Home All News Animals Seagull Has Been Visiting the Man Who Saved Him Almost Every Day... 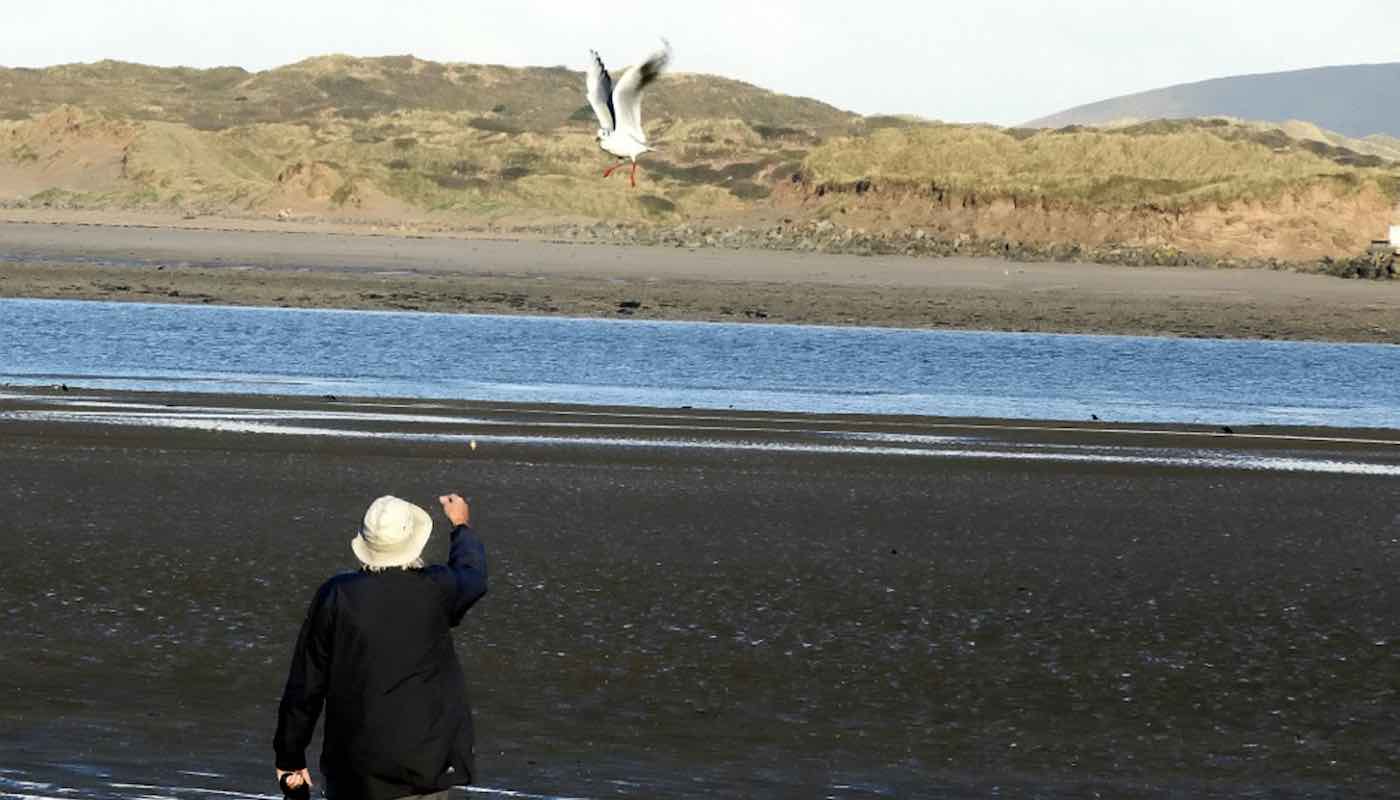 It has been 12 years since this elderly man saved the life of a seagull – and it still returns to visit him every day.

John Sumner and his feathered friend ‘Chirpy’ have developed a unique bond since they started spending a portion of each chilly seasonal day playing together on the beach.

Sumner first met Chirpy when the bird had a broken leg. Luckily for the seagull, Sumner helped to nurse him back to health.

“I saw him screaming and shouting above my head in agony and I did not know what to do,” recalled 80-year-old Sumner. “The next day he came around me again and tried to land, but was screaming in pain. I did not think he would live, his leg was completely broken.”

WATCH: ‘Walking Dead’ Star Gives Happy Ending to Emu and Donkey That Refused to Be Separated

To help the bird, Sumner fed it dog biscuits that he had originally brought along to the beach for his pet Jack; a tradition that he has repeated every time he has returned to the sandy shores.

With the help of his human counterpart, Chirpy’s leg healed, and although it was a bit crooked, the bird was back to his regular self – and it now shares a special friendship with Sumner.

“He comes right up to me, he gets so close. He won’t go to anybody else but me, so he has got some sort of relationship with me,” says Sumner. “In March, he will go off and do his natural thing and then in September, he is back with me as normal after they have done their nesting.

Chirpy, who is believed to be around 20 years old, won’t approach anyone else on Instow Beach near Yelland, Devon – but the bird will fly straight over to Sumner as soon as he arrives.

LOOK: Squirrel Rescued From Roadside Now Hides Nuts in His Human’s Hair as He Prepares for Winter

“There’s not that many black-headed gulls on Instow Beach. If there was more than 20, I’d be surprised,” he added. “He encourages the rest to come over, but he is the only one that comes close to me and he will just stay there and hover.

“People are aghast when I tell them, they can’t believe a seagull would come back like that. It makes you wonder what kind of world we actually are in – do they know more than we think they know?”