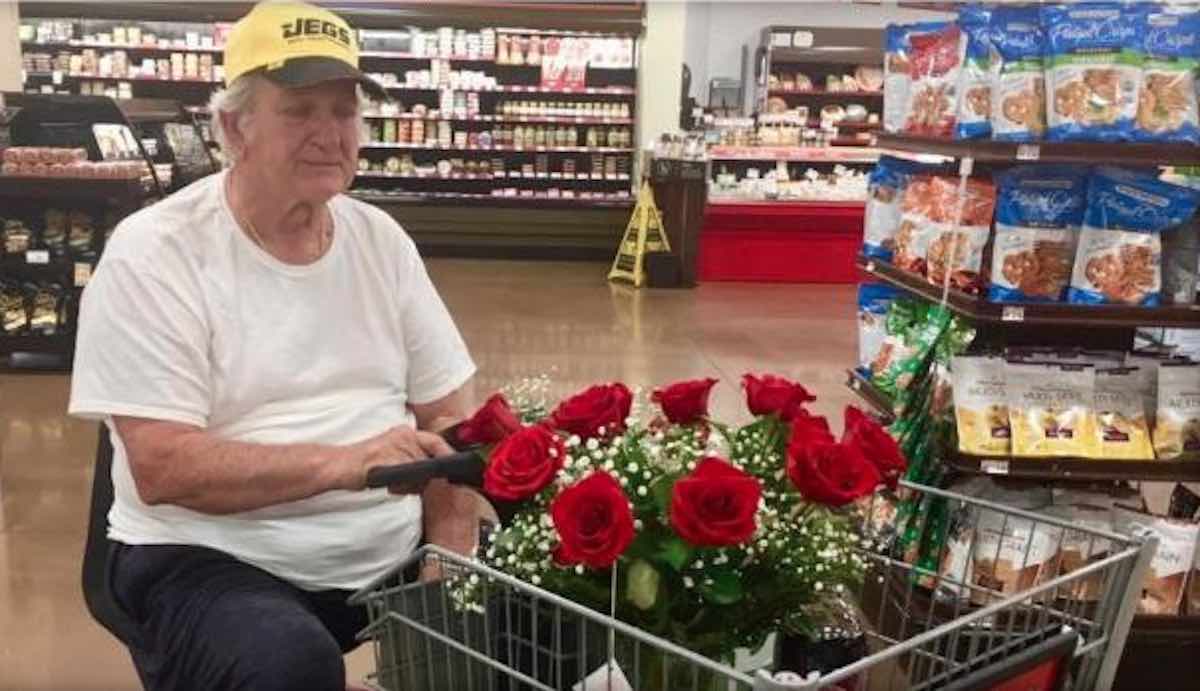 There’s no better way to celebrate a happy occasion than with cake and red roses – so when Gregory Jonson saw an older man in a wheelchair buying a bouquet of flowers and a cake, he assumed there was something to be excited for.

“He had a dozen roses and a big birthday cake in his cart,” Johnson wrote in a Facebook post. “I made the comment, ‘it looks like you’ve got a big night planned.’ He glanced up at me with the saddest eyes I believe I’ve ever seen and told me his story.”

The man, who was called Jim, said that his wife Gloria had passed away five years ago. As a means of honoring her birthday, Jim started his annual tradition of putting roses out on his kitchen table and cutting two slices of cake for him and his wife.

“My heart just broke. I was just devastated and he looked completely broken. And I knew that I wanted to do whatever I could in that moment to take his mind off of his heartbreak,” Johnson told CBS News. “So I starting asking him questions about their life together and I believe his reminiscing made him feel better.”

LOOK: When Beach Wedding is Rained Out, Stranger Runs Up to Bride and Offers Up Her Home Instead

When given the chance to talk, Jim happily recounted how he first met Gloria in high school because she was a cheerleader for his rival basketball team. After his team won the game, he invited her to see him play the next night – which marked the start of what would become a 53-year marriage.

Jim and Johnson ended up chatting in the grocery store for a full 90 minutes. The manager of the Kroger soon approached them and explained how he had been taking pictures of Jim every year with his flowers to mark the occasion. Upon seeing the two men talking, the manager asked if he could take a photo of the both of them together – and according to Johnson, the difference between the two pictures was very noticeable.

“Now there was a grin on his face where in the earlier picture, a sad defeated man was photographed with his roses and birthday cake. He was happy in the moment,” Johnson wrote on Facebook.

RELATED: 15-Year-old Melts the Hearts of Airline Passengers When She Befriends Blind and Deaf Passenger

Jim then invited Johnson back to his home in Greenwood, Indiana to share the cake and celebrate Gloria’s birthday. Johnson accepted, saying he would be “honored.”

The two men ended up talking the night away, looking at old photos of Gloria, and reminiscing about the past. Johnson says that they plan on going out to lunch soon so they can continue facilitating their new friendship.

“Hopefully I made that little old man’s night a tad bit better,” wrote Johnson, “because he certainly made mine one of the best I’ve had in a long time.” 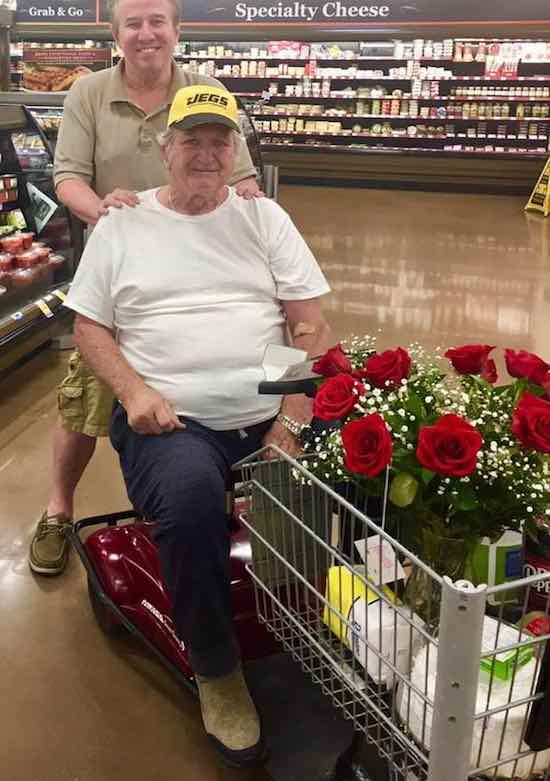