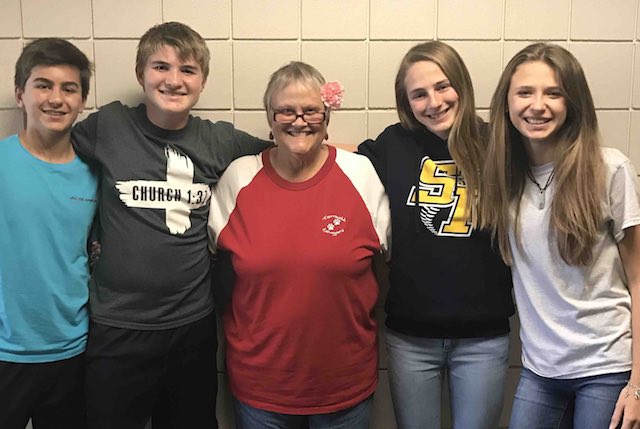 This teacher has touched the lives of so many students, they wanted to make sure that she would be able to complete every last thing on her bucket list before cancer would claim her future.

Kay Wistrand is a language arts teacher at Tomball Junior High School in Tomball, Texas. When doctors found an uncommon tumor in her spine, Wistrand’s students were heartbroken.

As Wistrand was telling her class that she had been given two to three years to live, she mentioned in passing that she had always dreamed of going to California, seeing the redwoods, and dipping her toes in the Pacific Ocean – all of which she had never done before.

Four of her students decided to fund her bucket list journey through California and started a GoFundMe campaign with a $7,500 goal. Since it was created in February, the page has raised $10,000.

“Kay Wistrand is one of the best people I have ever had the opportunity to meet. She is an AMAZING English Language Arts teacher … And [she] is one of the best teachers I’ve ever had,” says the page’s creator Mickey Nolen. “Mrs. Wistrand has loved all of her students so much for many years. We just want to return the favor for all of the hard work she has put in to teach the youth of our community.”

Wistrand was so touched by the gesture, she announced her retirement upon realizing that she could finally journey to California – and all her students have since wished her bon voyage.