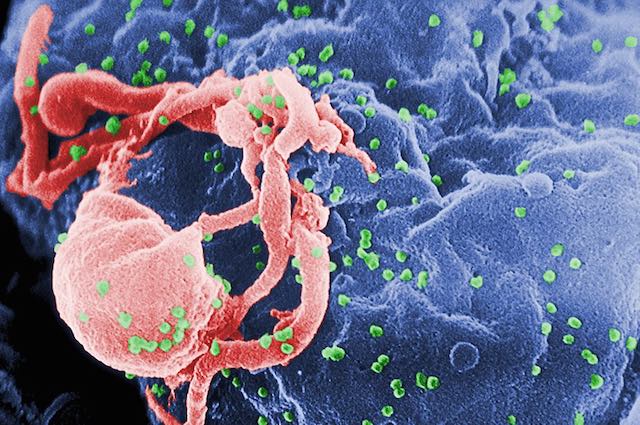 This exciting new study shows that we may finally have the treatment to stop the HIV/AIDS epidemic for good.

The 8-year study monitored the health and activity of almost 1,000 gay couples across Europe.

Each couple consisted of one HIV-negative person and one HIV-positive person who was on effective treatment for the virus and had minimal amounts of the virus in their bloodstream.

The researchers are now thrilled to report that there were zero cases of infection amongst the couples, regardless of the amount of sexual contact.

RELATED: Years After She Smells Parkinson’s Disease on Her Husband, Woman is Now Paving the Way for Early Detection Test

The study’s success builds on earlier research that proved the treatment’s efficacy amongst heterosexual couples. This study nows shows that antiretroviral treatments are just as effective in homosexual couples as they are for heterosexuals.

The study, which was conducted by researchers from the University College London and the University of Copenhagen, was published in The Lancet journal earlier this week.

“Our findings provide conclusive evidence for gay men that the risk of HIV transmission with suppressive ART is zero,” said the study’s lead author, Professor Alison Rodger from the UCL Institute for Global Health.

“This message has been endorsed by more than 780 HIV organizations in 96 countries and can help end the HIV pandemic by preventing HIV transmission, and tackling the stigma and discrimination that many people with HIV face,” she added.

“Increased efforts must now focus on wider dissemination of this powerful message and ensuring that all HIV-positive people have access to testing, effective treatment, adherence support and linkage to care to help maintain an undetectable viral load.”

LOOK: In ‘World First’ Blind People Have Their Vision Restored Thanks to Stem Cells From Deceased Organ Donors

Dr. Michael Brady, Medical Director at Terrence Higgins Trust, said: “It is impossible to overstate the importance of these findings.

“The … study has given us the confidence to say, without doubt, that people living with HIV who are on effective treatment cannot pass the virus on to their sexual partners.

“This has incredible impact on the lives of people living with HIV and is a powerful message to address HIV-related stigma.”

Cure Your Friends Of Negativity By Sharing The Good News To Social Media… (Photo by C Goldsmith, Centers For Disease Control and Prevention)