Home All News Health He Was Called Foolish for His Research; Now Documentary Tells How He... 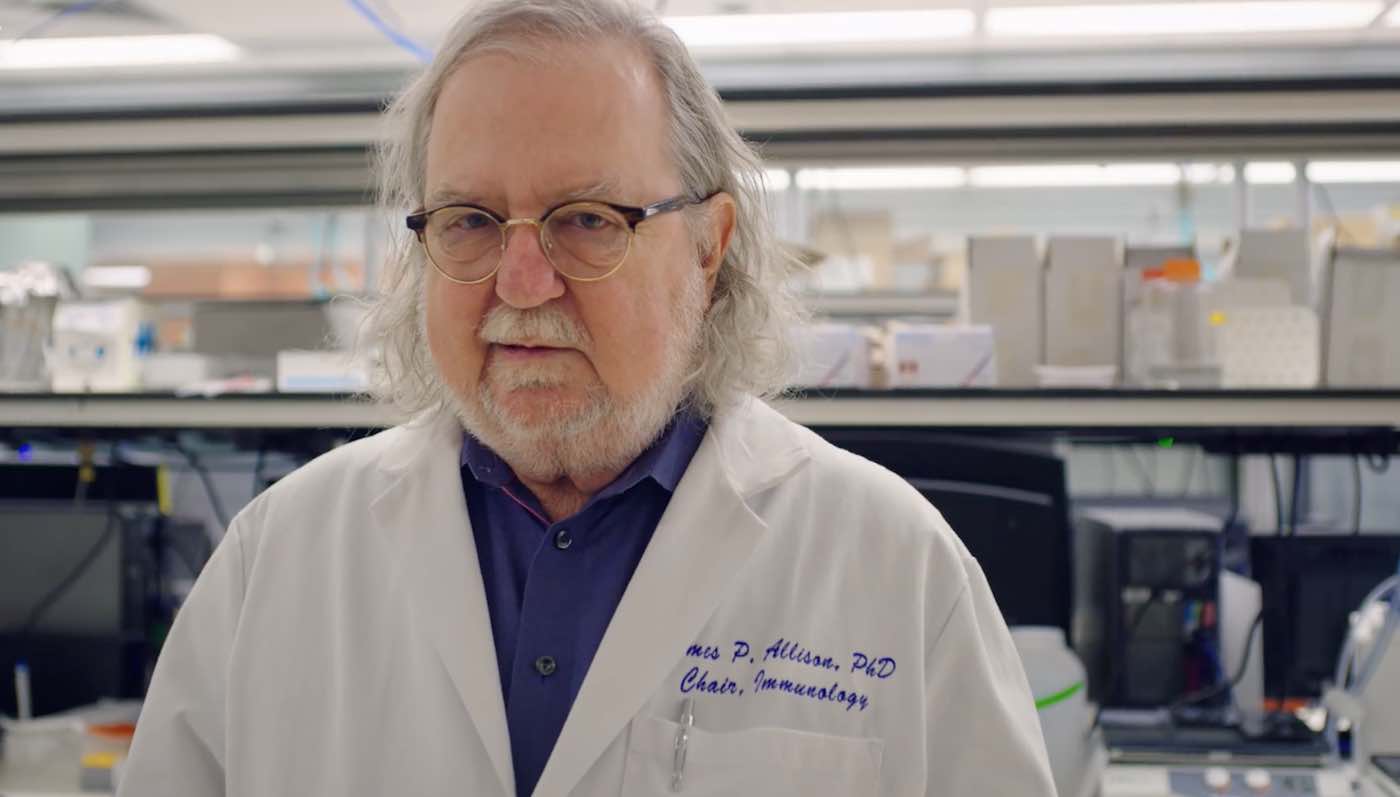 Jim Allison has been the quiet hero behind some of the most ground-breaking medical research of the last quarter century—but before he won the Nobel prize for his work, he was laboring tirelessly to proves his theories against a skeptical scientific community.

Back in the 90s, Allison was called “foolish” for claiming that the immune system could fight off cancer. Despite being shot down time and time again by medical researchers and pharmaceutical companies, Allison developed the basis for immuno-oncology drugs – also known as “lpi.”

Allison first became inspired to research cancer treatments as a result of his mother passing away after a long and debilitating battle with lymphoma when he was just 11 years old. After his mother’s passing, Allison would go on to lose a brother and two uncles to cancer; and he himself would end up beating cancer three different times.

Yet, Allison spent years pushing his research until it finally came to fruition and became the framework for several cancer treatments that made tumors disappear.

Since their development, lpi cancer treatments have successfully treated over one million people diagnosed worldwide, including the former president Jimmy Carter.

“I didn’t launch this work to try to cure cancer, but once I saw the implications for patients worldwide, I was fiercely determined to build drugs for cancer patients!” said Allison, who is a professor and chair of immunology and executive director of immunotherapy platform at the MD Anderson Cancer Center at the University of Texas.

As a means of thanking him for his determined efforts, Allison was co-awarded the 2018 Nobel prize for physiology or medicine. More recently, film director Bill Haney released a documentary about Allison last month called Breakthrough – and it has been hailed as a masterpiece since its release.

“I was interested in doing a documentary that united Americans,” said director Bill Haney. “One of the blessings of Jim’s work is there are no Americans—rich, poor, North, South, red, blue—who are pro-cancer. By watching the amazing work of Jim and his team of inspiring collaborators, we can see how to work together for the common good. The scientific revolution that Jim has sparked in immuno-oncology is changing the lives of millions of patients and their families, worldwide.”

(WATCH the Breakthrough documentary trailer below)