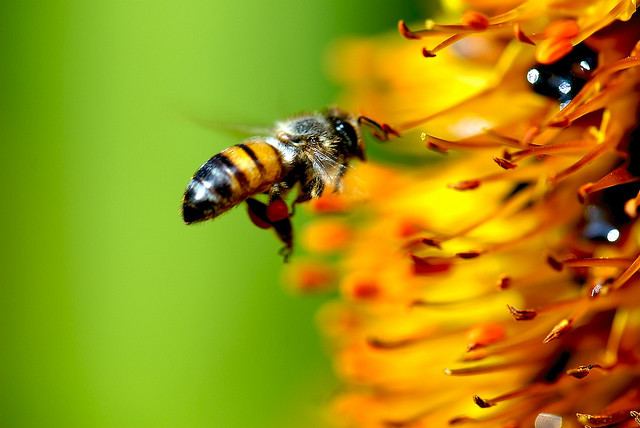 UK supermarket Tesco has already impressed shoppers by giving all their unsold produce to charity, investing in solar, and accommodating disabled shoppers – and now they’re adding to the list by giving all of their surplus sugar away to hungry honeybees.

White granulated sugar from split bags would normally go into the trash, but now over 10 different Tesco branches will be sending the wasted sweetener – along with the unused sugar used in the grocery store bakeries – to the Bee Improvement Programme for Cornwall. The sugar can then be made into a formula that will nurse the bees through the autumn and winter months.

The UK honeybee populations have dwindled to about one third of their original numbers since 2007 due to pesticides and diseases.

RELATED: Tesco to Give All Unsold Food to Charity in its 800 UK Supermarkets

“Recent poor summers have also contributed to bees struggling to get enough stores into the hives to feed their colony throughout the winter,” said Nick Bentham-Green, chairman of BIPCo. “The Tesco scheme is a great help, especially at this time of year, and is helping towards the conservation of the native British honey bee.”

Tesco is also helping their beloved bees through their Bags of Help initiative – a program that donates money raised from the sale of carrier bags to local community projects across the UK.

“Bees are not only central to the process of pollinating crops which later become our food but are an iconic part of the great British countryside” said Lucy Hughes, Tesco’s community manager at its store in Callington, Cornwall. “I hope this project will go some way to support our local bees and help them through the winter months.”