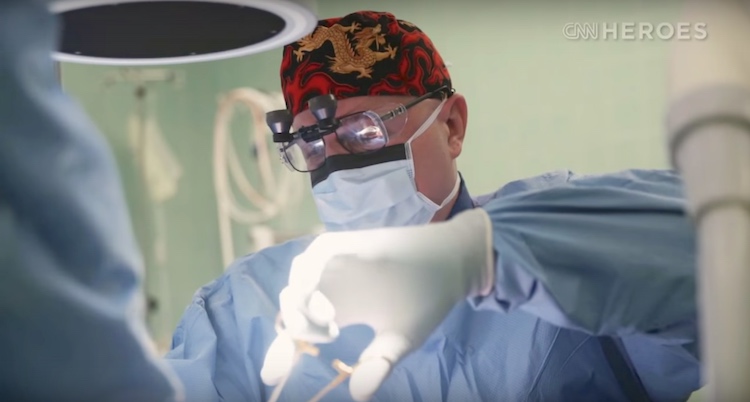 When a doctor grew concerned with patients being put on waiting lists because they could not afford treatment, he started his own clinics — and treated 100,000 people, whether they could pay or not.

Dr. Daniel Ivankovich founded the nonprofit, OnePatient Global Health Initiative, in 2010, so he could provide health care regardless of insurance or people’s ability to pay.

RELATED: She Had No Medical Degree or PhD But Just Won Nobel Prize for Medicine

It’s allowed him to open three clinics is some of the poorest and underserved parts of Chicago, Illinois and to make medical trips to Haiti to help people abroad.

He now performs 600 surgeries every year for people who couldn’t otherwise afford it — and has treated 100,000 patients for other conditions through his OnePatient clinics.

“We never turn away a patient,” Dr. Ivankovich told CNN. “The greatest thing we give them is hope.”

His work has made Dr. Ivankovich one of CNN’s Top Ten Heroes of the Year.

You can vote for him as your choice for Hero of the Year at CNNHeroes.com. The network will announce the winner at their annual televised award show December 6, and present the 2015 winner with $100,000 for continuing his or her good work.