Home All News Inspiring Teacher Brings Clippers to School So He Can Offer Free Haircuts to... 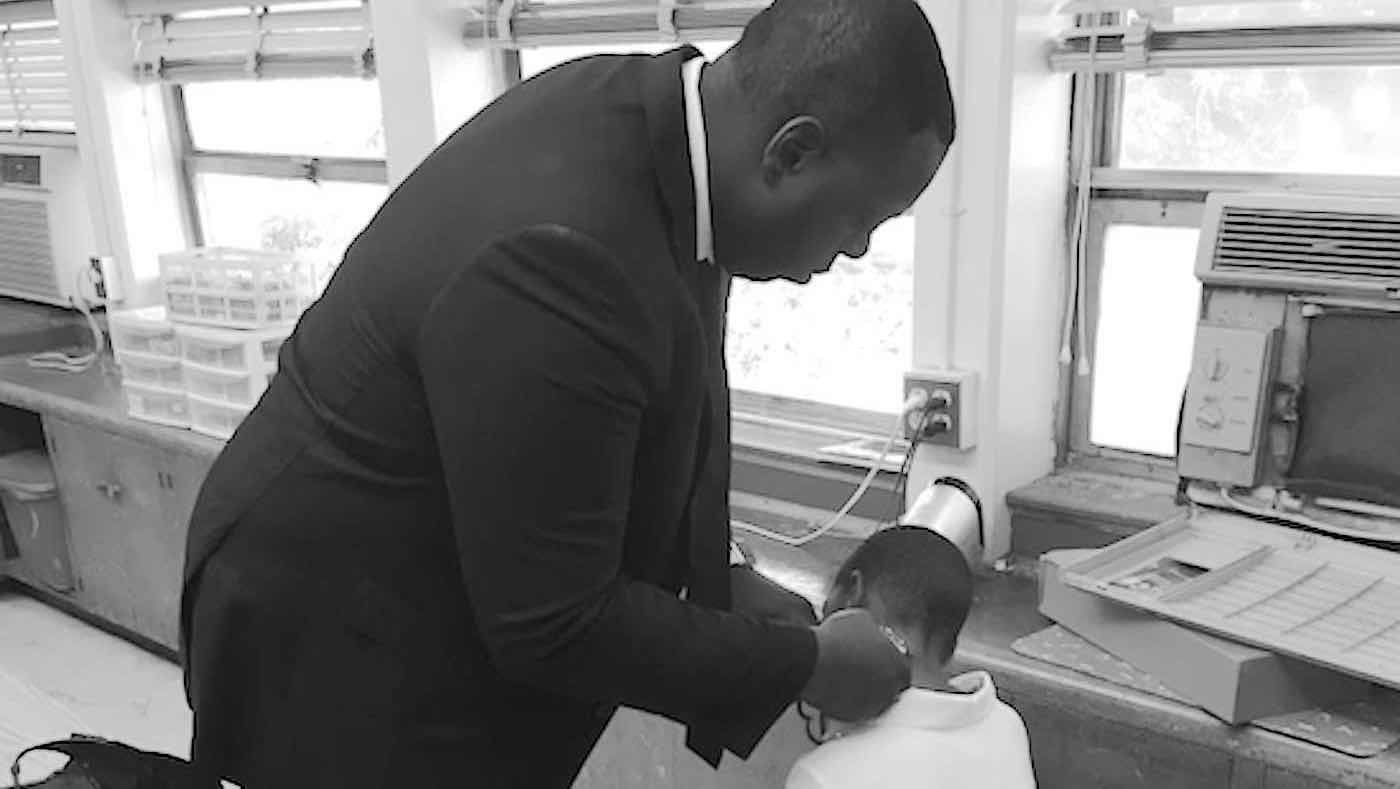 A fifth grade teacher went above and beyond the call of duty earlier this week in order to make his students feel confident as they started the next chapter of their young lives.

Robert Dunham, who is a teacher at Carver Elementary School in Richmond, Virginia, was getting ready to attend the school’s “Moving On Ceremony” when he felt compelled to grab a pair of his hair clippers before he left his house.

Every year, the school hosts the ceremony as a means of congratulating all the fifth grade students on finishing elementary school – and Dunham had an inkling that some of his students would want to spiffy up before the send-off ceremony.

“I had a gut feeling some of my boys were going to come today and they were not going to be prepared,” Dunham told WTVR in the interview below. “I remember my fifth grade Moving On Ceremony [so] something just said ‘take your clippers and put them in your bag.’

Sure enough, Dunham’s instincts turned out to be correct. After several of his shaggy-haired students accepted his offer for a free haircut, other teachers took notice of his makeshift barbershop and sent their own students in for haircuts.

Dunham says that he learned to cut hair as a child growing up in Brooklyn because his father owned a chain of barbershops. He has also managed to hone his skills over the years by watching YouTube videos.

Despite how Dunham is now garnering plenty of social media praise for his labor of love, he says that he is simply happy to take care of his students.

“When I go to the barbershop, when I get a haircut, you feel good, you look good, you’ve got that confidence starting to come out of you,” he added. “I want every one of my students to be confident today. This is their special day.”