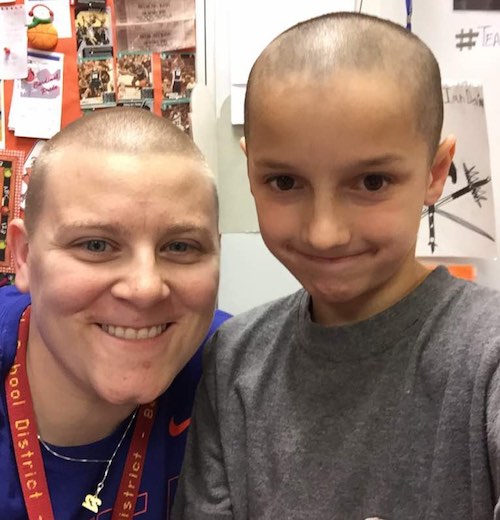 A shy, 4th grade student in Winlock, Washington was having a horrible day, being teased about his newly shaven head, which revealed a scar.

Seeing him crying so moved teacher Tori Nelson that she let him shave her own hair off at recess, while the other students cheered.

This nine-year-old’s worst day quickly became his “best day ever.”