Home All News Animals Thousands of Blind Dogs Get New Leash on Life With This Wearable... 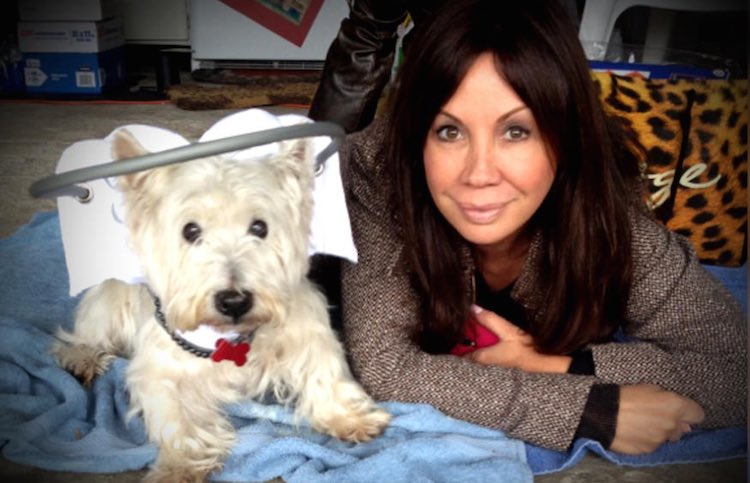 Sylvie Bordeaux was heartbroken when her toy poodle Muffin started going blind from cataracts in his eyes.

His vision problems came after Muffin was subjected to a cancer scare in 2011. When he lost sight entirely, the pup became depressed and frustrated from unsuccessfully attempting to navigate his surroundings.

People were telling Sylvie that she would have to put Muffin out of his misery – but the stubborn dog owner instead decided to take matters into her own hands.

Sylvie then created a revolutionary device that acted as a wearable cane for Muffin. Lovingly dubbed “Muffin’s Halo”, the contraption was made up of a metal ring that encircled the dog’s head, thus protecting him from bumping his head into objects. By simply attaching it to a cloth brace that strapped around the dog’s torso, Muffin could then move without fear of running into walls or furniture.

Sylvie estimates that she has manufactured over 15,000 of Muffin’s Haloes for other blind dogs around the world.

Though Muffin passed away in 2016, Sylvie still sells the handmade devices for other hounds just like him.