Home All News Health New Research Says That ‘Tickling’ Ear Therapy Could Slow Down Symptoms of... 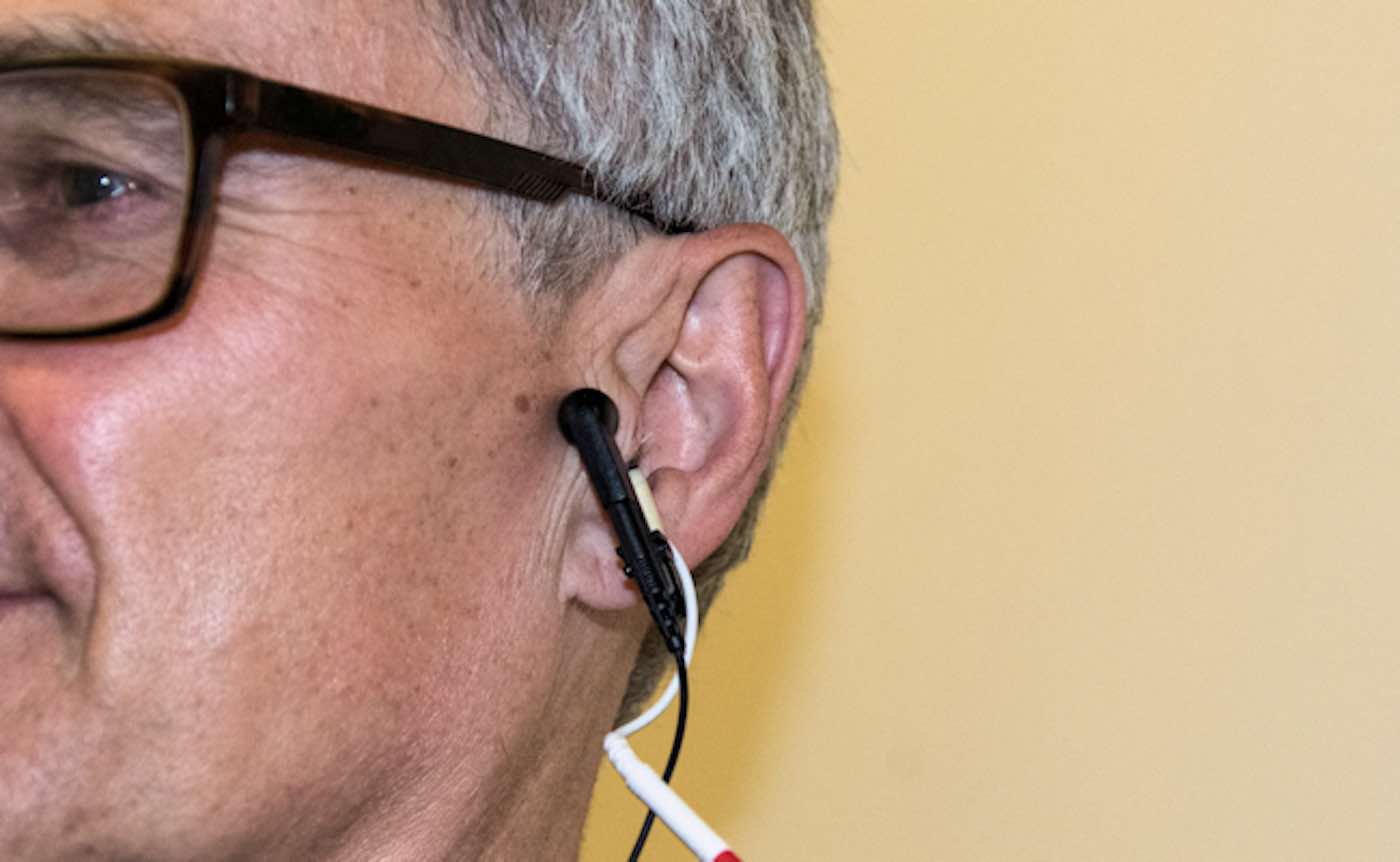 A new study says that “tickling” the ear with a small electrical current might slow down some of the effects of aging.

Scientists from the University of Leeds found that a short daily therapy delivered for two weeks for people over the age of 55 led to both physiological and wellbeing improvements, including a better quality of life, mood and sleep.

The therapy, called transcutaneous vagus nerve stimulation, delivers a small, painless electrical current to the ear, which sends signals to the body’s nervous system through the vagus nerve.

Their measurements showed the therapy could help protect people from chronic diseases to which we become more prone as we get older, such as high blood pressure, heart disease and atrial fibrillation.

The researchers, who published their findings this week in the journal Aging, suggest that the “tickle” therapy has the potential to help people age more healthily by recalibrating the body’s internal control system—also known as the autonomic nervous system.

“The ear is like a gateway through which we can tinker with the body’s metabolic balance, without the need for medication or invasive procedures,” said Lead author Dr. Beatrice Bretherton, from the School of Biomedical Sciences at the University of Leeds. “We believe these results are just the tip of the iceberg.”

“We are excited to investigate further into the effects and potential long-term benefits of daily ear stimulation, as we have seen a great response to the treatment so far,” she added.

The autonomic nervous system controls many of the body’s functions which don’t require conscious thought, such as digestion, breathing, heart rate and blood pressure.It contains two branches, the sympathetic and the parasympathetic, which work against each other to maintain a healthy balance of activity. The sympathetic branch helps the body prepare for high intensity “fight or flight” activity, whilst the parasympathetic is crucial to low intensity “rest and digest” activity.

As we age, and when we are fighting diseases, the body’s balance changes such that the sympathetic branch begins to dominate. This imbalance makes us more susceptible to new diseases and leads to the breakdown of healthy bodily function as we get older.

CHECK OUT: Scientists Found Flute Music That Helps to Build the Brains of Premature Babies

Clinicians have long been interested in the potential for using electrical currents to influence the nervous system. The vagus nerve, the major nerve of the parasympathetic system, has often been used for electrical stimulation and past research has looked at the possibility of using vagus nerve stimulation to tackle depression, epilepsy, obesity, stroke, tinnitus, and heart conditions.

However, this kind of stimulation needs surgery to implant electrodes in the neck region, with associated expense and a small risks of side effects. Fortunately, there is one small branch of the vagus nerve that can be stimulated without surgery, located in the skin of specific parts of the outer ear.

In Leeds, previous controlled research studies have shown that applying a small electrical stimulus to the vagus nerve at the ear, which some people perceive as a tickling sensation, improves the balance of the autonomic nervous system in healthy 30-year-olds.

Other researchers worldwide are now investigating if this transcutaneous vagus nerve stimulation (tVNS) could provide a therapy for conditions ranging from heart problems to mental health.

In their new second study of this therapy (the first one included a placebo sham intervention), scientists at the University of Leeds wanted to see whether tVNS could benefit over 55-year-olds, who are more likely to have out-of-balance autonomic systems that could contribute to health issues associated with aging.

They recruited 29 healthy volunteers, aged 55 or above, and gave each of them the tVNS therapy for 15 minutes per day, over a two week period. Participants were taught to self-administer the therapy at home during the study.

Being able to correct this balance of activity could help us age more healthily, as well as having the potential to help people with a variety of disorders such as heart disease and some mental health issues. Additionally, improving the balance of the autonomic nervous system lowers an individual’s risk of death, as well as the need for medication or hospital visits.

MORE: Broccoli Isn’t Just Good For You – Scientists Find It Holds Molecule That Could Be the ‘Achilles’s Heel’ of Cancer

Researchers found that individuals who displayed the greatest imbalance at the start of the study experienced the most pronounced improvements after receiving the therapy.

Further studies are now needed to understand what the long-term health effects of tVNS might be, as this study involved a small number of participants, over a short time period.

Edited from article by the University of Leeds