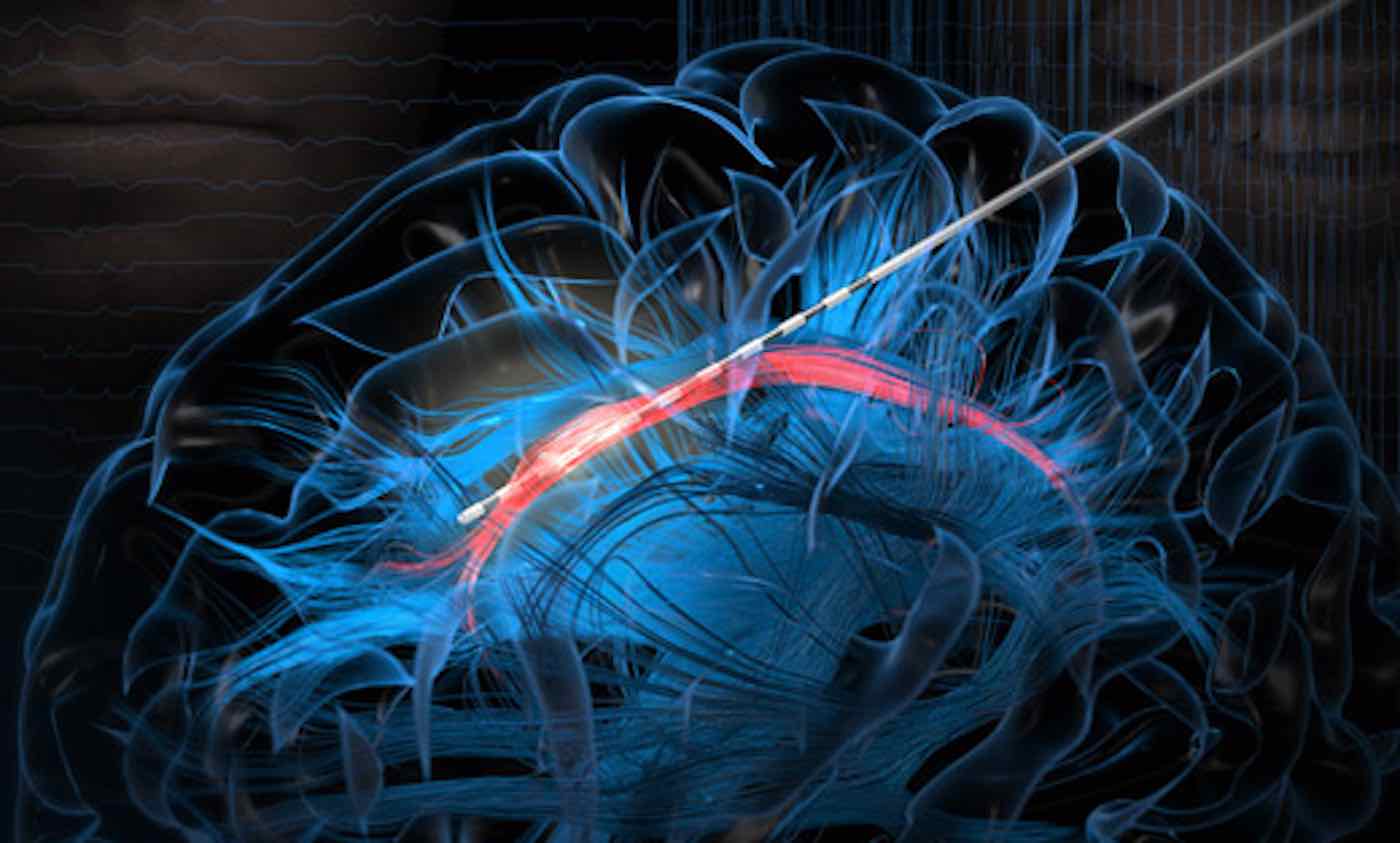 For the first time in America since the procedure was approved for commercial use last year, scientists have successfully treated a patient for drug-resistant epilipsy with a technique called “deep brain stimulation” (DBS).

DBS is a minimally-invasive surgical therapy that uses an implanted medical device, similar to a cardiac pacemaker, to deliver electrical stimulation to precisely targeted areas of the brain as adjunctive treatment for several neurological disorders – including depression.

In April 2018, the FDA granted pre-market approval for Medtronic DBS therapy as adjunctive treatment for reducing the frequency of partial-onset seizures in individuals 18 years of age or older who are drug-resistant to three or more anti-epileptic medications.

The approval was based on results from the SANTE trial (Stimulation of the Anterior Nucleus of the Thalamus in Epilepsy), where patients had a median seizure frequency reduction of 75% at seven years post-implant.

During DBS, thin stimulation electrodes are placed into deep regions of the brain that control various functions. A pacemaker implanted in the chest sends electrical impulses through the electrodes, which regularizes abnormal brain activity and alleviates symptoms.

DBS therapy for epilepsy delivers controlled electrical pulses to a target in the brain called the anterior nucleus of the thalamus (ANT), which is part of a network involved in seizures.

Dr. Robert E. Gross completed the first case in the U.S. since the procedure was FDA-approved and made available commercially. That procedure was conducted at Emory University Hospital in November 2018 – and according to a university statement in February, the patient is doing well.

“The commercial availability of DBS provides an important surgical treatment option for patients who suffer from epilepsy and do not respond to medication,” says Gross. “ANT DBS has been shown to significantly reduce the frequency and severity of seizures and improve quality of life out to seven years.”

“While it has only been two months since the system was turned on, his frequency of seizures has declined by more than 50%, and we expect improvement to increase further with additional programming sessions.”

The second case at Emory took place on February 21st and researchers are eager to witness its continued success.

CHECK OUT: Years After She Smells Parkinson’s Disease on Her Husband, Woman is Now Paving the Way for Early Detection Test

According to the American Epilepsy Society, as many as three million Americans have epilepsy. Antiepileptic drug (AED) medication is the primary treatment to control seizures; however, approximately one third of individuals with epilepsy have seizures that do not successfully respond to AEDs. In the SANTE trial, all subjects had tried at least three AEDs and, on average, lived with epilepsy for 22 years prior to treatment with DBS.

The Medtronic DBS System for Epilepsy has demonstrated safety and effectiveness in patients who averaged six or more seizures per month over the three most recent months (with no more than 30 days between seizures) and has not been evaluated in patients with less frequent seizures.

In addition to medically refractory epilepsy, DBS therapy is currently approved in many locations around the world, including the United States and Europe, for the treatment of the disabling symptoms of essential tremor and Parkinson’s disease.