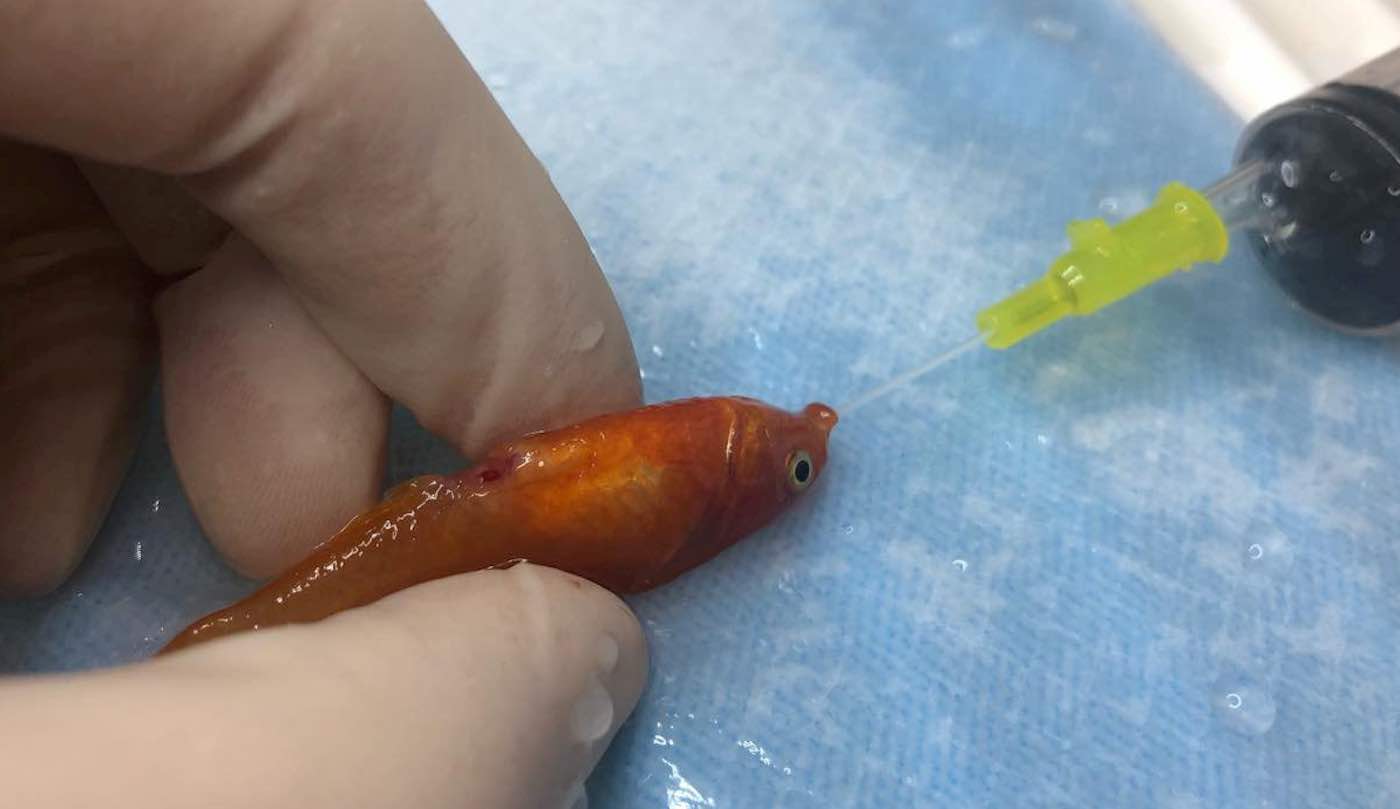 A tiny pet fish weighing less than one gram (0.03 ounces) has just become the smallest surgical patient in the UK after veterinarians successfully removed a tumor from its belly.

The molly fish, which was named Molly after its species, was rushed into the Highscoft Rabbit, Small Mammal, and Exotic Vets practice in Bristol, England after its owners noticed a large lump on its tummy.

The vets, who normally operate on the likes of iguanas, snakes and crocodiles, says the 1g-fish is the smallest animal to go under the knife.

“A couple had been given the molly fish by an elderly neighbor, but after a few weeks they noticed a lump on her underbelly and brought her in,” said exotic species vet Sonya Miles. “It was definitely the smallest animal we’ve seen here. It barely registered on our scales.

“It’s not common across the UK to bring your fish to the vets, but it is here,” she added. “We are seeing more and more fish, which is great. It used to be the odd one or two every few months, but more and more people are realizing we are happy to see them.”

Immediately after vets diagnosed the lump as a tumor, they prepared Molly for emergency surgery.

The vets catheterized the molly fish’s mouth, anesthetizing its exterior, and removed the mass—all within 40 minutes.

The operation, which cost less than £100 ($124), was hailed a success after Molly woke up within minutes of the anesthetic being removed and returned home to her tank later that day.

CHECK OUT: Years After Dog Dies, Nurse Starts Collecting Pacemakers From Human Patients to Give to Pets in Need

“It’s a pretty simple procedure and took no longer than thirty or forty minutes,” explained Miles. “We submerged the fish in a container of anesthetic solution. Once the righting reflex was lost and the fish was asleep, it was laid on the operating area.

“The fish was kept wet (which makes the puddle), the mouth was catheterized, and different concentrations of anesthetic were injected over the gills to keep the fish at a stable level of anesthesia.

“The incision was covered with a water-proof paste, as stitching the skin closed isn’t a possibility,” she continued. “The fish was then woken up in fresh oxygenated water. The operation was a success as we were able to remove the tumor before it started to upset the fish’s balance.

“You definitely have to have steady hands and good eyesight,” concluded Miles. “It was definitely a team effort.”

If This Story Floats Your Boat, Be Sure And Share It With Your Friends On Social Media…