Home All News Inspiring Tiny Library in Dr. Who Box Restored for Neighbors by Random Kindness 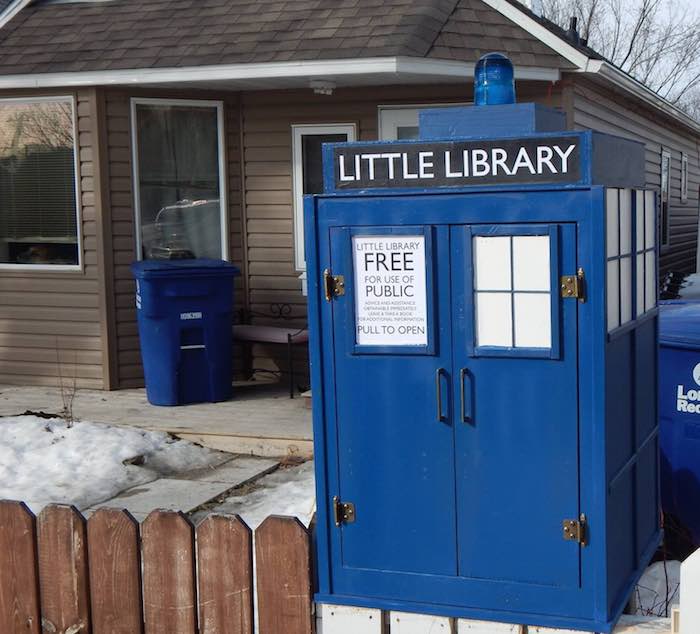 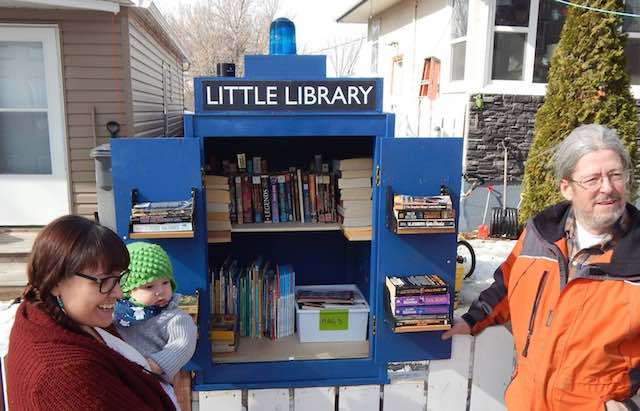 A mini library shaped like the blue police call box of Doctor Who fame began serving free stories and smiles last summer in a Saskatoon neighborhood. But the pay-it-forward library attracted its own criminal activity (the non-fiction sort) when on New Year’s Eve vandals struck and destroyed it.

Sarah Cochrane and her husband had converted a cupboard into the whimsical community library and mounted it on their Westmount neighborhood fence, where adults and kids would freely borrow and donate books. 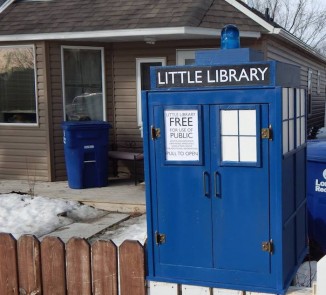 When local woodworker Dave Balderstone heard about the vandalism, he was so angry that he decided to rebuild the mini TARDIS for free.

The new library was unveiled on Sunday afternoon at Cochran’s home and the BBC television network, creator of the Doctor Who series, donated several books to the project after hearing about the story.

WATCH the video below. (READ more from the CBC)

SHARE the story with friends (below) / Story tip from Murray Lindsay