Home All News Inspiring This is the Moment Two Jewish Cousins Were Reunited After 75 Years... 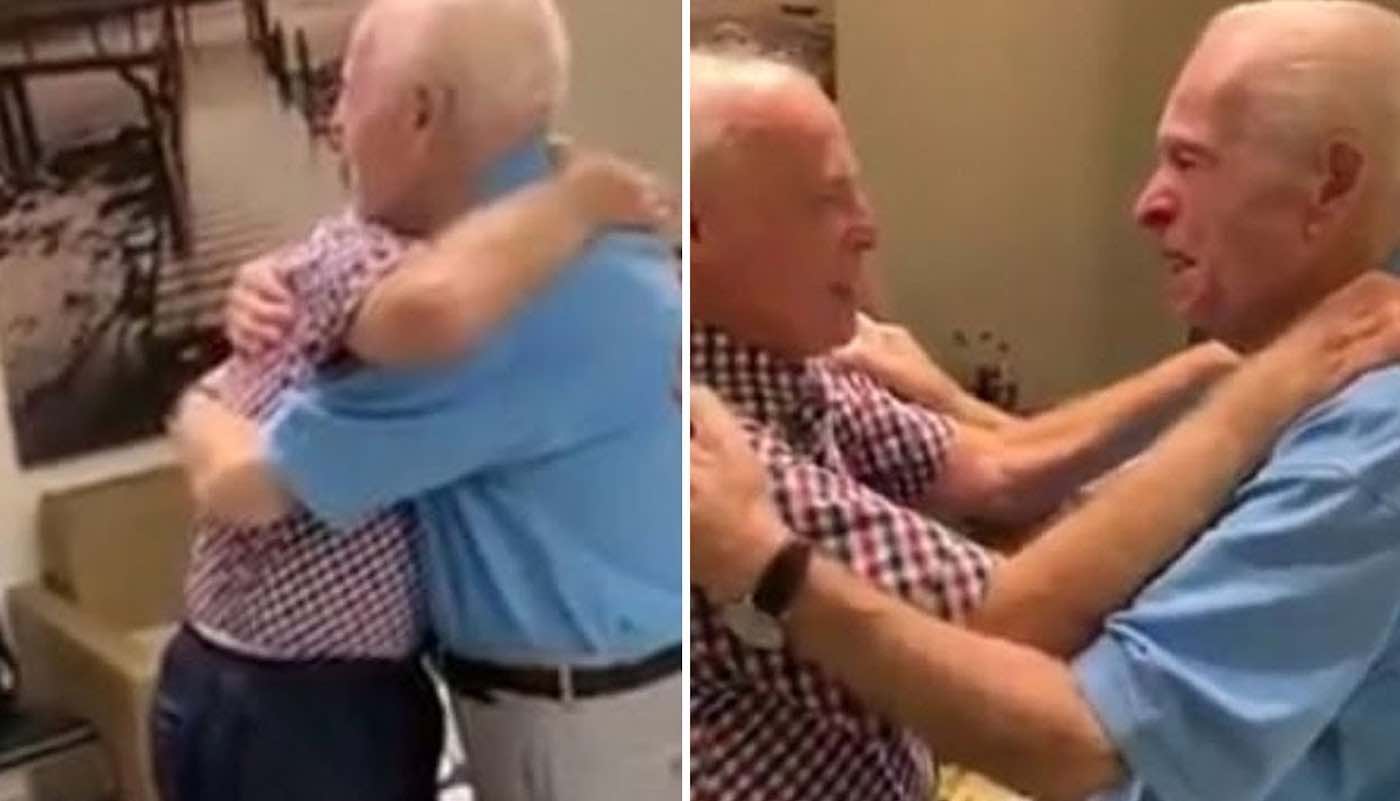 This emotional reunion between two WWII survivors has been 75 years in the making.

87-year-old Morris Sana and 85-year-old Simon Mairowitz are cousins who grew up together in Romania. The boys had been the best of friends until the Nazis invaded their country in 1940, which led to both families fleeing the country in separate directions.

Since the cousins had no way of communicating with each other after they fled their home nation, both of them assumed that the other had fallen victim to the war.

While Sana ended up settling down in Ra’anana, Israel, Mairowitz and his family found sanctuary in the UK.

Decades later, Sana’s daughter began using the internet to track down and befriend all of her father’s long-lost cousins and family members. When she told her dad that she’d found his beloved cousin, arrangements for a meeting between the two was set up in Tel Aviv.

Sana’s granddaughter Leetal Ofer recorded their emotional reunion in an Israeli hotel room and publish the footage to Facebook. In the video, Morris and Simon are tearfully hugging each other and expressing their gratitude for the meeting.

“75 years you waited,” Mairowitz says to his cousin. “It’s a long time. But we’ve got each other now.”

Ofer later described the reunion as “one of the most moving things I’ve ever seen.”

“The war tore so many families apart and to bring them together in Israel is so magical,” she added.