Home All News Health ‘Breakthrough’ Device Restores Visual Perception to the Blind So They Can See... 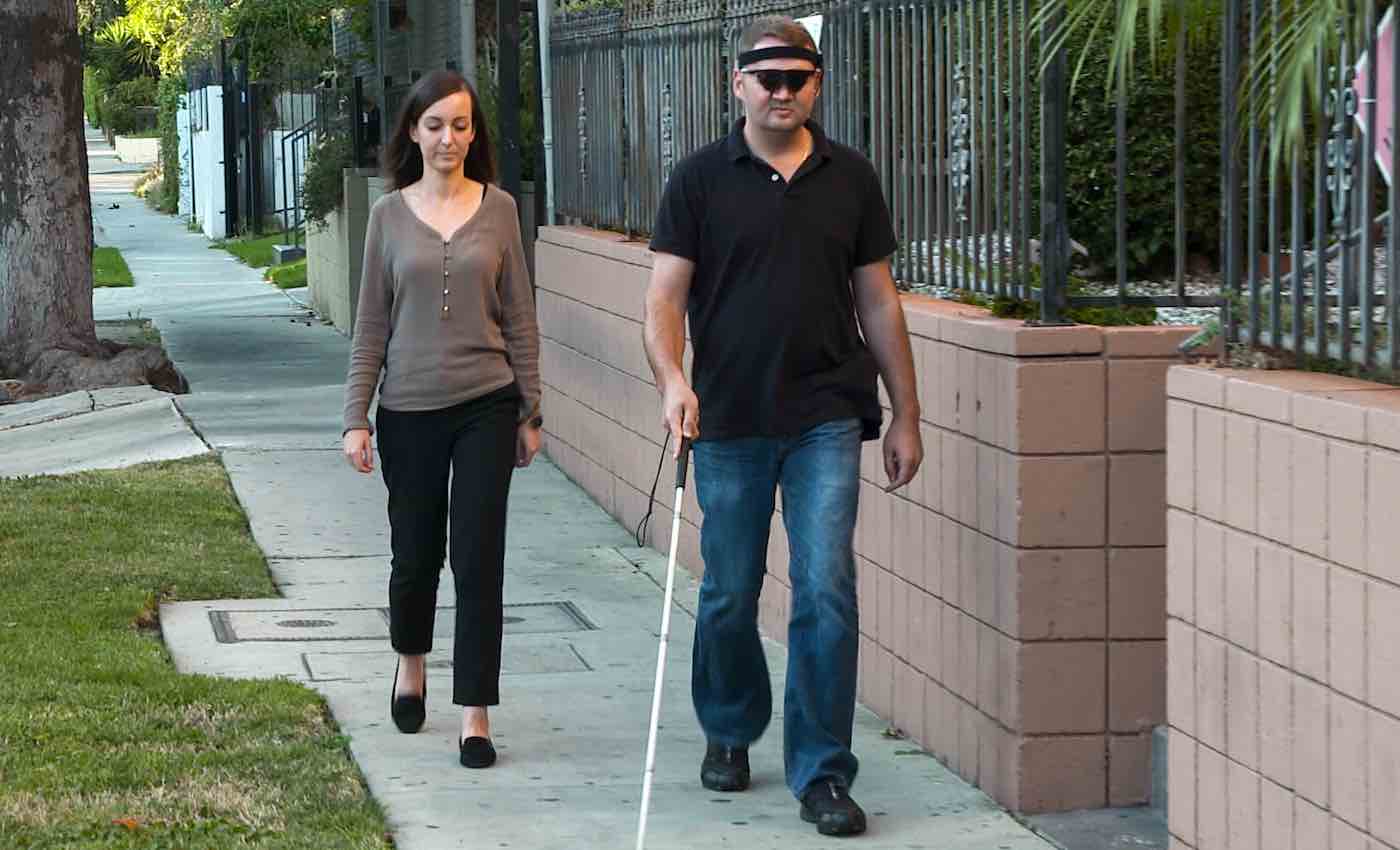 Seven years ago, Jason Esterhuizen was in a horrific car crash that destroyed his eyes, plunging him into total darkness.

Today, he’s regained visual perception and more independence, thanks to an experimental device implanted in his brain by researchers at UCLA Health.

“Now I can do things that I couldn’t do before,” said 30-year-old Esterhuizen, who moved from his native South Africa to participate in the clinical trial at UCLA. “I can sort the laundry, find my way in lighted hallways without using a cane and cross the street more safely. It’s making my life much easier.”

The device is geared to people who used to be able to see but lost their vision to injury or disease. While it doesn’t provide normal sight, it enhances users’ ability to navigate the world by restoring their capacity to detect movement and distinguish light and dark.

“This is the first time we’ve had a completely implantable device that people can use in their own homes without having to be plugged into an external device,” said Dr. Nader Pouratian, a neurosurgeon at UCLA Health and principal investigator of the five-year study. “It helps them recognize, for example, where a doorway is, where the sidewalk begins or ends or where the crosswalk is. These are all extremely meaningful events that can help improve people’s quality of life.”

Designated by the U.S. Food and Drug Administration as a “Breakthrough Device,” the system wirelessly converts images captured by a tiny video camera mounted on sunglasses into a series of electrical pulses. The pulses stimulate a set of 60 electrodes implanted on top of the brain’s visual cortex, which perceives patterns of light and interprets them as visual clues.

“I’ll see little white dots on a black background, like looking up at the stars at night,” said Esterhuizen, the world’s second research subject to receive the device, called Orion. “As a person walks toward me, I might see three little dots. As they move closer to me, more and more dots light up.”

Along with the glasses, the system also includes a belt equipped with a button, which patients can press to amplify dark objects in the sun, and press again to visualize light objects in the dark, such as an oncoming car’s headlights at night.

Six people have received the implant: the first three at UCLA Health, two at Baylor College of Medicine and the sixth at UCLA. Recipients have expressed delight at once again being able to enjoy fireworks and blow out candles on a birthday cake.

“It’s still a blast every time I turn it on,” Esterhuizen said. “After seeing absolutely nothing to all of a sudden seeing little flickers of light move around and figuring out that they mean something. It’s just amazing to have some form of functional vision again.”

The implant currently stimulates the left side of the patient’s brain. As a result, they perceive visual cues only from their right-side field of vision. Ultimately, the goal is to implant both sides of the brain to recover a full field of vision.

CHECK OUT: In ‘World First’ Blind People Have Their Vision Restored Thanks to Stem Cells From Deceased Organ Donors

“This device has the potential to restore useful vision to patients blinded by glaucoma, diabetic retinopathy, cancer and trauma,” Pouratian said. With research subjects’ input, he and his colleagues hope to one day adapt the device to also assist people who were born blind or have low vision.

Nearly 39 million people worldwide are legally blind. Because the Orion, developed and marketed by Second Sight Medical Products, directly stimulates the visual cortex, it can help people like Esterhuizen who have suffered damage to their retinas and optic nerves.

Esterhuizen, an upbeat athlete and adrenalin junkie who skydives, bungee jumps and recently competed with his team in the 2019 World Series for beep baseball — a form of America’s pastime for people who are visually impaired — credits his accident and the device for changing his life in countless ways.

LOOK: Man Carries Blind Dog for 800 Miles So She Can Build Confidence Walking the Rest of the Epic Hike on Her Own

“The day of my car accident, I was 23 and studying to become an airline pilot,” he wrote in his blog. “Life didn’t end there, it just changed for the better. I would not have met the love of my life, Sumarie.”

The couple celebrates their first wedding anniversary on Septeptember 22nd.

Reprinted from the University of California-Los Angeles