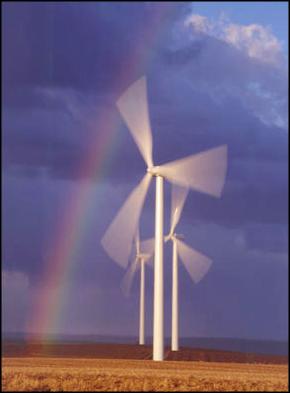 2012 has been the strongest year yet for the U.S. wind energy. The success of the federal Production Tax Credit and wind energy’s increased affordability are helping drive wind turbine installations to record levels in 2012, said the American Wind Energy Association.

The US is not just installing a record number of turbines, the nation now manufactures up to nearly 70 percent of the value of all equipment installed.

Thanks in part to the government tax credit, which is set to expire at the end of the year, more than 40,000 wind turbines across the country can now produce enough electricity to power the equivalent of all the homes in Michigan, Ohio, Iowa, Colorado, and Nevada combined.

America has added 4,728 MW of wind power so far this year, with another 8,430 MW currently under construction. Projects online as of October 1, and those under construction, are either owned by, or have contracted power with, 68 different utilities that deliver electricity to American homes.