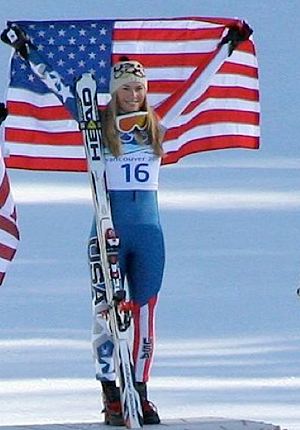 Vonn now has 14 career World Cup season titles, the most ever for any American woman, and she’s on course to win two more this year — her fourth overall globe and fourth super-G title.

Winning her first giant slalom World Cup race in October made her a member of the exclusive circle of all-event winners, joining seven other female alpine legends.

The 28-year-old Olympic champion from Vail, Colorado took home the Gold Medal in the 2010 women’s downhill race in Vancouver, the first ever in the event for an American woman.

(READ the story in ESPN)