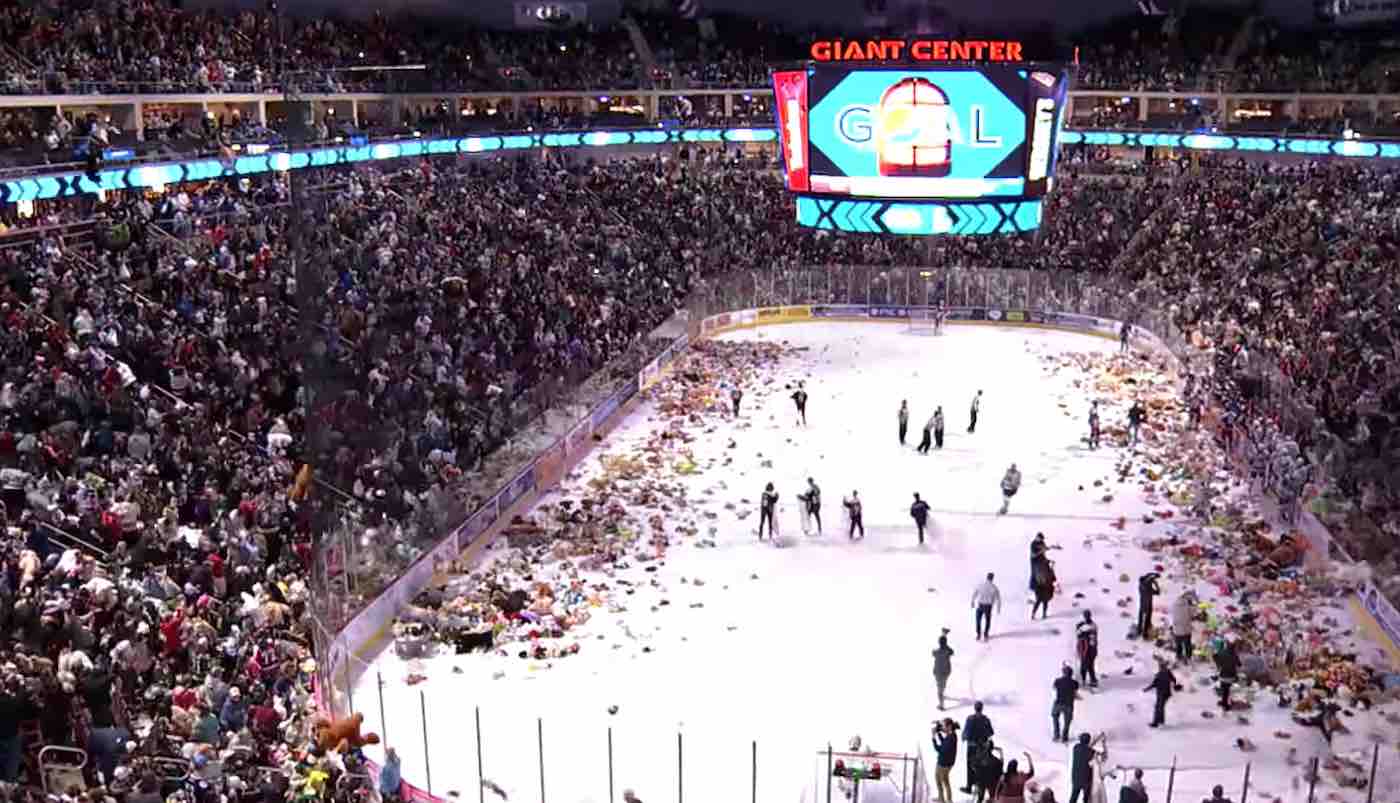 This Pennsylvania hockey team scored a lot more than just one point during their game—they also scored thousands of teddy bears for charity.

For the event, fans are encouraged to hurl teddy bears onto the ice whenever the home team scores their first goal of the game—and this years event set a new world record with 45,650 bears.

The exuberant downpour of teddies took place just eight minutes into the game against the Binghamton Devils at the Giant Center earlier this week.

The event ended up delaying the game by about 40 minutes, but the players were more than happy to celebrate the occasion by diving into the mountain of teddies.

The teddies, which broke last years record by more than 10,000 stuffed animals, will now be distributed amongst 40 different charities for the holiday season.

Be The Bearer Of Good News; Share This Sweet Story With Your Friends On Social Media — Feature photo by the Hershey Bears/Great Save Productions