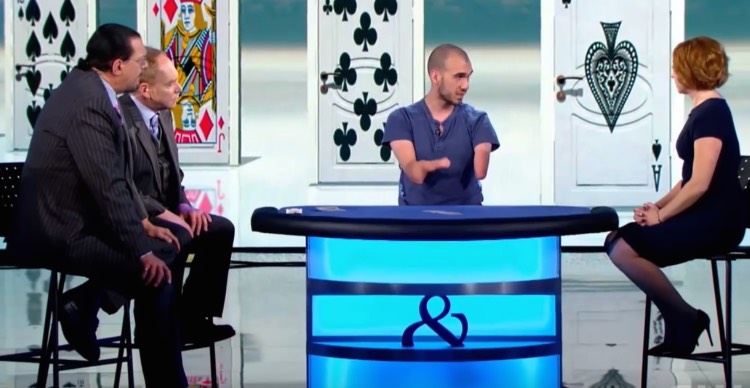 Even though Mahdi Gilbert was born without hands or feet, that didn’t stop him from becoming an award-winning magician on national television.

On Penn and Teller’s Las Vegas based TV show Fool Us, Mahdi wowed the crowd armed only with a deck of cards.

Since every magic trick in the book is based on having hands, Mahdi had to create his own techniques in order to perform his magic.

One he came to the dramatic reveal – with a little help from the audience – Penn and Teller were shocked.

“Wow!” exclaimed Penn on the show. “One of the things that we’re doing on this show is we read a lot of magic books and study a lot of magicians and watch a lot of videos and every single thing we watch and study is for people with hands.”

After a few more congratulatory words, the legendary magicians that Mahdi had looked up to his whole life declared themselves bamboozled.

(WATCH the inspiring magic show below)