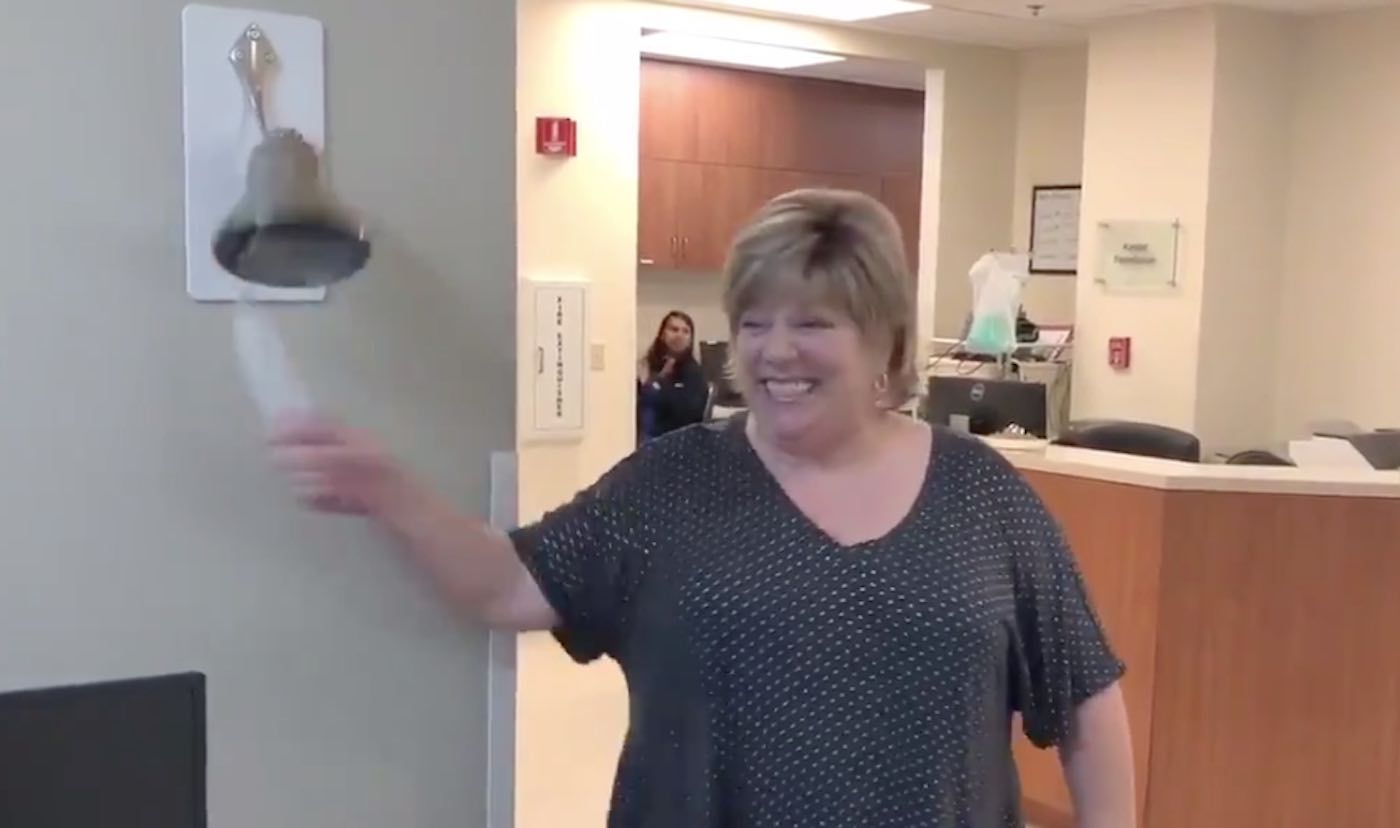 Most hospital patients are excited to ring a “cancer-free bell” once they’ve finished with their medical treatment—but a new video is winning hearts across the internet because of the woman whose Texas-sized excitement was on display.

Since Darla Jaye was diagnosed with breast cancer back in February, she has undergone 30 rounds of chemotherapy and radiation.

So when she finally finished with her last round of treatment at Harris Health System in Houston earlier this month, she was extremely delighted to get her hands on the hospital’s cancer-free bell.

RELATED: Watch Ugandan Woman’s Joyous Reaction When She is Given Her First-Ever Pair of Shoes, Thanks to a Stranger

As the nurses recorded Jaye excitedly announcing the end of her treatment, they caught the moment when she rang the bell so hard, the rope detached from the bell and went soaring through the air.

“I broke the bell,” she laughed. “That’s fantastic!”

The hospital staffers felt so proud of Jaye’s enthusiasm that they shared the sweet video on social media, expressed their admiration.

Jaye was also emotional over the symbolic ceremony. “I’ve looked forward to this day since February,” she told the hospital. “I was scared to death, but you guys saved my life!”

Congratulations to @DarlaJaye1 She completed her last round of radiation treatment for breast cancer. She was so excited, she broke the bell!
“I’ve looked forward to this day since February. I was scared to death, but you guys saved my life!” pic.twitter.com/4DnQmNGW9P