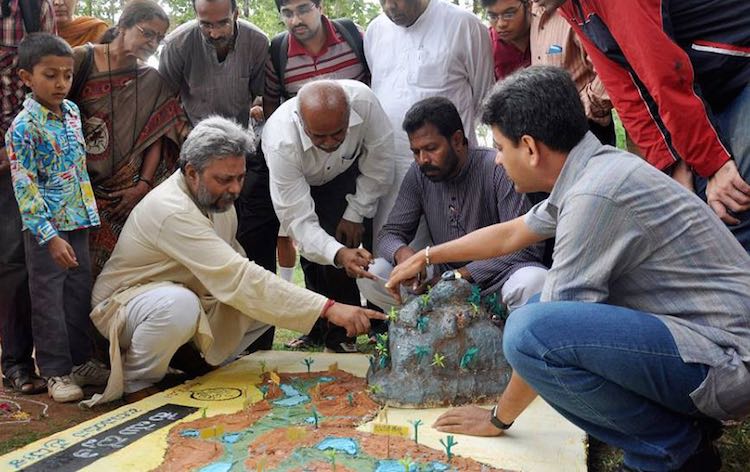 A $150,000 prize has been awarded to the “Water Gandhi of India” for his wildly successful work that turns abandoned, impoverished “dust bowls” into lush villages bustling with life again using an ancient method of rainwater harvesting.

For teaching thousands of villagers in India’s most arid region how to build earthen dams to catch the monsoon rains and revitalize their land, Rajendra Singh was honored with the 2015 Stockholm Water Prize.

30 years ago, Singh went to the poverty-stricken state of Rajasthan with the aim of setting up health clinics. He was told by villagers, however, that their greatest need was not health care, but water. Their wells had dried up. Soon after, crops wilted, rivers and forests disappeared, and many able-bodied villagers left in search for work in the cities. Women, children and the elderly were left behind without hope, as their villages became barren dust bowls.

So, instead of clinics, Singh showed them how to build johads, traditional earthen dams.

RELATED:Baby Tortoises Survive on Galapagos Island for the First Time in 100 Years

In the two decades since he arrived in Rajasthan, 8,600 johads have been built to collect water for 1,000 villages across the state. Nature then took over, replenishing the ground water. Rivers began flowing again and the forest cover increased, bringing back animals, like the antelope and, even, the majestic peacock, once on the verge of extinction in these parts. Women, once burdened with carrying water from miles away, now had time for other things. 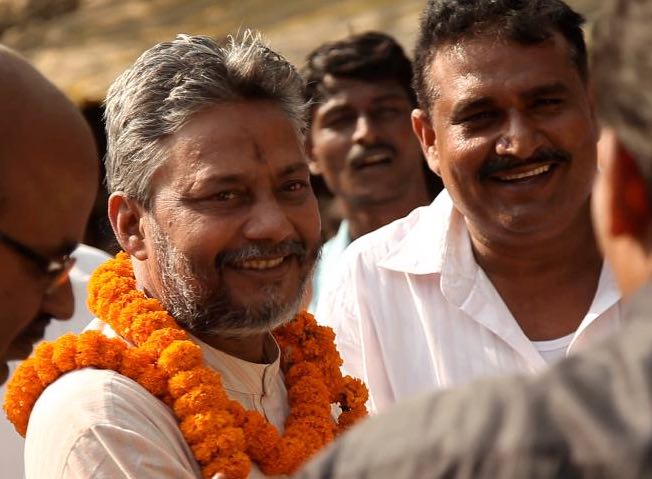 “If he hadn’t come into our lives, we wouldn’t be able to do anything,” one resident told CNN in the video below. “He’s like a God here.”

The traditional Indian methods of collecting and storing rainwater date back thousands of years, but fell out of use during British colonial rule.

Thanks to the “Water man of India” and colleagues at his NGO, Tarun Bharat Sangh, some of the poorest communities of India are now prosperous— empowered once again by agricultural livelihoods.

Climate change is changing weather patterns around the world, leading to more frequent and intense droughts and floods. Learning how to harvest rainwater, cutting the peaks of water to fill the troughs, will be a key skill in most parts of the world.

“Due to the harvesting of rain and recharging our groundwater, there is no scope for drought or floods in our area,” says Rajendra Singh, who called his recent Water Prize award encouraging, energizing and inspiring.  “This work of ours is a way to solve both floods and droughts globally. Therefore we believe the impact of this work is on the local level, national level, the international level and above all at the village level.