Home All News Sports When Goalie Loses First Game 11-0, His Dad Posts Clip of His... 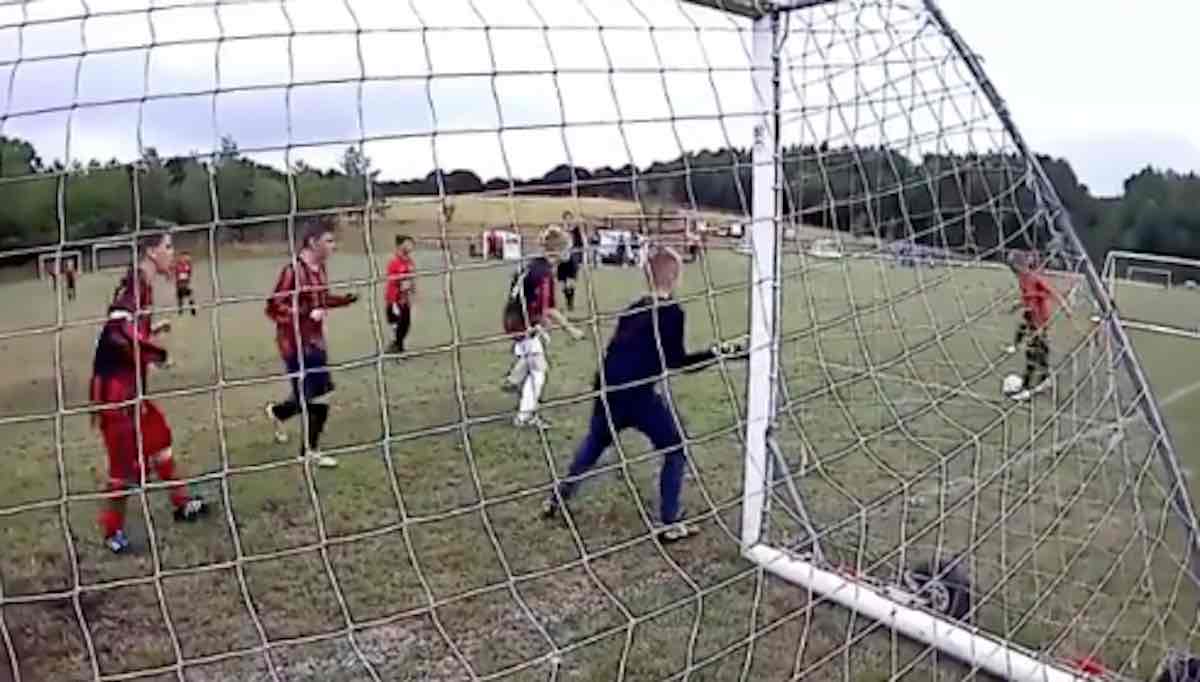 A young boy is receiving an outpouring of love and support from top athletes after his father posted a video of his game to Twitter with a special request.

Allan Ogle was delighted to watch his son Harrison debut as a soccer goalie for the youngster’s division of the Sheffield-side MDS Beighton Falcons in Chesterfield, England earlier this week.

“He’s overcome premature birth, swine flu, pneumonia and has educational challenges,” wrote Allan. “Emotional for me to see my boy debut in goal on Sunday for his new team.”

RELATED: Chicago Cubs Give Young Fan Autographed Baseball After Foul Ball Was Thought to Have Been Stolen

So as a means of cheering up his son, Allan uploaded a video of Harrison’s saves to Twitter and asked his fellow soccer fans to show some appreciation.

The video immediately went viral. Soccer fans from Canada, America, and India sent messages of support for the youngster’s performance. Not only that, dozens of famous footballer gave their own words of encouragement.

Ex-Arsenal goalie David Seaman said: “Looking good!! I let 12 goals in one half of my first ever game for my school side!!”

National English team player Nick Pope added “Brave as a lion and kicks it a mile!! Keep up the good work Harrison.”

Neville Southall, Ray Clemence, Chris Kirkland, Vito Mannone, and Bryan Gunn were some of the other big names who offered up support as well.

According to Allan, Harrison has also been invited to watch a goalkeeping session at Manchester City and he’s been given a shiny new pair of goalie gloves for his next game.

“I suppose I thought it would be nice to get a few message from people, but I’ve been overwhelmed with the response,” Allan told BBC. “I just wanted to get the message over to him to enjoy playing no matter what the result.”

He's overcome premature birth, swine flu, pneumonia and has educational challenges. Emotional for me to see my boy Harrison's debut in goal on Sunday for his new team.?
Lost 11-0 ??
?his saves to cheer him up, any support from footy fans ? please I'll show him ?⚽️?x pic.twitter.com/ghF4L7Lbya