Home All News Health Give Yourself a ‘Dry January’—You’ll Sleep Better, Save Money, and Lose Weight 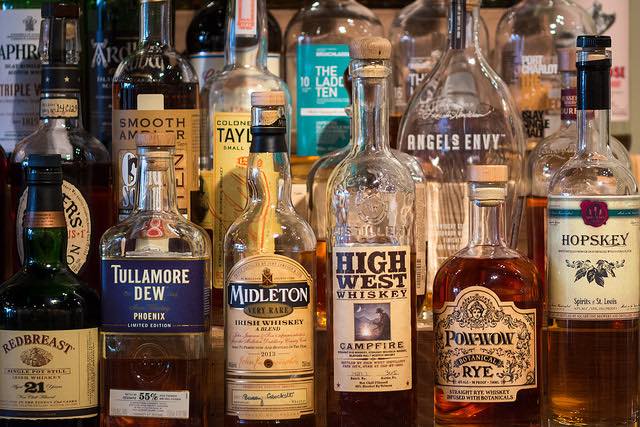 Are you pondering what kind of resolutions you can adopt to start this upcoming decade off on the right foot?

Well, this research from last year shows that taking part in “Dry January”—a New Year’s challenge in which people abstain from drinking booze for a month—helps people to regain control of their drinking, have more energy, improve their skin, quit smoking, lose weight, and drink less during the following months.

The research, led by University of Sussex psychologist Dr. Richard de Visser, was conducted with over 800 people who took part in Dry January back in 2018—and the results show that the participants were still drinking less in August.

“The simple act of taking a month off alcohol helps people drink less in the long term: by August, people are reporting one extra dry day per week,” said Visser.

“There are also considerable immediate benefits: nine in ten people save money, seven in ten sleep better and three in five lose weight,” he added. “Interestingly, these changes in alcohol consumption have also been seen in the participants who didn’t manage to stay alcohol-free for the whole month—although they are a bit smaller. This shows that there are real benefits to just trying to complete Dry January.”

The University of Sussex research also showed that:

93% of participants had a sense of achievement;
88% saved money;
80% feel more in control of their drinking;
76% learned more about when and why they drink;
71% realized they don’t need a drink to enjoy themselves;
70% had generally improved health;
71% slept better;
67% had more energy;
58% lost weight;
57% had better concentration;
54% had better skin.

Furthermore, if quitting smoking is one of your New Year’s resolutions, you might want to consider cutting back on your drinking, too.

MORE: Next Time You’re Feeling Stressed or Anxious, This Study Says You Should Play Tetris

A separate study from Oregon State University found that heavy drinkers who are trying to stop smoking may find that reducing their alcohol use can also help them quit their daily smoking habit. Heavy drinkers’ nicotine metabolite ratio—a biomarker that indicates how quickly a person’s body metabolizes nicotine—was reduced as they cut back on their drinking.

Past research has suggested that people with higher nicotine metabolism ratios are likely to smoke more and that people with higher rates have a harder time quitting. Slowing a person’s nicotine metabolism rate through reduced drinking could provide an edge when trying to stop smoking, which is known to be a difficult task, said Sarah Dermody, an assistant professor at Oregon State University and the study’s lead author.

CHECK OUT: When Blueberries and Grapes Are Combined, a Dramatic Decline in Memory Loss and Aging – Study

The study was just published in the journal Nicotine & Tobacco Research.

Dermody and colleagues at the Centre for Addiction and Mental Health in Toronto, Canada, wanted to better understand the links between the two. They studied the nicotine metabolite ratio, an index of nicotine metabolism, in a group of 22 daily smokers who were seeking treatment for alcohol use disorder—the medical term for severe problem drinking—over several weeks.

However, they found that as the men in the study group reduced their drinking from an average of 29 drinks per week to 7, their nicotine metabolite rate also dropped.

The researchers’ findings for men replicated those of an earlier study that found similar effects and provide further evidence of the value of the nicotine metabolite ratio biomarker to inform treatment for smokers trying to quit, Dermody said.

“The nicotine metabolite ratio was thought to be a stable index, but it may not be as stable as we thought,” Dermody said. “From a clinical standpoint, that’s a positive thing, because if someone wants to stop smoking, we may want to encourage them to reduce their drinking to encourage their smoking cessation plan.”

Be Sure And Pass This Intriguing News Forward By Sharing It With Your Friends On Social Media – Photo by M_Shipp22, CC