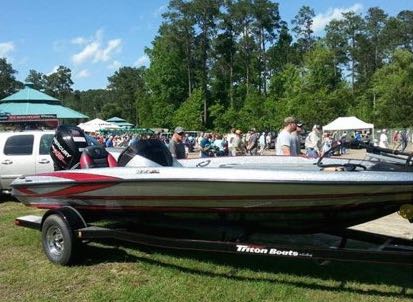 Give a man a fish and he’ll eat for a day, but give a man a new bass boat you’ve just won, and everyone will give you a standing ovation.

Fred McMahon became the ultimate good Samaritan at a fishing competition in Jasper, Texas right after he won a tricked-out Triton bass boat in a drawing at the event’s finale.

Like most of the other fishermen in the Big Bass Splash tournament, McMahon had fished from a boat in Lake Sam Rayburn. But he’d learned that one man, Albert Jenkins, had competed all three days in the tournament fishing from the dock because he had no boat. McMahon decided to turn the keys over to his fellow fisherman, on the spot. 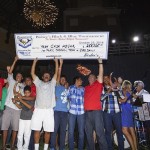 “I thought I would never do this,” McMahon wrote in a Facebook post after giving the boat to Jenkins. “I feel blessed.”

The announcement brought people to their feet cheering.

“Fred McMahon, you truly are an inspiration to others and an angel in my eyes,” Nicole Sealy of Sealy Outdoors, the tournament’s creator, wrote on the Big Bass Facebook page the next day. “Thank you for making Dreams Come True! Congratulations Mr. Albert Jenkins and hope you enjoy your new boat.”