Home All News Animals Woman Has Been Feeding Hungry Swans Every Day for the Last 10... 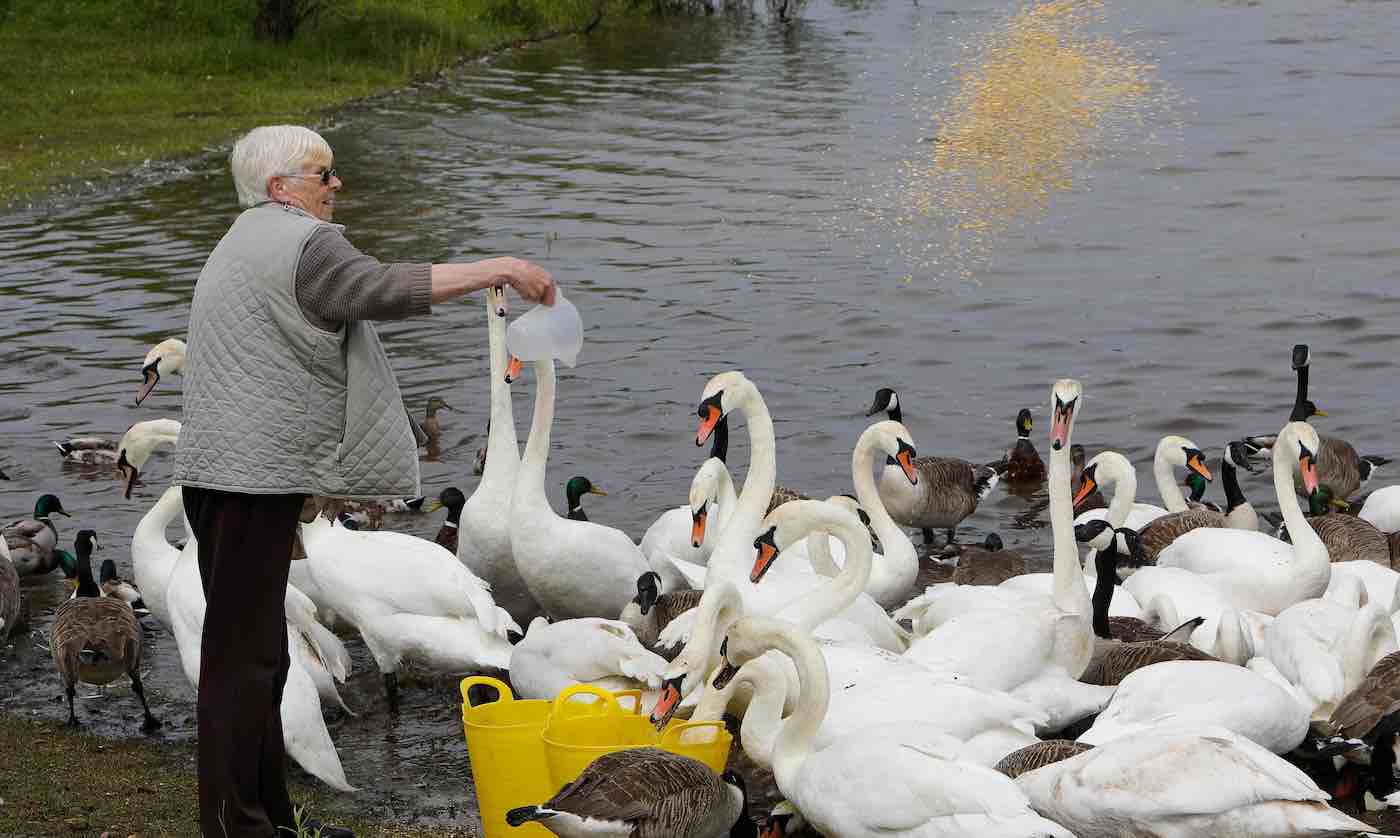 A devoted grandma has taken hundreds of hungry swans under her wing ever since they lost their source of food ten years ago.

Every day for the last decade, Irene Hodges has offered bird seed to a flock of more than 50 swans.

Her devotion to the flock at Chasewater pool in Staffordshire, England has also led her to being affectionately nicknamed “Swan Lady Chasewater”.

The retired pharmacy worker started feeding the swans after the pools were drained in 2009 to build a dam and improve the surrounding country park.

As a result of the work, the pond lost many of its small fish, tadpoles, and mollusks, leaving many of the swans struggling to find food.

“I used to go just to visit the swans because they are so beautiful and gave me peace,” recalls Hodges. “They are so serene and the place is so beautiful.

“After the pool was drained to build a dam, they lost many of their feeding reserves and I became really concerned for them. The maintenance work was unavoidable but it almost destroyed the swans’ habitat.

“I knew the fish which they depend on had been taken away and I was worried either that the swans would starve or would fly away,” she added. “I was desperate not to let that happen so I decided to help them stay put by feeding them.

“I did some research and found out the seed and pellets they like and just started bringing it in buckets to the pool at the same time each day.

“It went from there and every morning I just went along to make sure they were fed.

“It did the trick and none of them flew away and now there are more than 50 swans
thriving at the pool.”

The specialist food, which costs her about $190 (£150) every month, is partially funded by donations – although it is largely financed by her adoring 70-year-old husband Barrie, who works part-time at a builder’s yard.

“Barrie should have retired five years ago but he still works two days a week just to earn enough to pay for the feed,” says Hodges. “The fat pellets we give them in winter, especially if the water freezes, are expensive. They need the fat to keep warm.

“They’re there waiting each morning. They know the time I get there which is about 11am every day.

“The swans aren’t aggressive towards me. I walk in between them. But if anyone else comes, they flap their wings.

WATCH: Hummingbird Refuses to Leave the Dog Who Saved Her Life

“I’m quite realistic about the relationship I have with them though and I know they don’t like me personally – it’s the food I bring,” she said with amusement.

Hodges, who has two grown-up children and two grandchildren, says she has no plans to stop feeding the swans.

“I don’t have a week’s holiday. I’m too dedicated. Christmas Day and Boxing Day I’m here through rain or snow,” she said. “We must love and look after our animals.”