Home All News Animals This Woman and Her Pet Otters Have Spent the Last 40 Years... 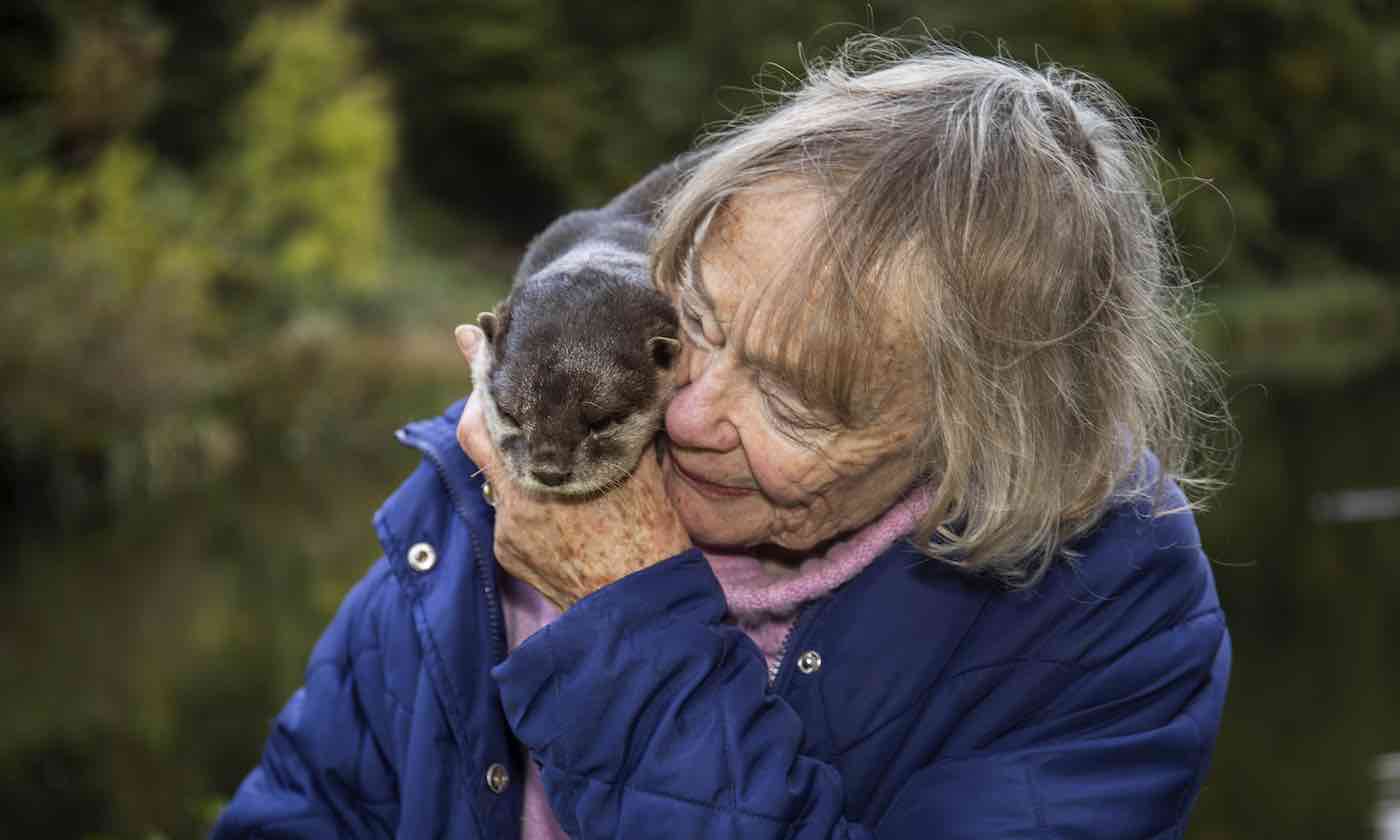 This 82-year-old animal lover and her pet otters may be adorable, but their doting companionship has also helped protect this special species.

Daphne Neville has spent the last forty years of her life raising rescued otters so she can raise awareness for the creatures.

Rudi is her tenth pet otter, and he even goes with her to the shops—but people don’t mind because the critter always looks “cozy and happy”. Now 14 years old, the docile Asian small-clawed otter has been living with Neville since his mother abandoned him as a baby.

“With Rudi, I’ve had him since he was three weeks old. He thinks I’m his mum. I’m a part of him and he’s a part of me,” says Neville. “I’ve shown people you can have incredible bonds with these creatures.

WATCH: Bison Get 22,000 Acres of Additional Prairie Land to Roam Free – Watch The Spectacular Moment They Were Reintroduced After 150 Years

“I wouldn’t want to be a risk to anyone. All my otters have been immaculately behaved. I wouldn’t dream of taking them out otherwise,” she added. “We do shows all over the place. People come from miles away—especially from Australia and New Zealand (because) they don’t have otters there.”

An actress by trade, Neville adopted her first otter in 1980 after a friend remarked on how her 18th-century converted water mill offered the perfect conditions for otter care.

She has also campaigned tirelessly alongside big names such as the legendary Sir David Attenborough in order to urge water companies to clean the country’s rivers.

They had become so polluted with the PCB chemical (polychlorinated biphenyl) that the wild otter was almost extinct; however, Neville’s actions prompted Michael Meacher, then environment minister under Tony Blair, to announce plans to phase out PCBs.

She says she, her husband, and three children didn’t know anything about otters. “We were just a normal family. But then we wanted to raise awareness about their future,” says Neville. “We fought so hard for their safety. Clean water is pivotal for the future of otters and all living creatures. Since then [1980], the rivers have visibly improved.”

Neville is now supporting Animal Alerts, a small device which attaches to the front of cars and emits an ultrasonic sound.

This warns creatures like rabbits, dogs, and squirrels not to cross the road as the car is approaching—and it could potentially save countless critters from oncoming traffic.

It also, like Neville, herself, can save otters—because they like to cross the road at night when they think it’s safe.