Home All News Heroes Youth Charges Straight into Fire to Save His 8-year-old Niece: ‘I’d do... 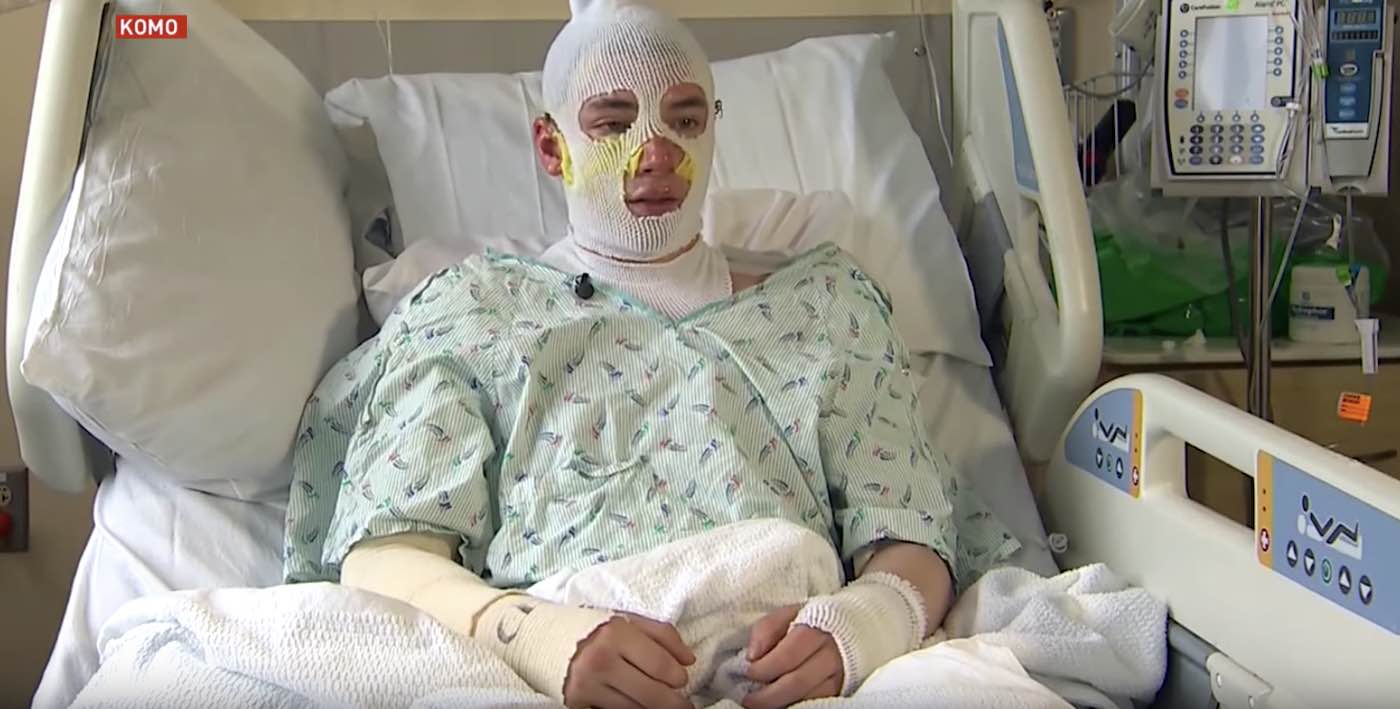 20-year-old Derrick Byrd doesn’t believe he’s a hero, but rushing through flames—not once, but twice—was his automatic response to a terrifying situation.

When he awoke to a loud boom and his sister’s screams in the early morning hours of July 4th, Derrick realized their Aberdeen, Washington house was on fire and sprang into action.

He kicked in his sister’s bedroom door, then ran downstairs through flames so he could catch the children as his sister helped them jump from the upstairs window.

“Kayla wanted to get the kids out, so I ran downstairs even though I got burned,” Derrick told KOMO News.

Although it was still dark outside, Derrick safely caught Junior, 6, and Rory, 3, before Kayla herself fell off the roof. The third child, eight-year-old Mercedes, fell back into the room and screamed Derrick’s name as the house continued to burn.

Derrick didn’t think twice about his own pain when he ran back into the flames and up the stairs to rescue Mercedes.

LOOK: As Disabled Man Frantically Wheels Himself Home Before Tornado, Teen Hops Out of His Car to Help

“I could feel it burning me,” Derrick said from his hospital bed. “I got her and took my shirt off and put it around her face so she wouldn’t breathe in any smoke, and I just carried her out as fast as I could.”

After making sure his sister and her children were safe, Derrick banged on the neighbor’s door to alert them to the blaze and then, fueled by adrenalin, ran ten blocks to his mother’s house to get a ride to the hospital. By the time firefighting crews arrived on the scene, everyone in the home had survived the blaze, thanks to Derrick and Kayla’s quick and decisive actions.

Derrick suffered second- and third-degree burns on his face, back, and arms for his selfless rescue. With bandages covering his burns, the youth said he would “do it again.”

And Derrick Byrd might not agree, but those words are the hallmark of a hero.