Home All News Inspiring 35,000 People Have Applied to Take Care of Couple’s Cat Sanctuary on... 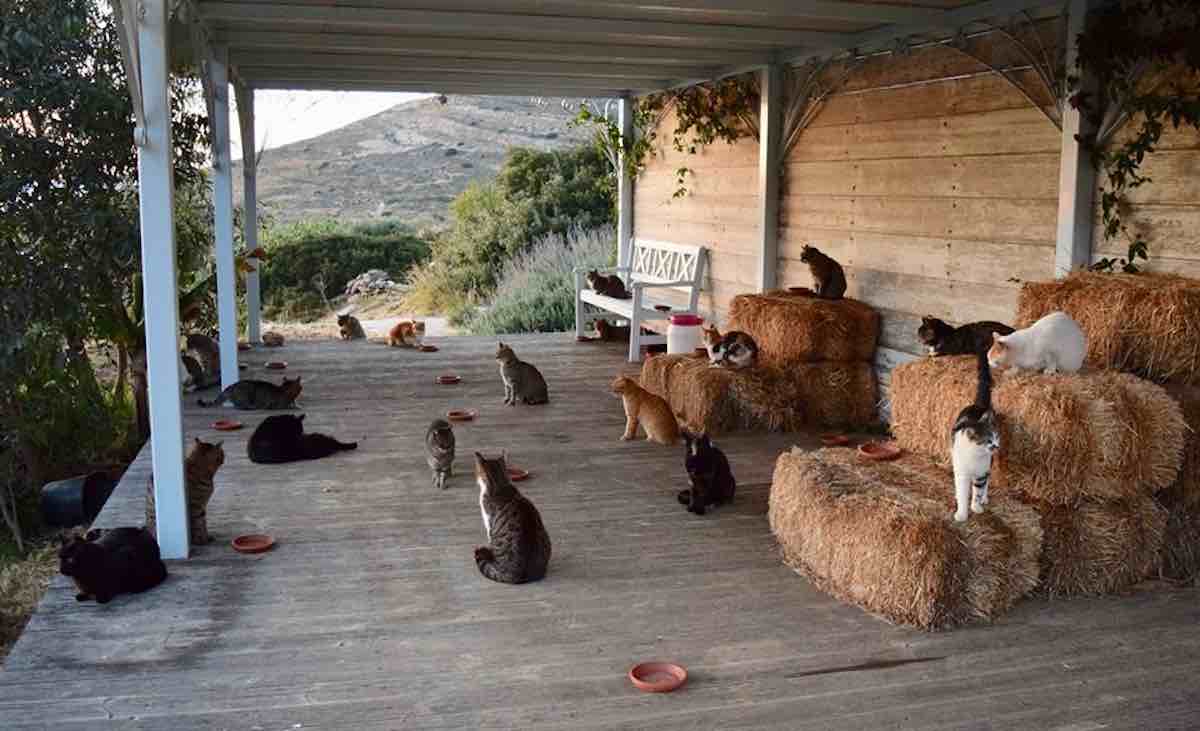 For the last eight years, this couple has been taking in dozens of stray cats at their home on a Greek island—and since their social media post asking for help, the world has stepped up to lend a hand. Additionally, a single lucky applicant will get to live on a Greek island for FREE with a bunch of cats.

Richard and Joan Bowell have been using their own money to care for over 65 cats that they’ve welcomed onto their property. On top of that, they also care for a nearby colony of feral felines.

The Bowells first stepped up as caregivers back in 2010 when they found that a stray had given birth to two kittens on their one-acre property.

Soon enough, however, they kept finding hungry and abandoned cats across the island that they couldn’t bear to ignore, so they continued taking in the strays.

They eventually transformed their property into a cat sanctuary called God’s Little People.

“A wise man once introduced me to the term ‘God’s Little People’ when talking about animals,” says Joan. “The words are so endearing and so full of kindness and compassion that they’ve stuck with me ever since.”

Over the years, Joan and Richard took in so many cats, their property could not handle more furry residents, so they decided to post a job listing on social media for someone to manage God’s Little People. They also wanted to move forward with their plans to move to New York and open another sanctuary.

In the past, the couple had posted similar internet listings only to receive a handful of responses. This time, in early August, they wrote a summary of the modestly-paid job and published it to Facebook hoping to receive a few dozen applications.

Joan made sure to emphasize how much work would be required: In addition to attending countless veterinary appointments, cleaning up vomit, distributing medications for the chronically-ill felines and providing food and water to 55 cats, the felines would, of course, need love and affection. In exchange for the work and small salary, the applicant would get to live rent-free on a Greek island with dozens of cats.

Within hours of posting the job, it spread like wildfire. It was picked up by news stations and shared across social media until—after six weeks—Joan and Richard had received 35,000 job applications from 90 countries.