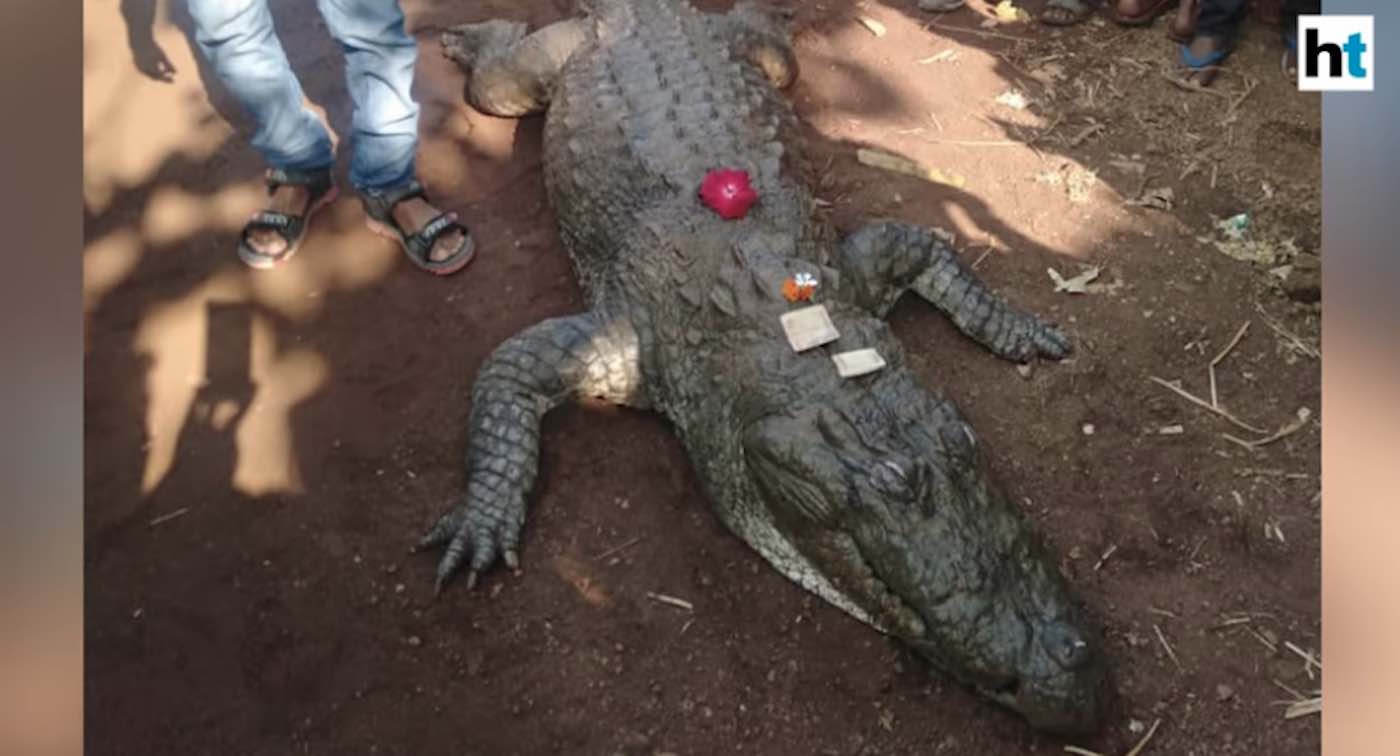 Though most people might be afraid of a giant crocodile, this particular reptile has always been considered a beloved part of his village.

So when he finally passed away of natural causes earlier this week at the age of 130, the village gave him a funeral fit for a king.

The ancient crocodile, named Gangaram, had grown to be almost 10 feet long (3 meters) at the time of his passing. Despite his intimidating size, the Indian residents of the Bawamohatra village in Chhattisgarh adored the scaly giant.

“Even the kids of the village could swim around him and Gangaram had never harmed or attacked anyone,” one of the villagers told Hindustan Times. “Gangaram was not a crocodile, but a friend and a divine creature.”

RELATED: When Student Accepts Stranger’s Accidental Invitation to a Funeral, She Becomes ‘Brightest’ Part of the Day

“He would even eat rice and dal which was served by the villagers and kids,” he added. “Gangaram was very understanding. If he saw anyone swimming near him, he used to go to the other side of the pond.”

Once local authorities were able to determine Gangaram’s cause of death, they respectfully gave his body back to the villagers so they could perform his last rites.

His body was carried to the river on a tractor adorned with garlands of flowers and decorations – and over 500 people attended his funeral.

(WATCH the news footage below below) – Photo by Hindustan Times