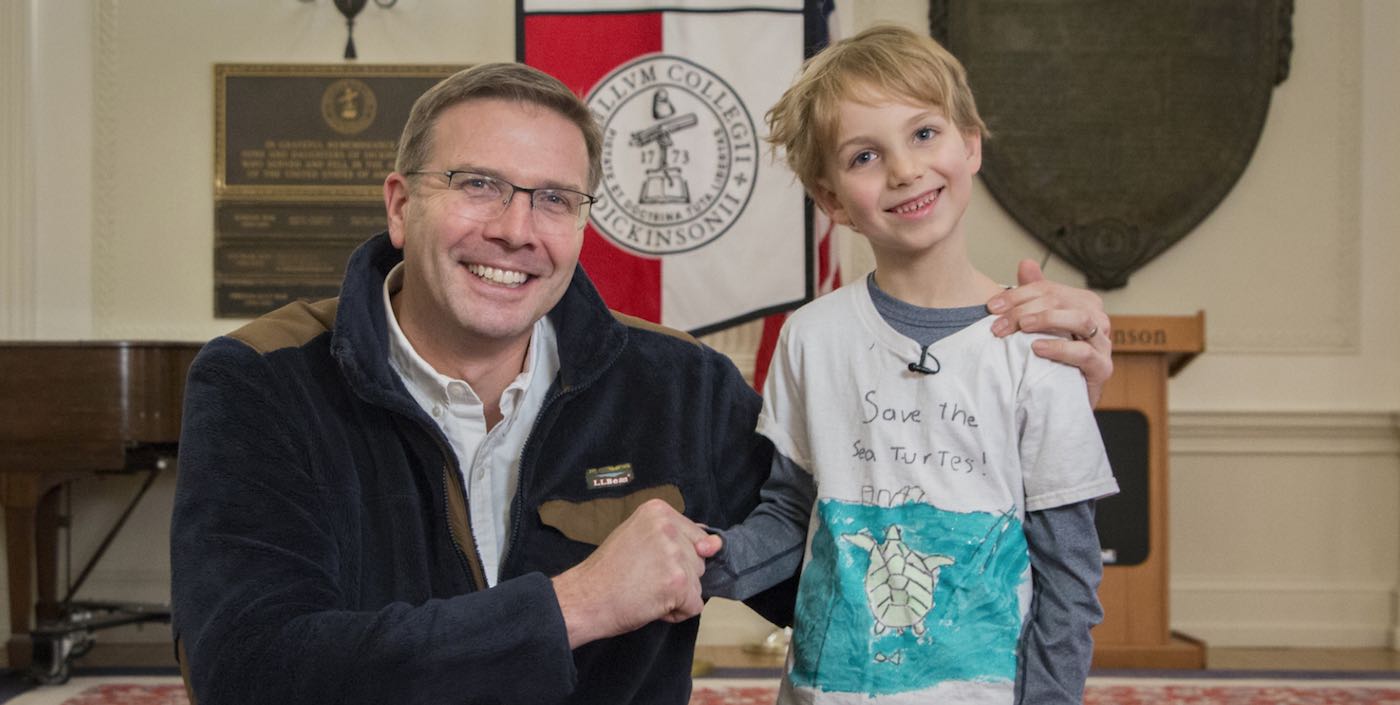 On a visit to the L.L.Bean flagship store in Freeport, Maine, seven-year-old Benjamin Ball asked if the store’s café had a paper straw for his lemonade. When he discovered he could only get a plastic straw, his love of sea turtles and ocean life prompted him to take action.

So after he returned to his home in Carlisle, Pennsylvania, Benjamin wrote a letter to the president and CEO of L.L.Bean, Steve Smith.

“I’m writing to you because I’m a friend of the Sea Turtles and I want to protect them,” noted Benjamin. “Marine animals get killed by plastic in the Ocean. The Sea Turtles are important to the ecosystem and me.”

Benjamin had one request.

“I know that L.L. Bean cares about the Earth too. If it is possible, could you use paper straws instead of plastic straws, please?

Within 24 hours, Benjamin received a response from Smith, who assured Benjamin he’d look into the issue.

“It made me smile,” said Smith. “It was a really articulate, well-reasoned, polite, yet passionate and emotional note about saving a species that no one is speaking for. It hit me in a really emotional way.”

Since receiving Benjamin’s letter, L.L. Bean has announced that its retail affiliates and employee cafeterias are converting to 100 percent corn biodegradable straws.

The retailer is the latest to join the growing anti-straw movement that includes Disney, Ben and Jerry’s, Starbucks, Major League Baseball, and McDonald’s.

“This letter hit at the absolutely perfect time with a fantastic idea,” said Smith.

Smith personally thanked Benjamin during a recent visit to Smith’s alma mater, Dickinson College, which is in Benjamin’s hometown of Carlisle, Pa.