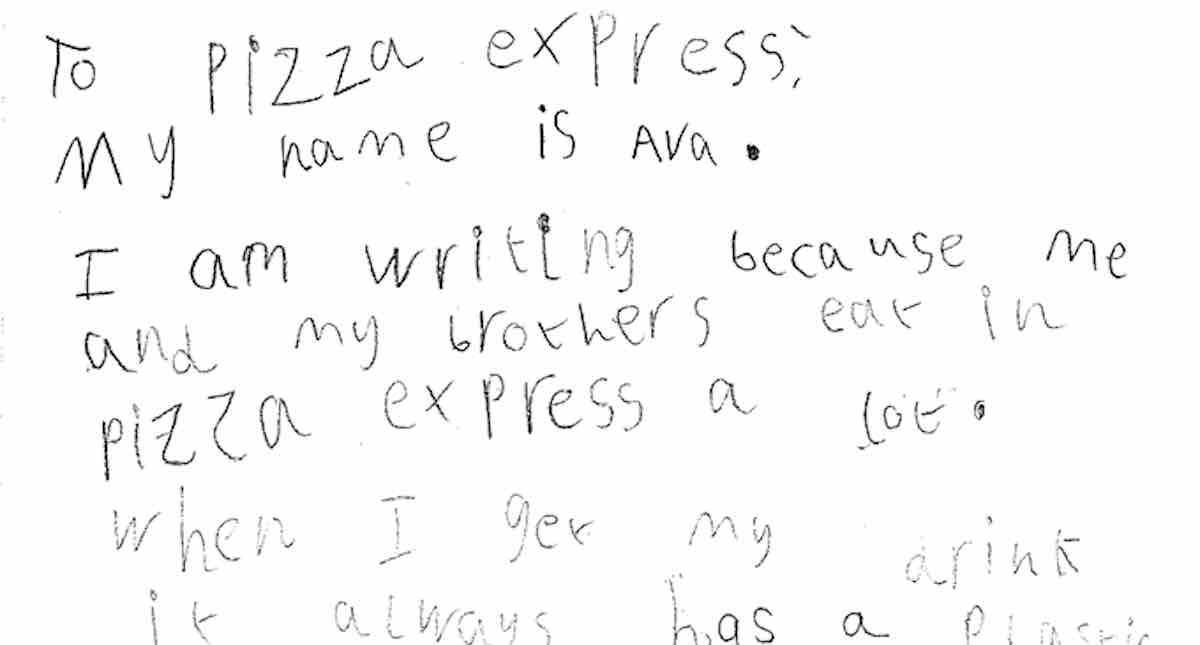 A 5-year-old girl is being hailed for influencing a restaurant chain to ditch single-use plastic straws in favor of biodegradable paper alternatives, all thanks to a heartfelt letter that she sent to the company.

Pizza Express, an Italian food restaurant with over 470 branches worldwide, recently announced their decision to drop the wasteful utensils on their Facebook page.

The company’s statement was posted alongside a photo of a letter from Ava: a young customer who wrote to Pizza Express asking if they could stop giving away straws at their restaurants.

Ava’s letter read: “I am writing to you to ask if you could stop using plastic straws because they are very bad for animals. They can get stuck in their mouths and noses. Could you only use straws if people ask for them because I don’t want any animals to get sick.”

A Pizza Express spokesperson responded to the letter, saying:

“We pride ourselves on listening to our customers, so when Ava, aged five, sent us a letter asking us to stop putting plastic straws in her drink because ‘they are very bad for animals’, it spurred us to make a change.

“We are now phasing out single-use plastic straws from all our 470+ restaurants from this summer, and we’ll be replacing them with biodegradable and recyclable paper versions.”

Then, as a means of verifying that the letter was real, the company wrote a follow-up statement reading: “For the record, Ava’s letter is genuine and it’s truly amazing and wonderful that somebody so young wrote to us with such a caring and compassionate message.”