Home All News Inspiring After Adaptive Bike for Teen With Special Needs is Stolen, Watch the... 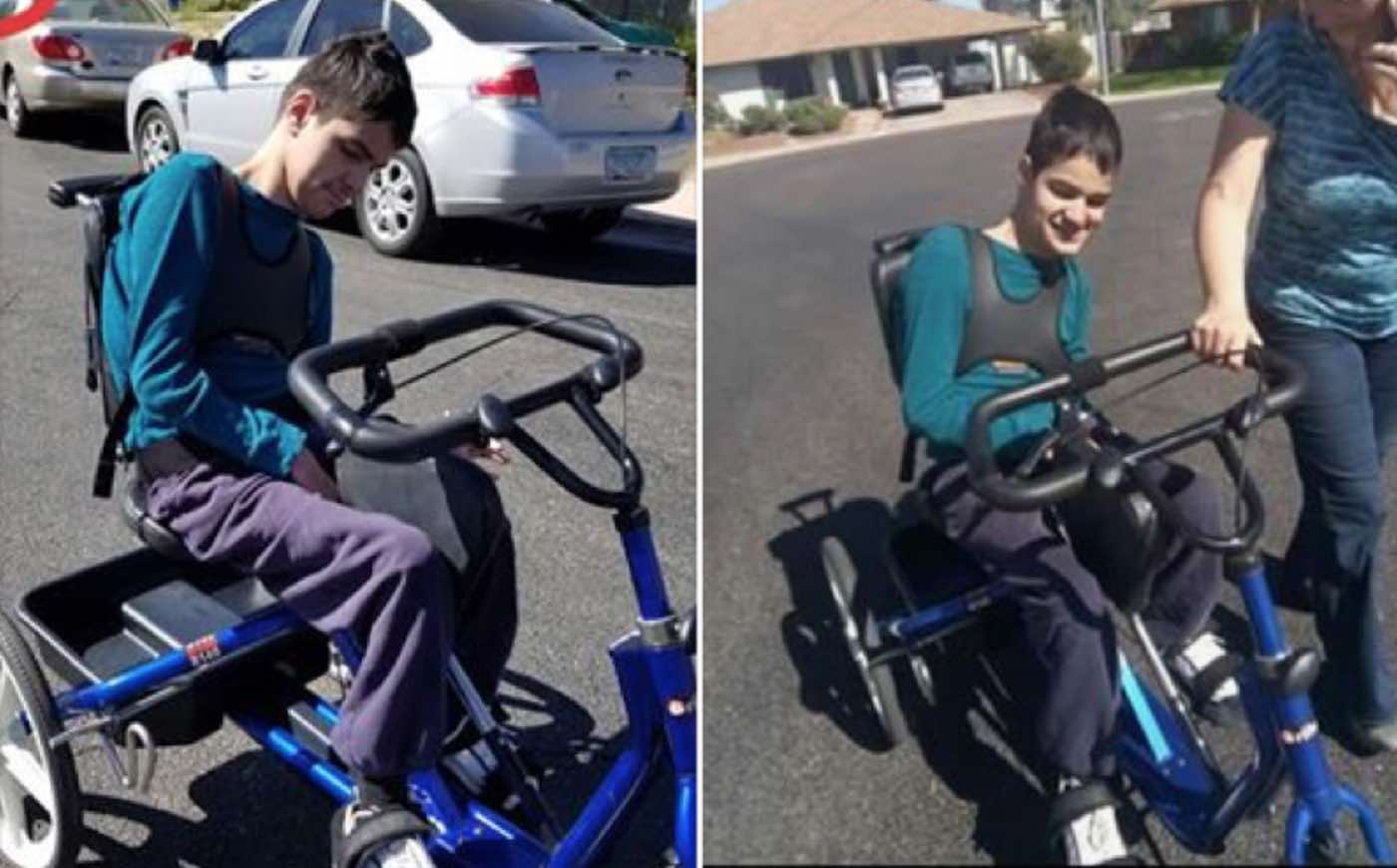 Back in August, an adaptive bike belonging to a special needs teen was stolen from his backyard in the greater Phoenix area, but the community turned the “bitter” experience into a heartwarming one.

Beorn (fondly known as Bubba) was born with a genetic disease that left him non-verbal and in a wheelchair, but the bike allowed him to ride alongside his family.

Not only was his big tricycle crucial in his ongoing therapy, but it connected him to his family and other kids in the Mesa, Arizona neighborhood. With a price tag of several thousand dollars, Bubba’s mom, who is also parenting four other kids, was without options. So, she created a Facebook post.

“When all this started, I was upset someone had taken my boy’s bike and knew it would be years before I could replace it. I was disheartened, to say the least. I felt like there was no point in reporting the loss, but I’m so glad I was persuaded to do it. Instead of being a bitter experience, it has turned into this amazing thing I could have never of imagined. I was excited when we had over 100,000 shares – my mind is still blown!

“The overwhelming response of support and love for my boy brings me to tears.”

“I’ve heard many times ‘people suck,’ but I believe all this has proven just the opposite. Big hearts are what I’ve seen from all of this, and that’s my takeaway: most people are good and caring,” shared Stephanie.

An employee at AMS Vans, which supplies wheelchair accessible vehicles, saw Bubba’s story on the local news and noticed the family was driving an AMS van. He asked his senior managers how they could help, and the business immediately reached out to the family to offer a new bike, custom-built to Bubba’s needs.

“Our mission is to really provide independence through mobility solutions,” said general manager Randy Shiller. “While we do sell vans, Bubba’s independence was getting on the bike and riding with his brothers and sisters.”

MORE: Reader’s Digest Names the ‘Nicest Place in America’ For 2019, A Town Where Nobody Gets Left Behind

One month later, the big ‘bike reveal’ took place on a beautiful day at a local park with the family, community, and media in attendance—and, soon, Bubba was off again with a smile back on his face.

While Bubba got a new Rifton Adaptive Tricycle, there are still many families and children like him in need—and you can help. The Suzy Foundation is a charity close to Beorn’s family’s heart, that helps to obtain assistive equipment for individuals with special needs.

ALSO: Deaf Teen Thanks Flight Attendant for Handwritten Note That ‘Meant the World’ to Her During Her First Flight Alone

MULTIPLY the Good By Sharing This Generosity on Social Media…