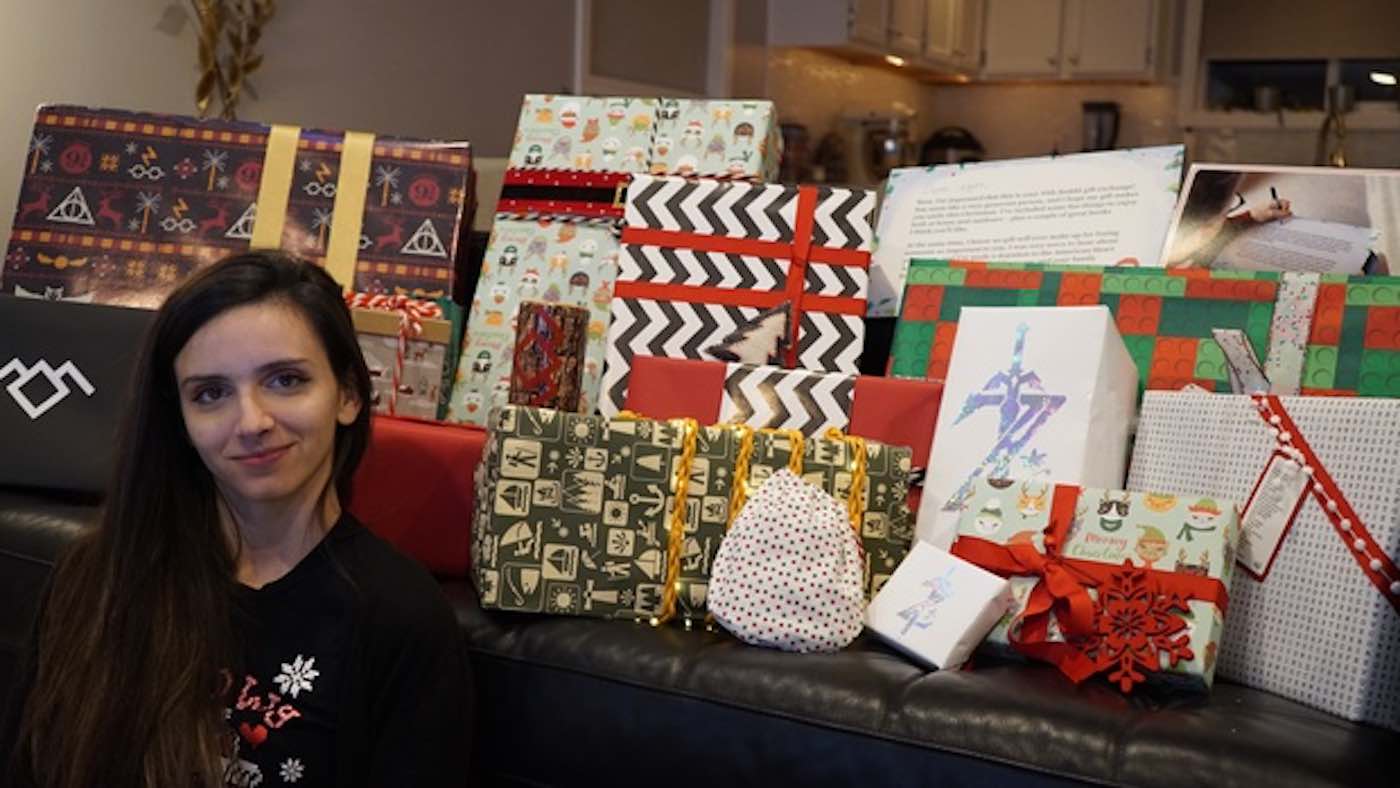 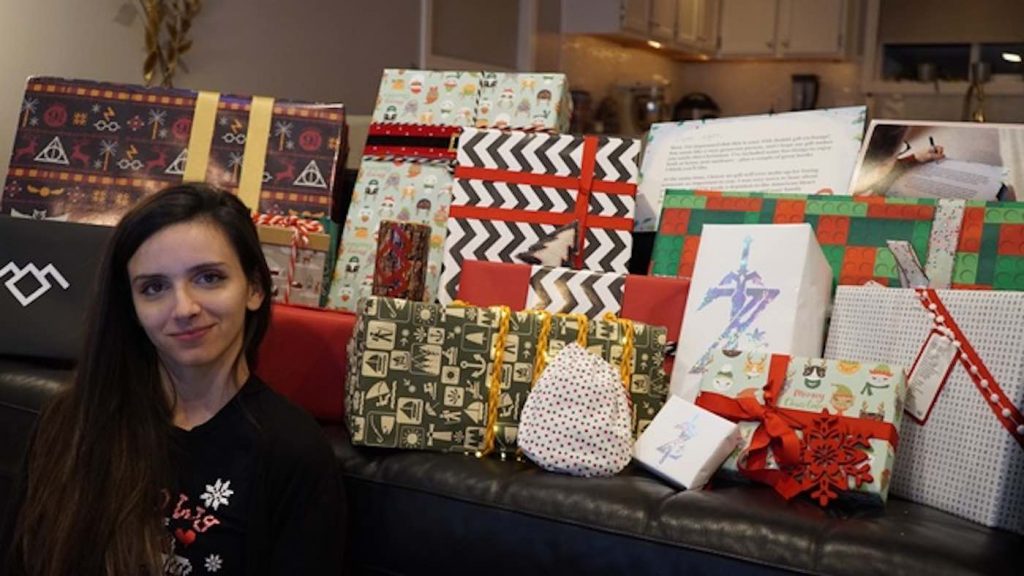 The Microsoft founder has participated in a ‘Secret Santa’ online gift exchange annually since 2013, but this year he really put Santa to shame with his extraordinary kindness toward a young Michigan woman who’d just lost her mother this year.

Shelby herself has been generous in the online gift exchange—although her bank account is never as happy as the strangers she mails packages to—preparing 95 different personalized Christmas gifts over the years, thoughtfully sending them to people she doesn’t even know.

On December 17 she spied an email alert informing her that a Secret Santa package had been shipped through RedditGifts—the program offered by the global online discussion group—and it was being overnighted (an expensive shipping option) from Washington state. She immediately joked to her husband that maybe it was from Bill Gates, who was well-known as an avid RedditGifts player.

On top of that, the next day she saw that the package weighed 81 pounds, and got the feeling that it was going to be “something truly special.”

When she arrived at the FedEx office, her wildest dreams were coming true. The employees were all excited, exclaiming, “You’re the BILL GATES package! We’ve been waiting for you all day.” They were even happier because the box was so big it wouldn’t fit into her car. It meant she had to open it in the store.

The carton was emblazoned with a big red #95 on the sides—a tribute to Shelby’s 95th RedditGifts exchange, a fact that was mentioned on her gift profile page. That page is where Gates and his team got most of the information to personalize each gift item. And there were tons of presents geared toward her interest in books, Star Wars, Harry Potter, the Zelda game, Twin Peaks, cats, and outdoor leisure.

There was one special fact the Gates team discovered on their own, though—and it was the gift that meant the most. Shelby’s mom had died unexpectedly in March, just ten days before Shelby’s wedding, and Gates made a donation to the American Heart Association in her mother’s name, a request her family had made public in their obituary.

WATCH: Single Mom Receives Free Car in the Drive-Through After Being Nominated for a ‘Christmas Wish’

“I open the box and am immediately struck by a package that is literally lit up with a strand of fairy lights. Wow! I see the infamous Bill Gates letter placard and photo (showing him signing the card) and my stomach flips.” 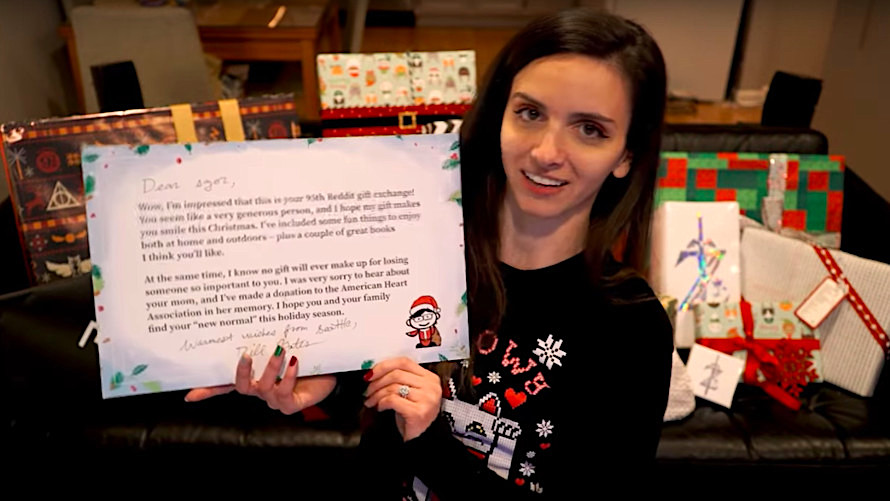 Each gift was impressively wrapped (and “indicative of the contents”), so she took them home and made a couple videos. Thoughtful as always, Shelby made sure to carefully open them so she could reuse the paper on gifts in future exchanges.

Inside, she found a hard-bound copy of the original manuscript of “The Great Gatsby,” with Fitzgerald’s handwriting, which is her favorite book; a Harry Potter Santa hat; a pair of elaborate adult-level Lego building sets, including a giant Hogwarts castle and R2D2; eight more books; toys for her cat; Zelda earrings and a gorgeous heavy handmade Zelda quilt; a hammock with mosquito net; a Twin Peaks jacket worn by someone on the crew, and 5 scripts from season 2; and eight packages of assorted Oreos. 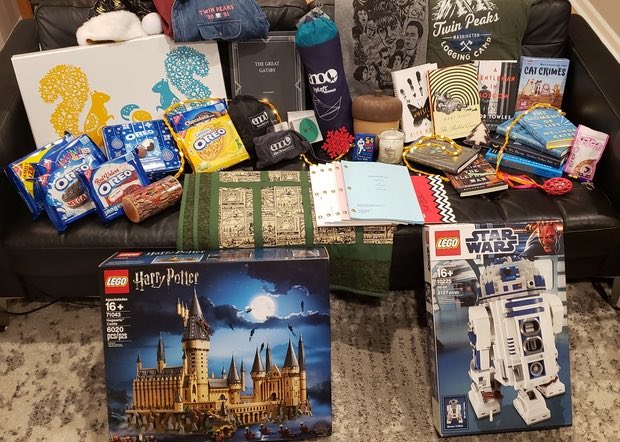 “Bill Gates, you are a blessing. I still cannot believe how lucky/cool/honored I am to have had someone craft such a special and personal set of gifts just for little ol’ me,” she wrote on Reddit. “And your donation to The American Heart Association in my mom’s memory is the most special gift of all. It means more to me than I can express.”

(WATCH a video from local news…)