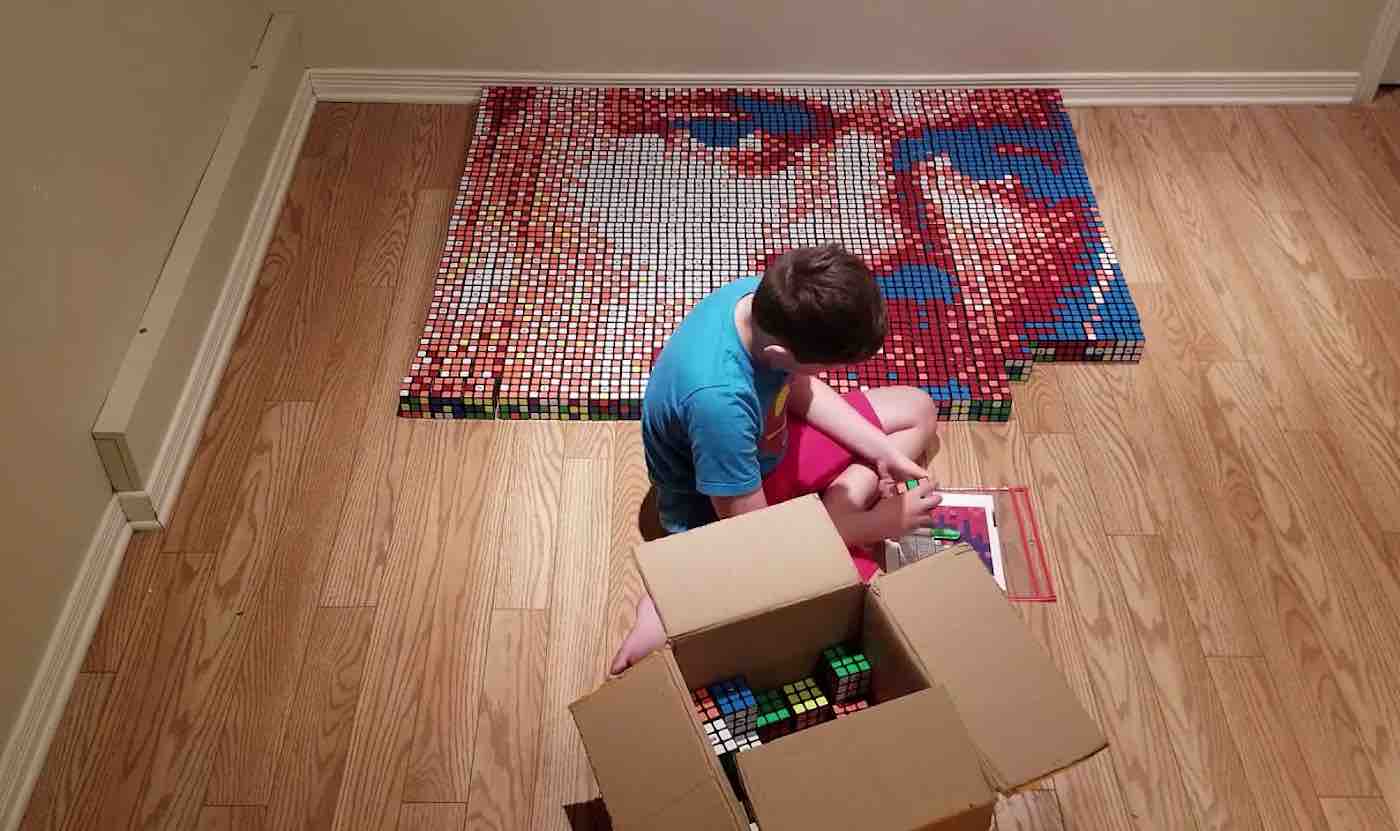 This young Canadian boy with dyslexia is proving to the internet that anything is possible—no matter your learning disorder.

9-year-old Benjamin Russo recently made a video in which he designed a massive portrait of WWE star John Cena out of 750 Rubik’s cubes.

It took Benjamin just five hours of work over the course of three weeks to finish the intricate masterpiece.

RELATED: Blind 6-Year-old ‘Prodigy’ Who Taught Himself to Play Piano Has Become an Internet Star

Despite how Benjamin’s dyslexia has always made it hard for him to read and write, he has always had a knack for memorizing and copying patterns at an incredible speed.

His mother Melanie Russo says that his heightened sense of spatial awareness is part of what makes solving Rubik’s cubes so easy for the youngster. In fact, he can finish just one side of a Rubik’s cube in about one second.

“Dyslexia is not my disability,” reads one of the printed notecards in Benjamin’s Rubik’s cube video. “Dyslexia is my SUPERPOWER.”