Home All News Kids 9-Year-old Who Got in Trouble for Doodling in Class Now Has Job... 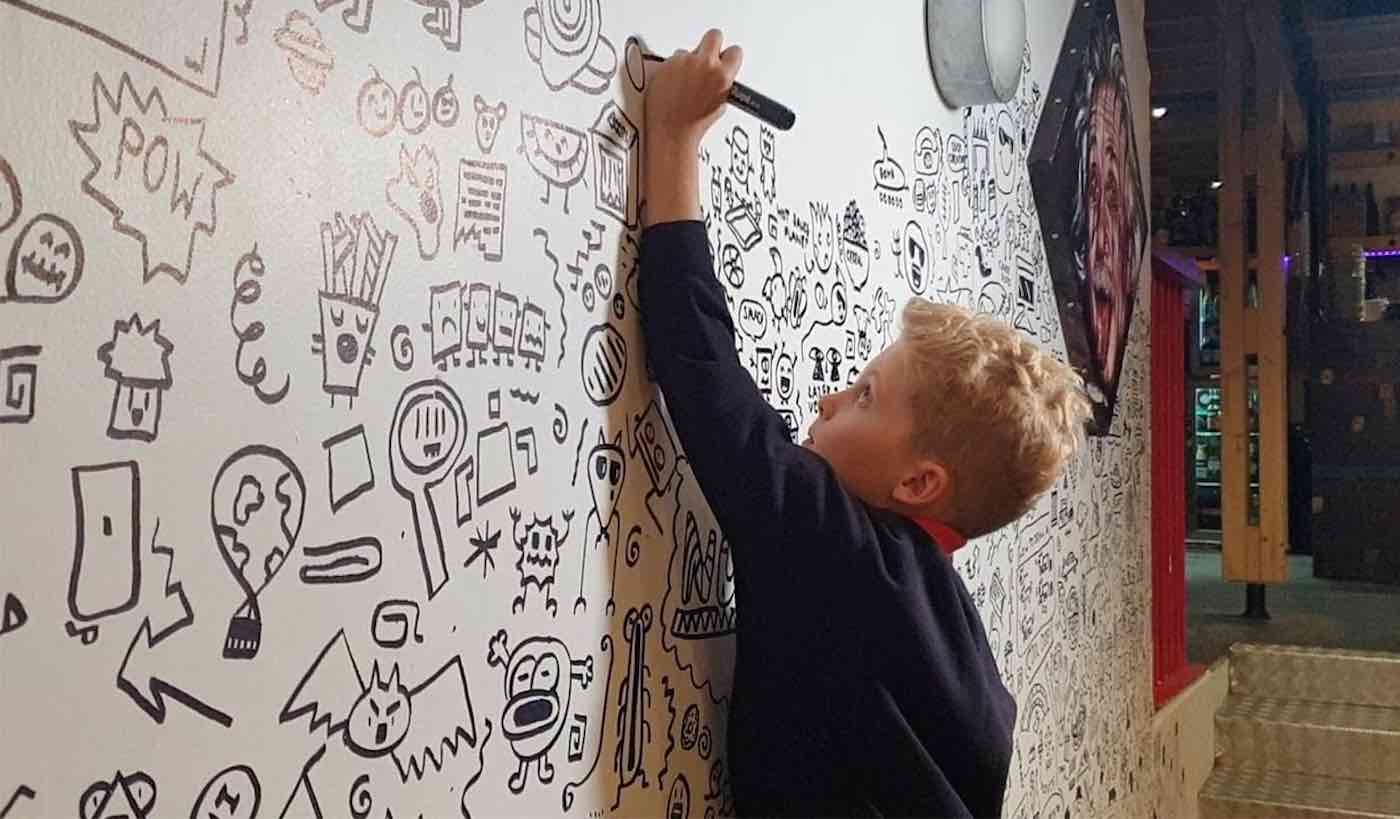 Joe Whale is the pint-sized English artist who is more famously known as “The Doodle Boy” because of his knack for drawing cool little doodles—but Joe was not always encouraged to pursue his passion for drawing.

The 9-year-old from Shrewsbury, Shropshire used to continuously get in trouble with his school teachers for drawing on the classroom table’s whiteboard whenever he finished with his work.

Rather than scold the youngster for his drawing, however, his parents signed him up for an after-school art class.

“He was in school getting frustrated at the little amount of art he could do so he used to doodle on the table’s whiteboard in class and get into trouble for doodling,” Joe’s father told reporters. “His mum and I decided to get him into an art class outside of school called Bloom, he’s been there for about six weeks and he loves every minute of it.”

Joe’s art teachers were so blown away by the boy’s talent, they began posting his work on Instagram. His drawings then caught the eye of the management at the local Number 4 restaurant.

MORE: Listen to the Moment an Awestruck Child’s ‘Wow!’ Created ‘One of Concert Hall’s Most Wonderful Moments’

The Number 4 owners reached out to Joe and asked if they could commission him to decorate the restaurant. At first, the boy thought that he would simply be doodling a small framed picture—but upon arriving at the restaurant, the staffers said they wanted him to cover the entire white wall of the restaurant in doodles.

Needless to say, Joe was more than happy to oblige.

If you don’t have a chance to check out the walls of Number 4 yourself, the Doodle Boy now has his own website, Facebook, and Instagram page.

(WATCH the interview below) – Photo by Caters News Agency