Home All News Laughs Boy’s Comical Reaction to Shoveling Too Much Snow Might Be the Most... 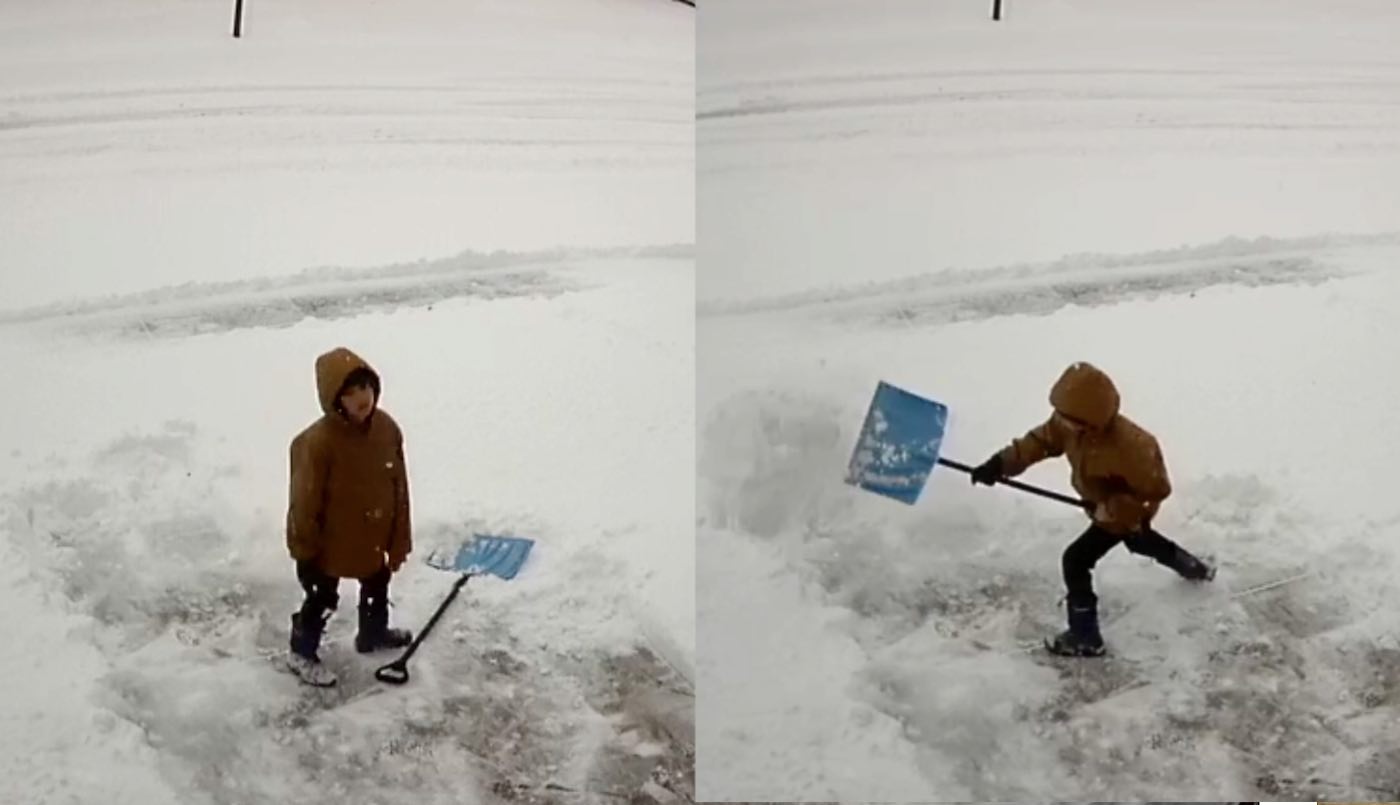 Not many people are excited to shovel snow, and this kid from Colorado is no exception.

In a hilarious video that was captured by CCTV cameras in Colorado Springs last week, a youngster named Peyton was filmed as he exhibited the most relatable reaction to the endless heaps of powder sullying his driveway.

According to Peyton’s mother, the boy had volunteered to shovel the snow covering their driveway only to find that he had offered a little more exertion than he could stomach.

“My son Peyton offered to go shovel the 8 inches of snow we got earlier today but quickly realized he was in over his head,” she told Licensor. “My security cameras caught his mini-tantrum.”

(WATCH the amusing silent footage below)