Home All News Heroes What to Do When You’re Down and Out: Brake Mechanic Makes the... 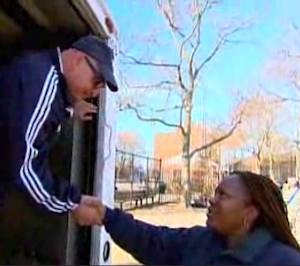 There was no point in waiting inside the house for customers on that December morning because there’s no heat in there, either. No electricity. Not even glass in all the windows. He paid $500 at a county auction for the battered former drug house and he got what he paid for.

Many others in the city are living just as close to bottom. Some drink away their problems, sell drugs or steal their way through life. But Hakeem Muhammad the brake mechanic did something else — he decided to embrace poverty until things got better.

It would be a way to start over, he thought. To build character.

(READ the story, w/ photos, in the Detroit Free Press)