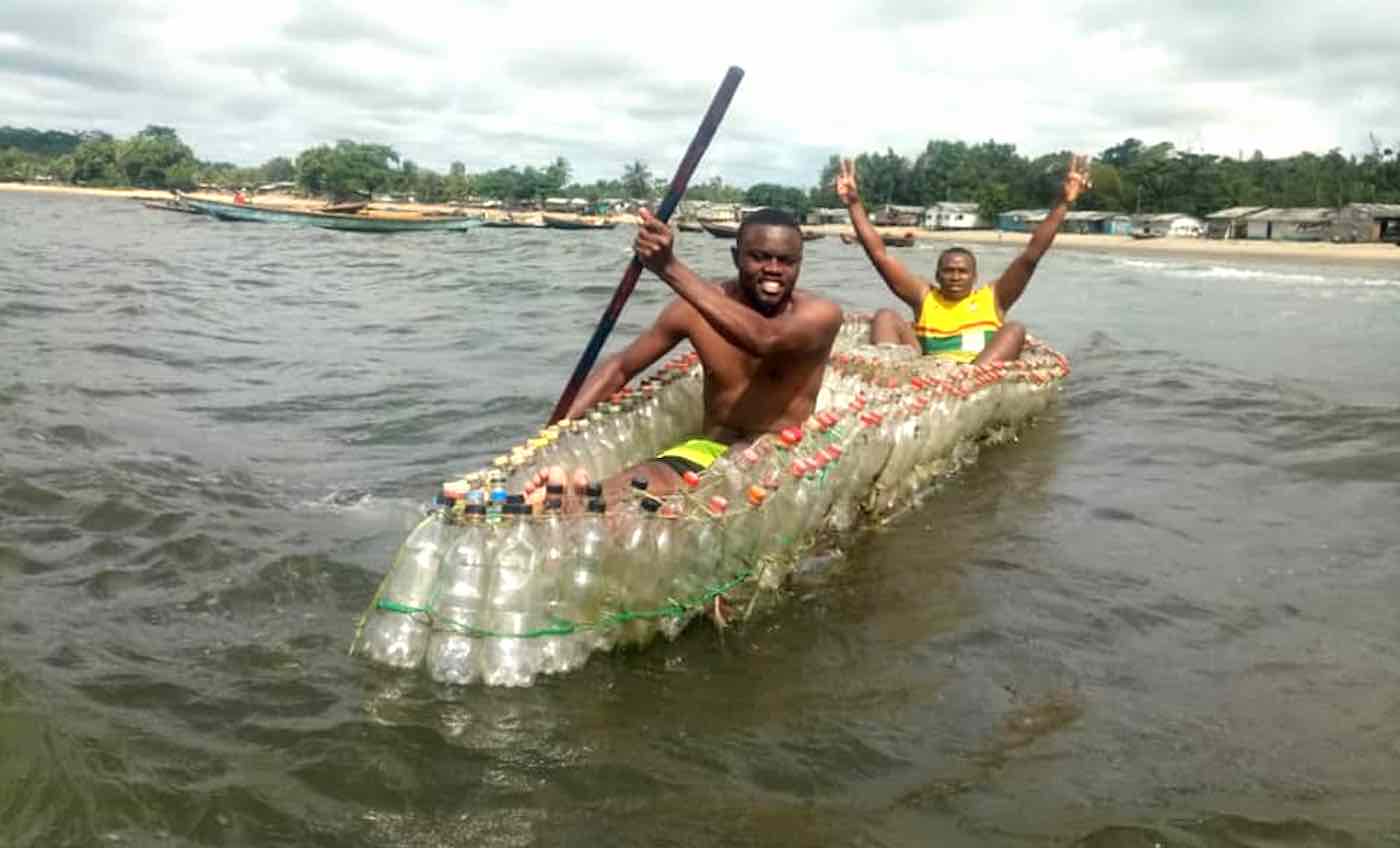 An innovative young man from Cameroon has been cleaning up pollution in his city by turning plastic bottles into boats.

Ismaël Essome Ebone was first inspired to build his “EcoBoats” as a student back in 2011. He had just taken shelter from a thunderstorm blowing through his neighborhood when he saw several plastic bottles floating by on some passing floodwaters.

He then built a boat from plastic bottles collected from around the town and waited to test it until another storm blew in. To the astonishment of the fishermen watching from the shore, Ebone’s boat worked like a dream.

LOOK: More and More People Are Swapping Out Plastic Straws for Coconut Leaves Thanks to Café’s Facebook Post

He then invested all of his money into launching his nonprofit Madiba & Nature: a charity dedicated to collecting plastic waste from around the region and turning it into boats for ecotourism and fishermen in need.

Thanks to the success of his venture, the Cameroonian organization recently installed the nation’s first ever EcoBin for collecting, sorting, and recycling waste materials.

“The EcoBin makes it easier to collect plastic bottles in a smart way and avoid polluting rivers and the ocean in Kribi and Douala!” reads the nonprofit’s Facebook page. “From plastic waste to EcoBoat and EcoBin, the revolution is on the way.”

If This Story Floats Your Boat, Be Sure And Share It With Your Friends On Social Media…