Home All News Health 26 Years of Research Shows Cardiovascular Health in Dairy Lovers is Not... 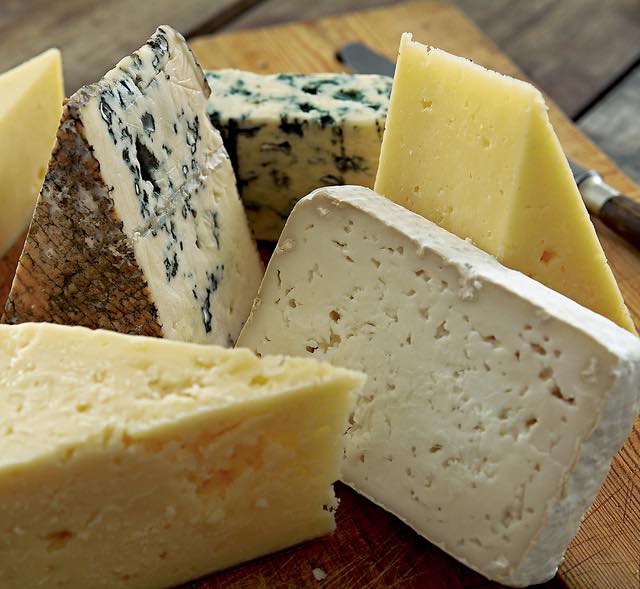 We at GNN are all big cheese fans — the founder’s ancestors were Swiss, she grew up in Wisconsin, and one of our writers (that would be me) is a cheesemonger – so naturally, we were thrilled when this new study found that cardiovascular health was positively affected by choosing cheese over other full-fat dairy sources.

The American Journal of Clinical Nutrition has published multiple studies on the relationship between cardiovascular health, fat content in the blood, and the consumption of saturated fats that are found in cheese. The majority of American dietary guidelines suggest keeping the intake of saturated fats to a minimum, as they are thought to increase cholesterol levels and risk of cardiovascular disease.

But since 2017, new findings are showing that one must look at the whole food item, rather than individual nutrients, in order to determine if it is unhealthy. A report published last May in the same journal details the “Food Matrix Effect”: a phenomenon involving the differences between the effects of whole foods and single-nutrients.

The dairy food matrix in particular seems to show quite the opposite of what fatty food guidelines might suggest. Cheese, for instance, has been shown in the past and present to significantly reduce LDL and HDL cholesterol levels in comparison to butter. High-fat yogurt was found to reduce risk of type-2 diabetes by a whopping 12%, with other high-fat products such as milk, cream, and cheese coming close behind.

RELATED: When Blueberries and Grapes Are Combined, a Dramatic Decline in Memory Loss and Aging – Study

The speculation is that within the creamy goodness of cheese, nutrient molecules are locked within complex structures called matrices which your body requires time to dismantle. The slower release of these nutrients into our bloodstream seems to benefit healthy cardio-metabolic function.

Contrastingly, the dairy food matrix of butter has been linked with increased cholesterol levels and other disease markers, suggesting that each food item needs careful consideration.

However, further on in the report, a stronger case for whole-cheese consumption was made when observations were compiled about the results of studies comparing cheese and other dairy foods to supplements.

LISTEN: Mushroom Coffee – The Science Behind the Trend

Calcium, vitamin D, and protein are all commonly supplemented nutrients that are also present in cheese. Yet for markers of weight loss, bone density, and blood pressure, real cheese won out over the supplements.

The lengthy report concluded with a reminder that cheese and other full-fat dairy products are linked with an inverse effect – a reduced risk of – cardiovascular disease, stroke, coronary heart disease, and type-2 diabetes along with demonstrating the effectiveness of cheese as a delivery method for vital nutrients.

Now it is over one year later and the dairy matrix effect is still being investigated, with this new study from the Institute of Food and Health, University College Dublin, comparing the effect of full-fat cheese and butter on LDL cholesterol levels. Again, even though the saturated fat content is similar, the effect on cardio-metabolic health varies significantly.

The dairy food matrix report is enough to make a cheese-loving man jump for joy, and though further research is always needed to fully understand the role that any kind of food plays in our long-term health, cheese – queso – fromage – formaggio – Kase, seems to be in the clear.

Although the study was funded by dairy interests, The American Journal of Clinical Nutritional states that “No industrial representatives or sponsors participated in or contributed to the scientific paper.”

Brie A Good Friend To Your Fellow Cheese Lovers And Share The Good News – Photo by SkanskaMatupplevelser, CC