Home All News USA Congressman is So Happy Over City’s New Minimum Wage, He Whips Out... 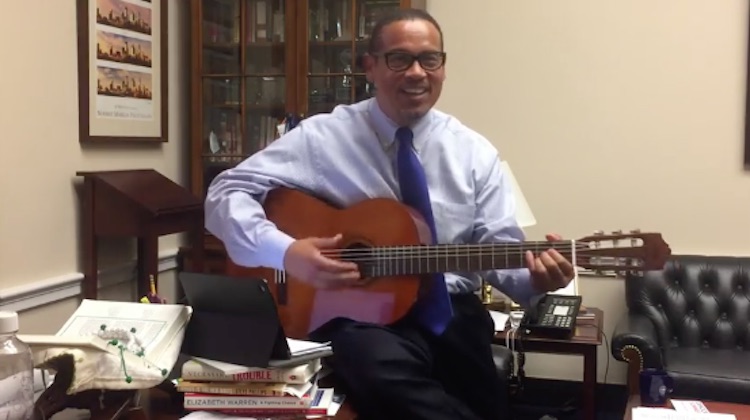 This Congressman was so excited over his city’s new legislation, he couldn’t help but sing a little song in celebration.

Rep. Keith Ellison (D-Minnesota) has been lobbying to raise the minimum wage in Minneapolis for years now – and finally, that dream has come to fruition.

On Friday, the Minneapolis City Council approved new legislation to raise the minimum wage to $15 an hour by the year 2024, making it one of only a few American cities that have implemented laws for higher worker compensation.

That’s why Ellison took to social media with a video of himself playing a little tune on the guitar in anticipation of the new legislation.

In addition to the video, Ellison posted a reminder about why higher minimum wage matters for the city.

“Today, Minneapolis took a big step toward renewing the promise of the American Dream,” wrote Ellison. “‘The American Dream’ should mean that in a country this prosperous, nobody who works for their living should live in poverty. Yet today, working a full-time job at minimum wage doesn’t lift an American worker out of poverty – it keeps her in it.”

A recent survey showed that the average 2-bedroom home in Minneapolis cost roughly $2,000 a month – a whopping price tag for the 71,000 minimum wage workers currently employed in the city.

The first pay raises of the ordinance will begin for larger businesses in January 2018 – however, the deadlines for smaller businesses are set to be slightly more relaxed in order to ease the financial transition.