Home All News Animals Deaf Puppy Gets Sign Language Lessons After Being Adopted By Man Who... 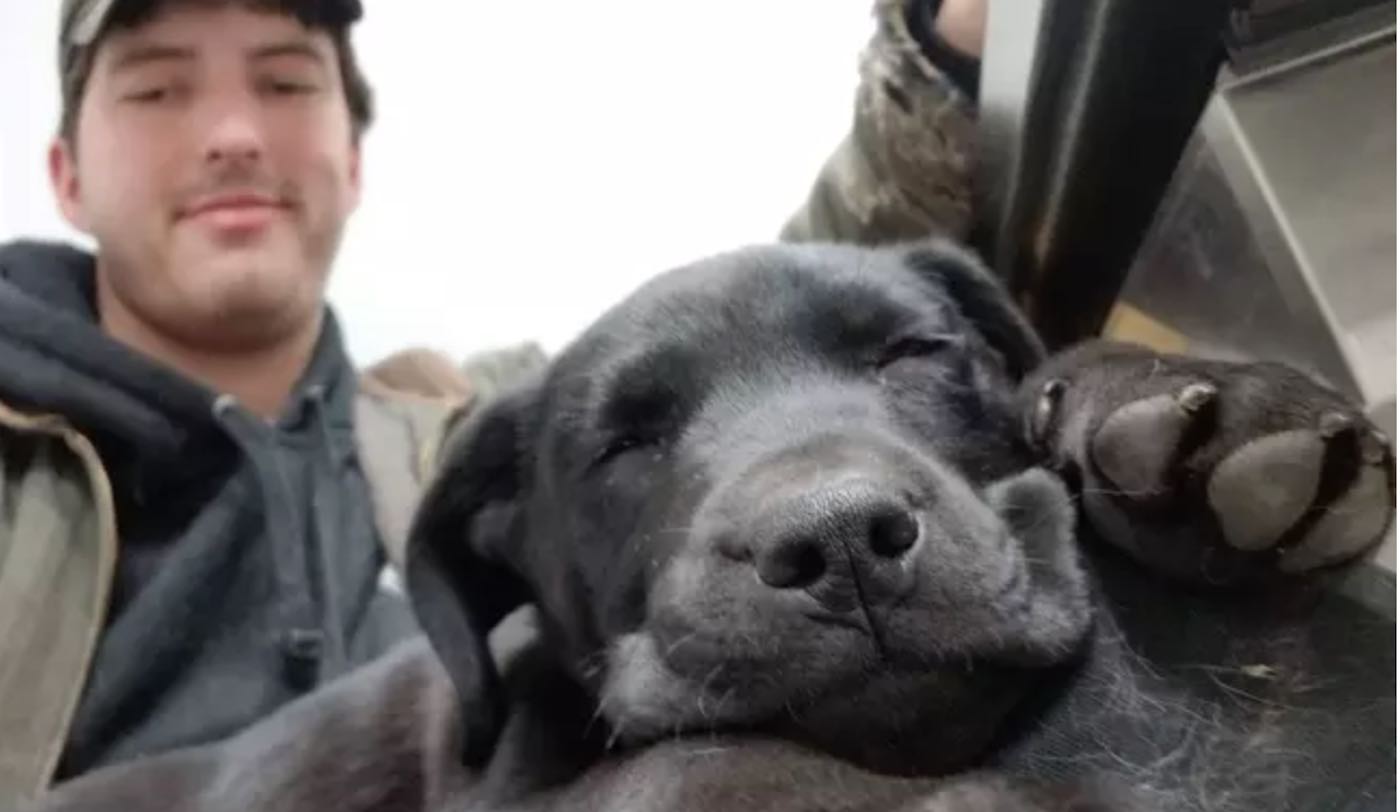 Emerson the puppy was only 6 weeks old when he was dumped at an animal shelter and left to fight for his life against a host of health issues.

Staffers at the NFR Maine animal shelter in North Monmouth, Maine say that in addition to being deaf, the puppy suffered from seizures and canine parvovirus, a highly contagious viral illness.

Despite his struggles, Emerson underwent treatment for the disease and pulled through.

The shelter made a Facebook post about the black Labrador mix in hopes of finding him the perfect home. Several people contacted the shelter to express their interest in adopting Emerson, but when they were eventually contacted by Nick Abbott, staffers knew it was a match made in heaven.

31-year-old Abbott says that he was particularly moved by Emerson’s story on social media because he too is deaf.

“Nick said he was interested in meeting Emerson because they would understand each other, being that they both share the same hearing difficulties,” the shelter wrote on Facebook. “When Nick and his mom walked into the house to meet Emerson, Emerson made a direct line for Nick and sat at his feet.

“That’s all it took. I was sold that this was fate, and these two belonged to each other.”

Abbott and Emerson have now been living with each other for three months, and their relationship is melting hearts across social media. Abbott says that he has been teaching sign language to his canine companion so they can communicate with each other. Just one week after Emerson moved into his new home, Abbott said he already knew the sign for “sit”.

LOOK: 15-Year-old Melts the Hearts of Airline Passengers When She Befriends Blind and Deaf Passenger

“Emerson learned sign language very quickly and it did not take long for him to understand. Good training is the key to a good dog,” Abbott told Pretty52. “So far Emerson knows how to sit, lay down, stay, come and we are currently working on shake.”

Needless to say, the shelter has been delighted by the duo’s success.

“This boy deserved nothing short of a fairy tale ending and that is EXACTLY what he got!!” wrote the shelter. “This will go down in history as one of my all time favorite adoptions stories.”