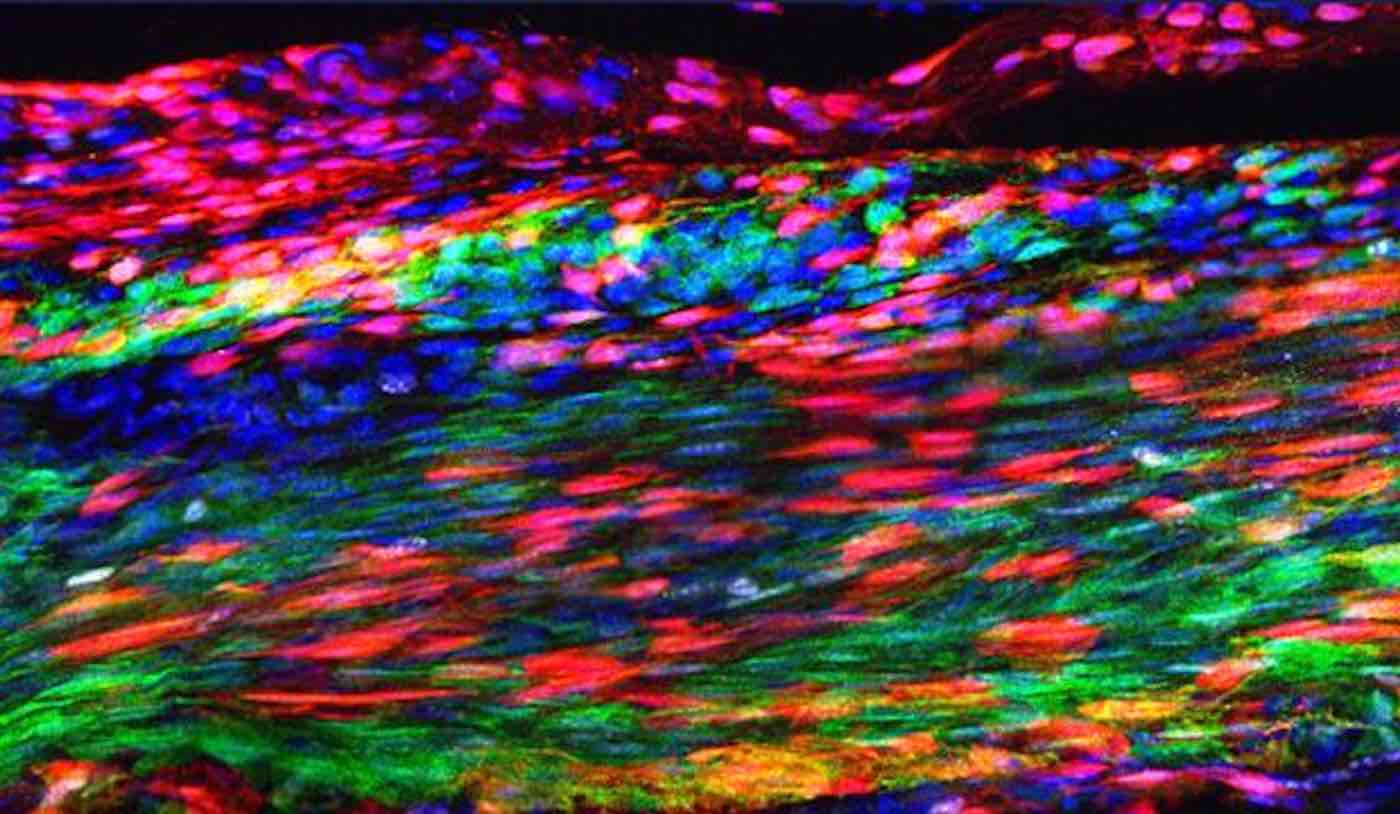 Debilitating tendon injuries may soon be a thing of the past now that researchers have discovered the existence of “tendon stem cells” for the first time.

New research led by Carnegie’s Chen-Ming Fan and published in Nature Cell Biology reveals the existence of tendon stem cells that could potentially be harnessed to improve tendon healing and even to avoid surgery.

“Tendons are connective tissue that tether our muscles to our bones,” Fan explained. “They improve our stability and facilitate the transfer of force that allows us to move. But they are also particularly susceptible to injury and damage.”

Unfortunately, once tendons are injured, they rarely fully recover, which can result in limited mobility and require long-term pain management or even surgery. The culprit is fibrous scars, which disrupt the tissue structure of the tendon.

Working with Carnegie’s Tyler Harvey and Sara Flamenco, Fan revealed all of the cell types present in the Patellar tendon, found below the kneecap, including previously undefined tendon stem cells.

“Because tendon injuries rarely heal completely, it was thought that tendon stem cells might not exist,” said lead author Harvey. “Many searched for them to no avail, but our work defined them for the first time.”

Stem cells are “blank” cells associated with nearly every type of tissue, which have not fully differentiated into a specific functionality. They can also self-renew, creating a pool from which newly differentiated cell types can form to support a specific tissue’s function. For example, muscle stem cells can differentiate into muscle cells. But until now, stem cells for the tendon were unknown.

CHECK OUT: Researchers Create AI System That Can Predict Epileptic Seizures One Hour Ahead of Time With 99.6% Accuracy

Surprisingly, the team’s research showed that both fibrous scar tissue cells and tendon stem cells originate in the same space—the protective cells that surround a tendon. What’s more, these tendon stem cells are part of a competitive system with precursors of fibrous scars, which explains why tendon healing is such a challenge.

“Tendon stem cells exist, but they must outcompete the scar tissue precursors in order to prevent the formation of difficult, fibrous scars,” Fan explained. “Finding a therapeutic way to block the scar-forming cells and enhance the tendon stem cells could be a game-changer when it comes to treating tendon injuries.”

When asked how his team would be continuing their work, Dr. Fan told Good News Network: “As to the next stage of our research, we are tackling two areas. First, we want to find out the fundamental differences between tendon stem cells versus fibrotic scar cells, so we can find ways to enhance the former and eliminate the latter and make healing tendon ‘scar-less’.  Second, we want to be able to grow tendon stem cells for transplantation, so we can speed up the healing process after tendon injuries.”

Reprinted from the Carnegie Institution for Science