Home All News Health Dogs Detecting Lung Cancer With 97% Accuracy May Spell the End of... 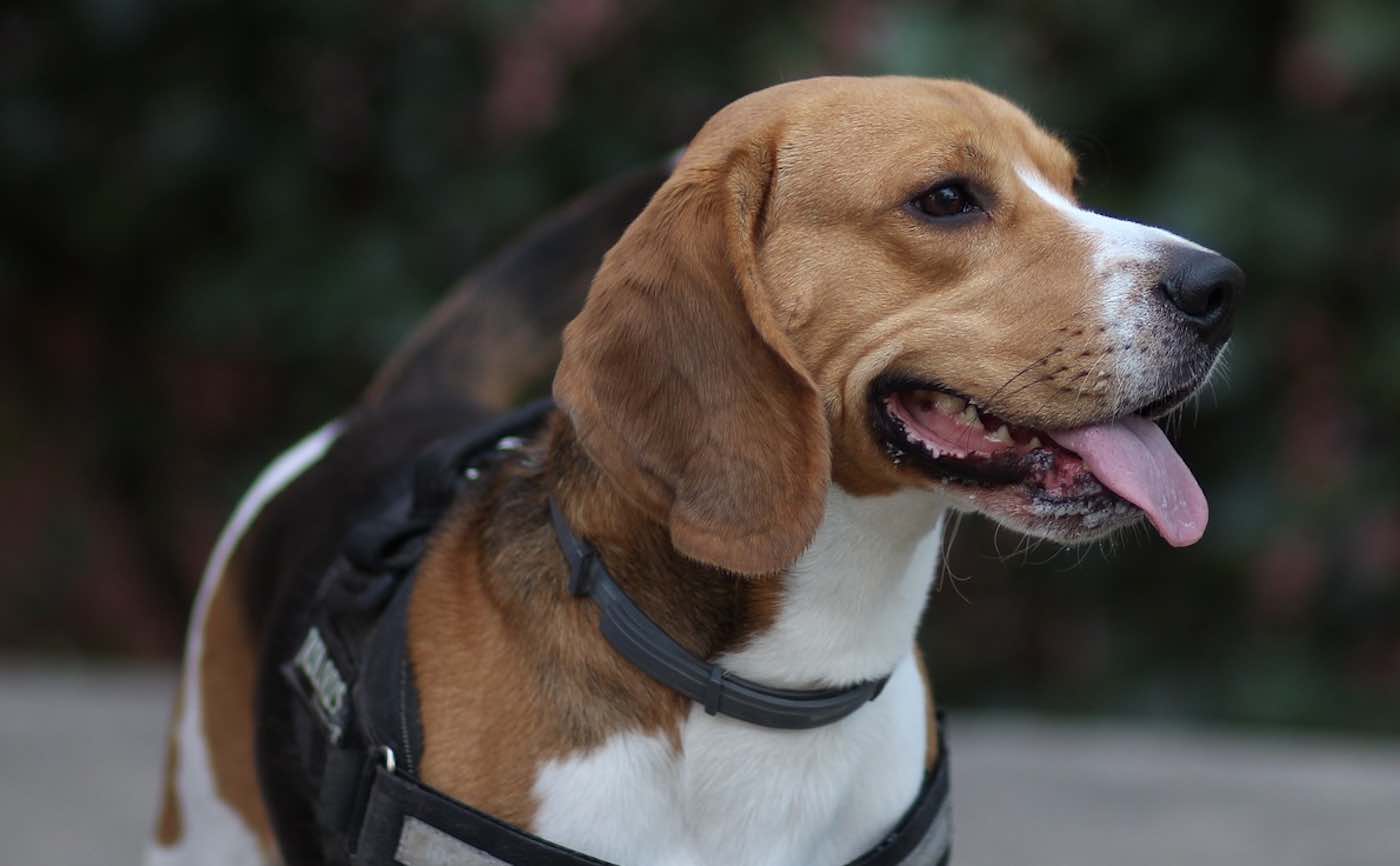 Three beagles successfully showed they are capable of identifying lung cancer by scent, a first step in identifying specific biomarkers for the disease – and researchers say the dogs’ abilities may lead to the development of a safe, effective, and inexpensive means for mass cancer screening.

After eight weeks of training, the beagles – chosen for their superior olfactory receptor genes – were able to distinguish between blood serum samples taken from patients with malignant lung cancer and healthy controls with 97% accuracy. The double-blind study is published in the July edition of The Journal of the American Osteopathic Association.

“We’re using the dogs to sort through the layers of scent until we identify the tell-tale biomarkers,” says Thomas Quinn, professor at Lake Erie College of Osteopathic Medicine and lead author on this study. “There is still a great deal of work ahead, but we’re making good progress.”

The dogs were led into a room with blood serum samples at nose level. Some samples came from patients with non-small cell lung cancer; others were drawn from healthy controls. After thoroughly sniffing a sample, the dogs sat down to indicate a positive finding for cancer or moved on if none was detected.

CHECK OUT: After Breakthrough Trials, Alzheimer’s Vaccine That Uses the Body’s Immune System May Soon Be Tested on Humans

Dr. Quinn and his team are nearing completion of a second iteration of the study. This time the dogs are working to identify lung, breast and colorectal cancer using samples of patients’ breath, collected by the patient breathing into a face mask. Researchers say findings suggest the dogs are as effective detecting cancer using this method.

The next step will be to further fractionate the samples based on chemical and physical properties, presenting them back to the dogs until the specific biomarkers for each cancer are identified. The goal is to develop an over-the-counter screening product, similar to a pregnancy test, in terms of cost, simplicity and availability. Dr. Quinn envisions a device that someone can breathe into and see a color change to indicate a positive or negative finding.

Lung cancer is the leading cause of cancer death worldwide for both women and men, and more than 200,000 people annually in the United States receive a diagnosis of lung cancer. The five-year survival rate for stage IA non-small cell lung cancer (NSCLC) is 92%. That drops to 13% in stage IIIC NSCLC, and after metastasis, the five-year survival rates range from 10% to less than 1%, depending on the stage.

Dr. Quinn believes his research can lead to better screening and diagnosis solutions, potentially creating a change in cancer detection.

“Right now it appears dogs have a better natural ability to screen for cancer than our most advanced technology,” says Dr. Quinn. “Once we figure out what they know and how, we may be able to catch up.”

Reprinted from the American Osteopathic Association