Home All News USA Appalachian Coal Miners Who Lost Their Jobs Are Being Retrained as Beekeepers... 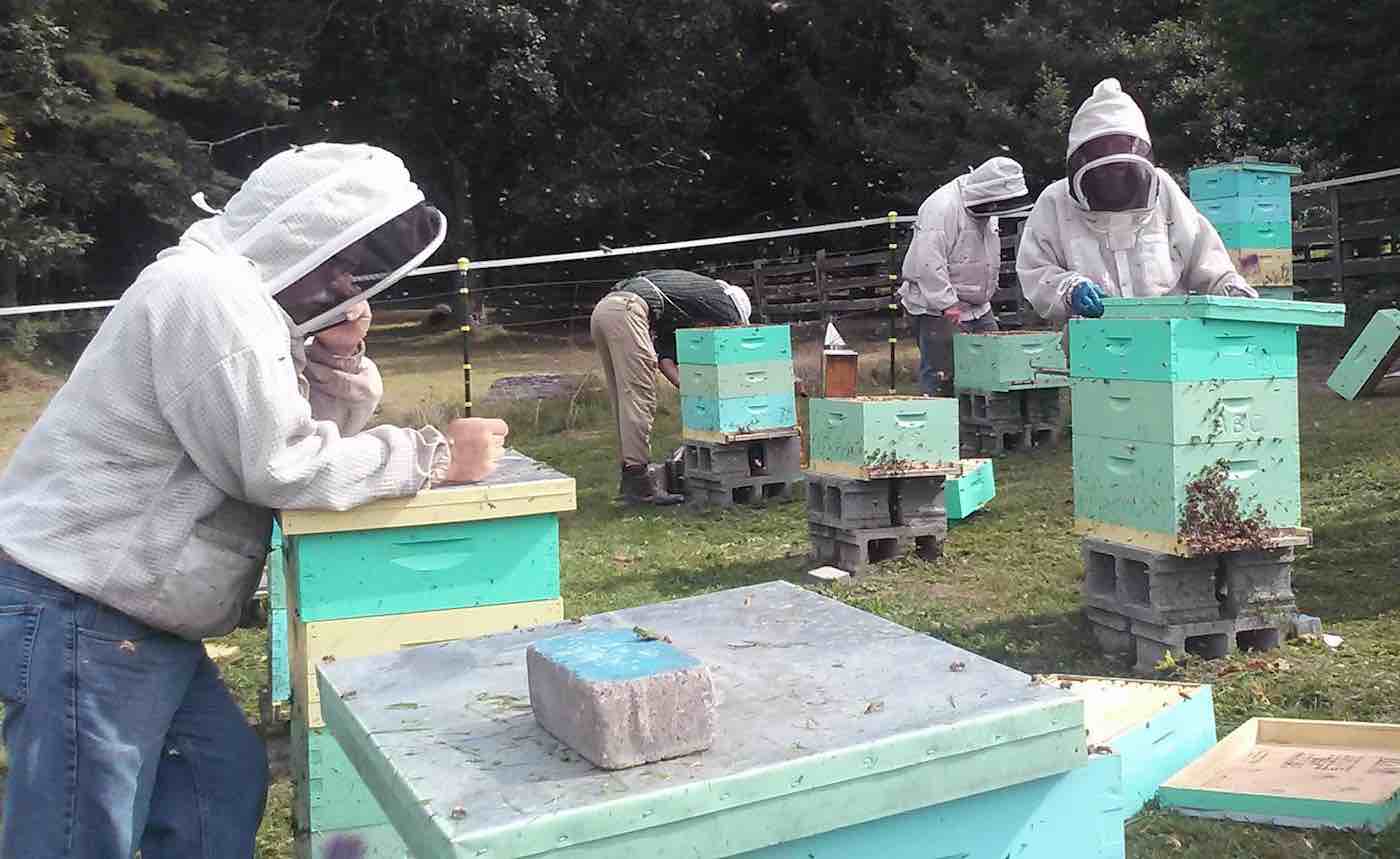 With the slow decline of the coal industry, West Virginia residents are enthusiastically taking to bee-keeping as an alternative new source of income

Over the course of the last 28 years, high-paying mining jobs have dwindled from 132,000 to 53,000, and former mineworkers have found themselves in need of a new occupation.

Now, a recently-formed nonprofit called the Appalachian Beekeeping Collective has offered a solution for the economic hardship in the region.

So far, the organization has trained 35 beekeepers, with plans to train another 50 during the upcoming weeks. Once the budding beekeepers complete the free training, they are also given all the equipment they will need for their new profession.

“Most of the coal miners are hardworking people,” one local resident told NPR. “With what Appalachian Beekeeping Collective is doing, teaching us how to make a profit from beekeeping, I think we can all make a good go of it and get back to work.”

Cindy Bee (that’s her real name) is a master beekeeper from Georgia who works at Appalachian Headwaters, the nonprofit organization behind the Collective. She believes that beekeeping may be the answer for West Virginia’s financial struggles.

“It wasn’t just the miners that lost their livelihoods when mining jobs disappeared; other industries started to wilt, too, and entire communities were affected,” Bee told the news outlet. “We’re doing something that can boost the town up.”

MORE: Company is Offering to Retrain Coal Miners as Wind Farmers For Free

A strong beehive can produce between 60 to 100 pounds of honey per season – honey that the Appalachian Beekeeping Collective plans to buy back from its former trainees at roughly $7 per pound. Considering beekeepers maintain 10 to 15 beehives at a time, one can see how this has the potential to revitalize rural economies.

Jodi Helmer, the North Carolina journalist and beekeeper who wrote the article for NPR, didn’t mention the overall decade-long decline of bees or colonies in the U.S., but estimated that 20 hives could mean nearly $15,000 per season, with plenty of time for other work on the side. “There are also opportunities to produce candles, lip balm and other wax products with additional training offered through the organization.”

“Now that I know about all of the possibilities for making money from my hives, I’m all in,” one resident said enthusiastically. “I need this extra income, and I’m going to be big time with this.”