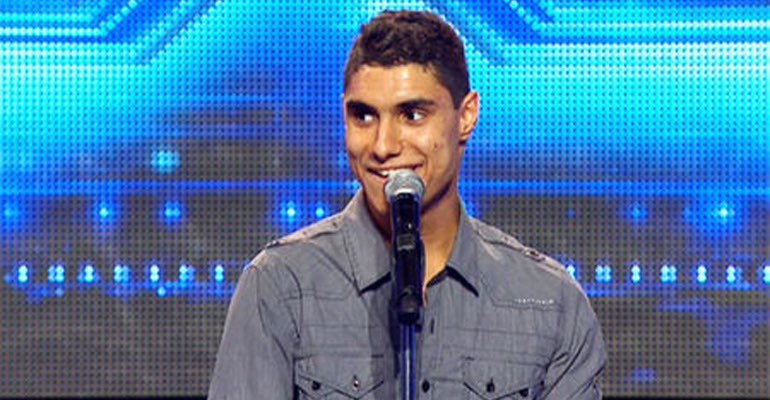 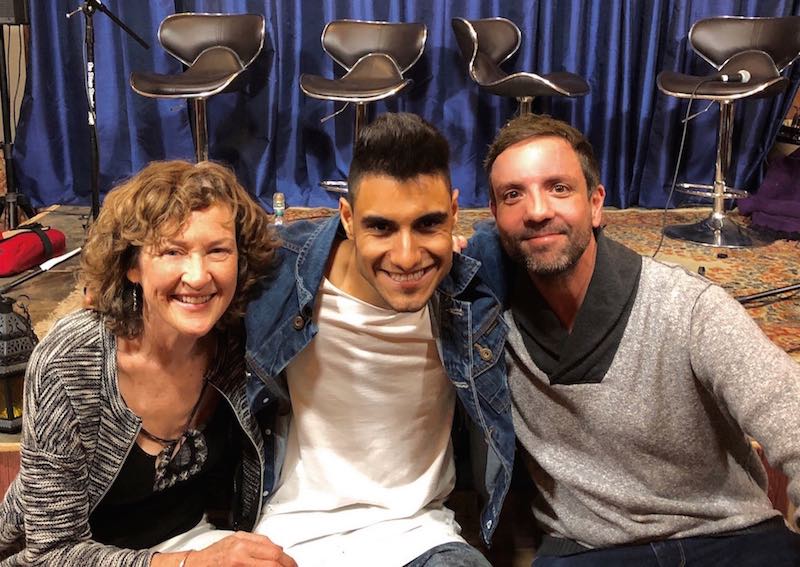 Born into war torn Iraq and abandoned by his parents as a baby, Emmanuel was rescued from an orphanage by Moira Kelly and brought to Australia for life changing surgery.

He always dreamed of becoming a professional recording artist. He won the chance in 2011 when he appeared on The X Factor and his rendition of “Imagine” moved the judges and thousands of people in the audience to tears— and earned himself a standing ovation.

On January 23, Kelly appeared at the premiere of Good News Weekly – LIVE, a free event in Los Angeles which is simultaneously streaming on the GNN Facebook Page.

The event was presented and recorded for a podcast and video at the iconic music recording venue at 6365 Selma Avenue, now known as Liberate Hollywood. (Check their calendar for future GNN Weekly Live events.

•  Get a Lightening Round of Good News from GNN Founder Geri-Weis-Corbley.

•  Enjoy an interview by producer Anthony Samadani for his Good Currency Podcast that delved into how the vocalist overcame such huge obstacles.

WATCH the show now on the GNN Facebook Page. 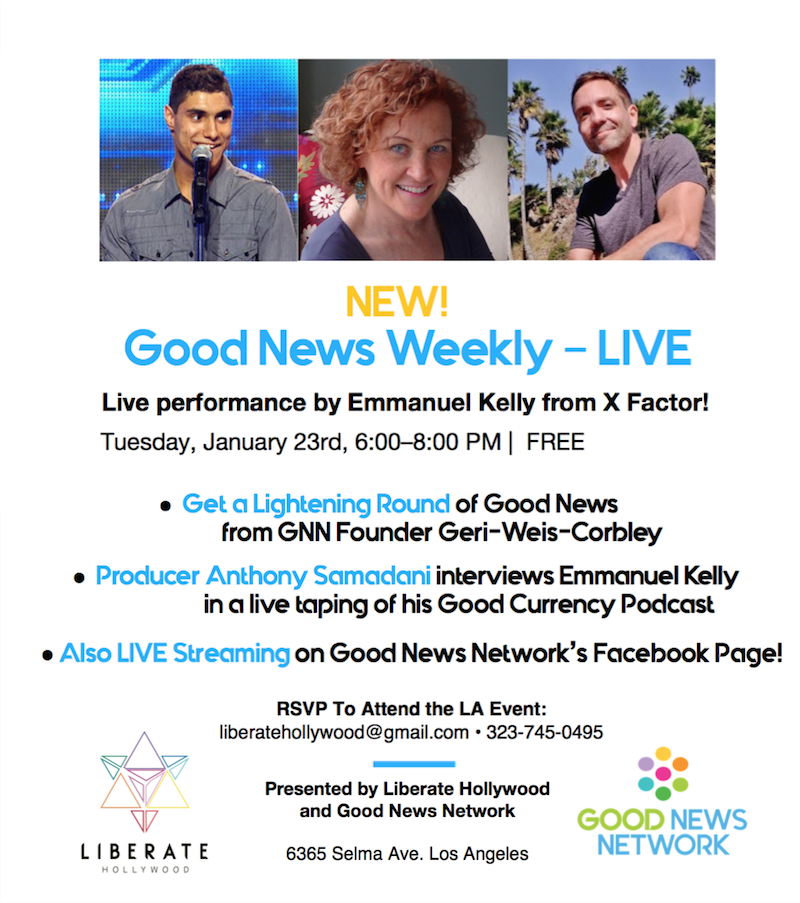