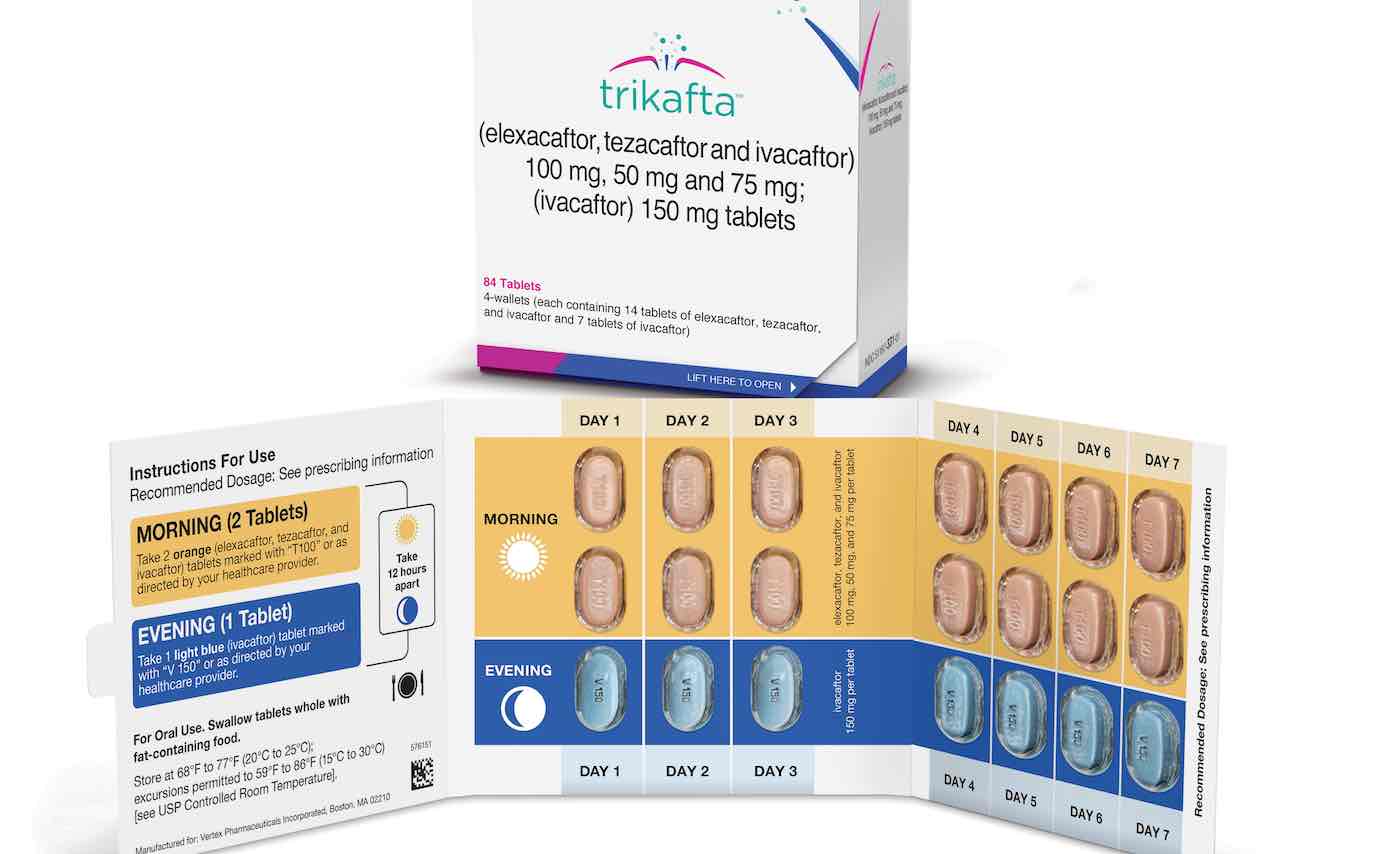 The US Food and Drug Administration (FDA) has just approved a groundbreaking new treatment for cystic fibrosis—and it is the first treatment that has been developed for the disease in several decades.

The newly-approved Trikafta medication, which was developed by Vertex Pharmaceuticals, can be used to treat patients 12 years and older with cystic fibrosis who have at least one F508del mutation in the cystic fibrosis transmembrane conductance regulator (CFTR) gene.

While there are approximately 2,000 known mutations of the CFTR gene, the most common mutation is the F508del mutation—and Trikafta is the first approved treatment that is effective for these cystic fibrosis patients, which make up approximately 90% of the those with the disease.

Cystic fibrosis, a rare, progressive, life-threatening disease, results in the formation of thick mucus that builds up in the lungs, digestive tract, and other parts of the body. It leads to severe respiratory and digestive problems as well as other complications such as infections and diabetes. Cystic fibrosis is caused by a defective protein that results from mutations in the CFTR gene.

In each trial, the primary analysis looked at increases in the percent predicted forced expiratory volume in one second, known as ppFEV1, which is an established marker of the lung disease’s progression.

CHECK OUT: After Her Years of Research, a Cambridge Scientist Could Be on the Verge of Curing Multiple Sclerosis

The Cystic Fibrosis Foundation (CFF)—which is the world’s leader in the search for a cure for CF—hailed the FDA’s approval of the treatment as “the single greatest therapeutic advancement in the history of CF.”

Back when the foundation formed in 1955, there were no available treatments for the disease. Now, CFF President and CEO Dr. Preston Campbell says: “We at the CF Foundation, and many in the CF community, have dreamed about this milestone for decades.

RELATED: After 68% of Patients Were Cured of PTSD in Phase-2 Trials Clinics May Soon Offer MDMA Therapy

“Throughout my decades as a clinician caring for people with CF, I’ve looked forward to the day when we would be able to dramatically transform the treatment of this disease. I’m deeply grateful to be able to say that day is here.”

A Vertex representative told KXAN that the drug will be commercially available for roughly $311,000 per year, but he says they are confident that insurance companies will be ready to alleviate the financial burden of the treatment based on their research results.