He was a star on the professional fight circuit, a mixed martial artist who dominated the competition. But Justin Wren gave it all up to help a little known and long suffering group of people in the remote rainforests of the Congo. They captured Wren’s heart and changed his life just as he changed theirs.

It all started back in 2011, when he was faced with a decision to accept a new fight. He had already conquered the drug addiction and depression that took its toll following a painful injury and his stint on a Reality TV fight show.

He prayed for guidance and says a vision came to him. He saw himself in the jungle, and there were hurting people who were sick, withering from hunger, and enslaved by people who “just hated them.”

When he finally revealed the vision to his friend, he was told, “Oh yeah, that’s the Pygmies.” 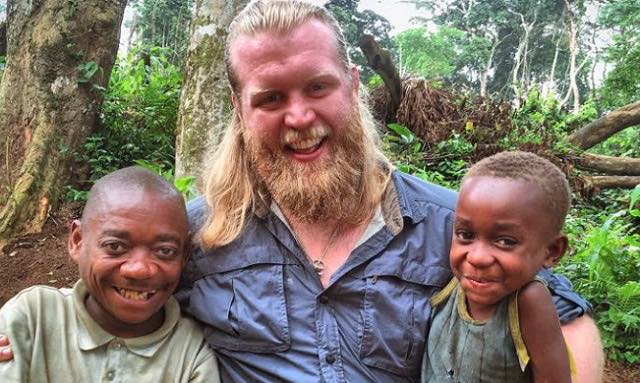 Wren had been searching for meaning and purpose in his life, so he decided to forego the fight and fly to Africa. He found his life’s calling among the Mbuti Pygmy people of eastern Congo, the oppressed, ethnic group that he now calls his “family.” 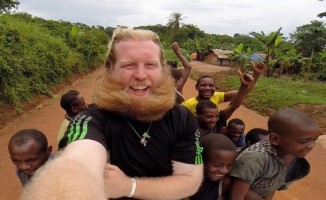 Before Wren arrived, thousands were living in poverty, clean water was scarce, and according to human rights groups, they were often victimized and enslaved by those who consider them subhuman.

For the past four years, Wren has helped them dig wells for clean water, grow and harvest their own food, and buy back land that was taken from them. He’s also working to replant trees in areas deforested by companies seeking to exploit the minerals there.

Before he came along, the community didn’t know how to grow any food. They just foraged and hunted. Now, they harvest ten different types of crops, including yams, potatoes, corn, peanuts and bananas. 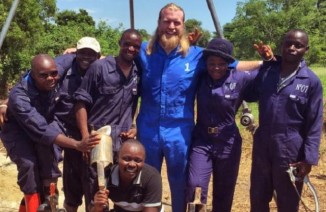 At 6-foot-three, 246 pounds, Wren may look out of place among the pygmies, but the bearded, heavyweight fighter formerly known as “The Viking,” is now affectionately called, “The Big Pygmy.”

He started a charity called Fight for the Forgotten, dedicated to helping the Pygmies, who describe themselves as “the forgotten people.”

Last week, after a five year absence, Wren jumped back into the mixed-martial arts cage to do battle, not for himself but to bring attention and money to their cause. He won his fight and will donate 100% of his victory bonuses to the creation of more wells. He’s also written a book, Fight for the Forgotten, about his adventures with the Pygmies to raise even more money.

“It’s an opportunity to fight for something much bigger than myself, and fight for my Pygmy family,” says Wren, who thinks each victory in the cage will fund 5-8 new water wells. 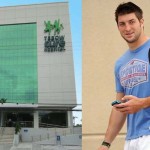 Wren’s foundation, in partnership with the non-profit group Water4, has deployed 20 full-time employees. They have dug 25 wells and purchased nearly 2,500 acres of land for his growing family.

For the man who says he once felt like he had a “hole in his soul,” helping to restore dignity to these vulnerable people has also satisfied his own search for the most important fight of his life.