Home All News Inspiring Firefighters Soothe ‘Very Scared’ Little Girl By Asking Her to Paint Their... 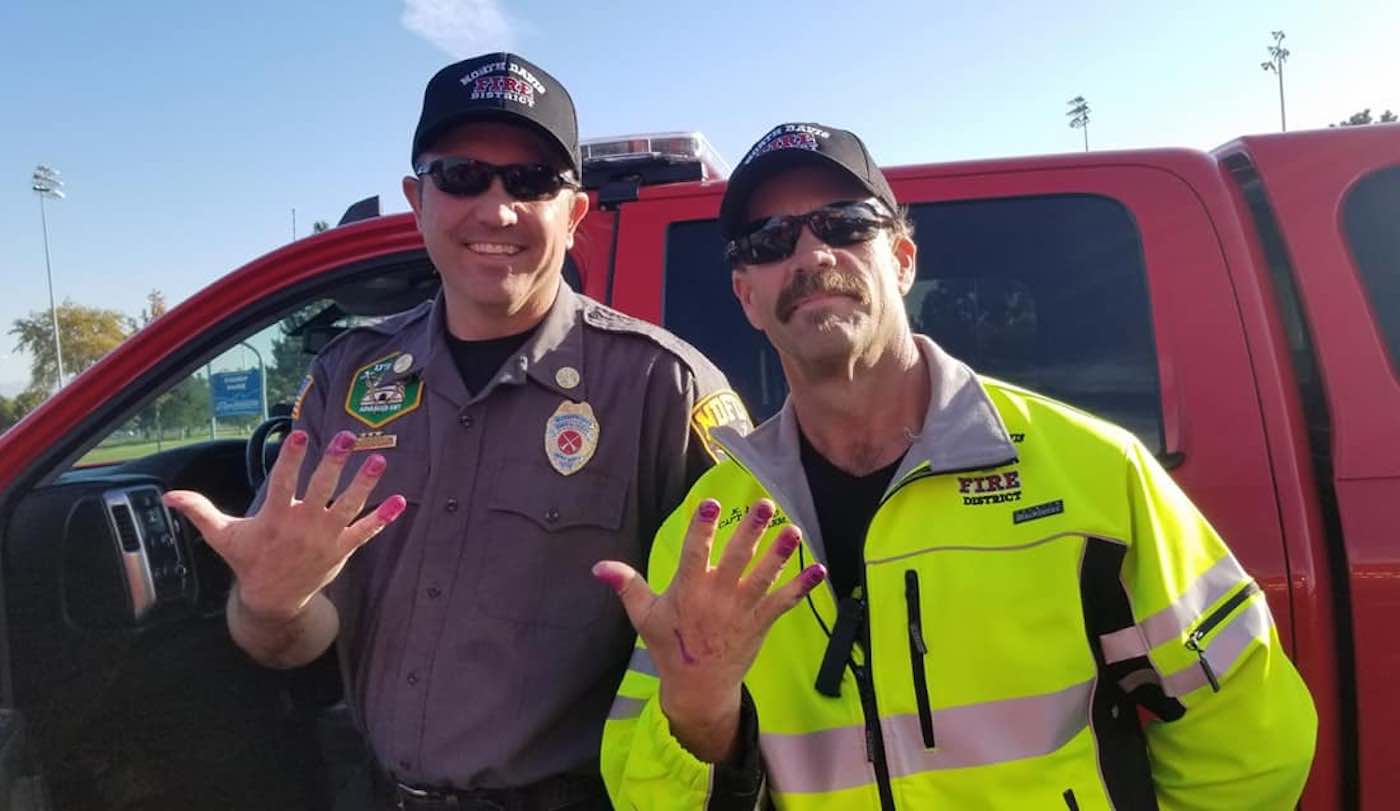 These two Utah firefighters went above and beyond the call of duty to calm an anxious little girl who had just gotten out of a car collision.

According to a Facebook post from the North Davis Fire District, Chief Hadley and Captain Lloyd were some of the first responders to arrive on the scene of the crash earlier this week.

Though none of the drivers or passengers were seriously injured in the collision, there was a screaming little girl who was “very scared” from the experience.

MORE: When Bus Driver Sees His Students Waiting in Weeds, He Returned to Mow the Entire Bus Stop

“After noticing the child was holding bottles of fingernail polish, these two officers started talking to her about her polish and asked her if she would paint their nails,” says the post.

“Within minutes, the child was calmly paining their nails and had forgotten about the accident she had just experienced.”

Though the manicure was not necessarily the tidiest paint job, thousands of social media users have praised the firefighters for their kindness.