Home All News Inspiring Flight Crew and Passengers in First Class All Welcome Boy With Autism... 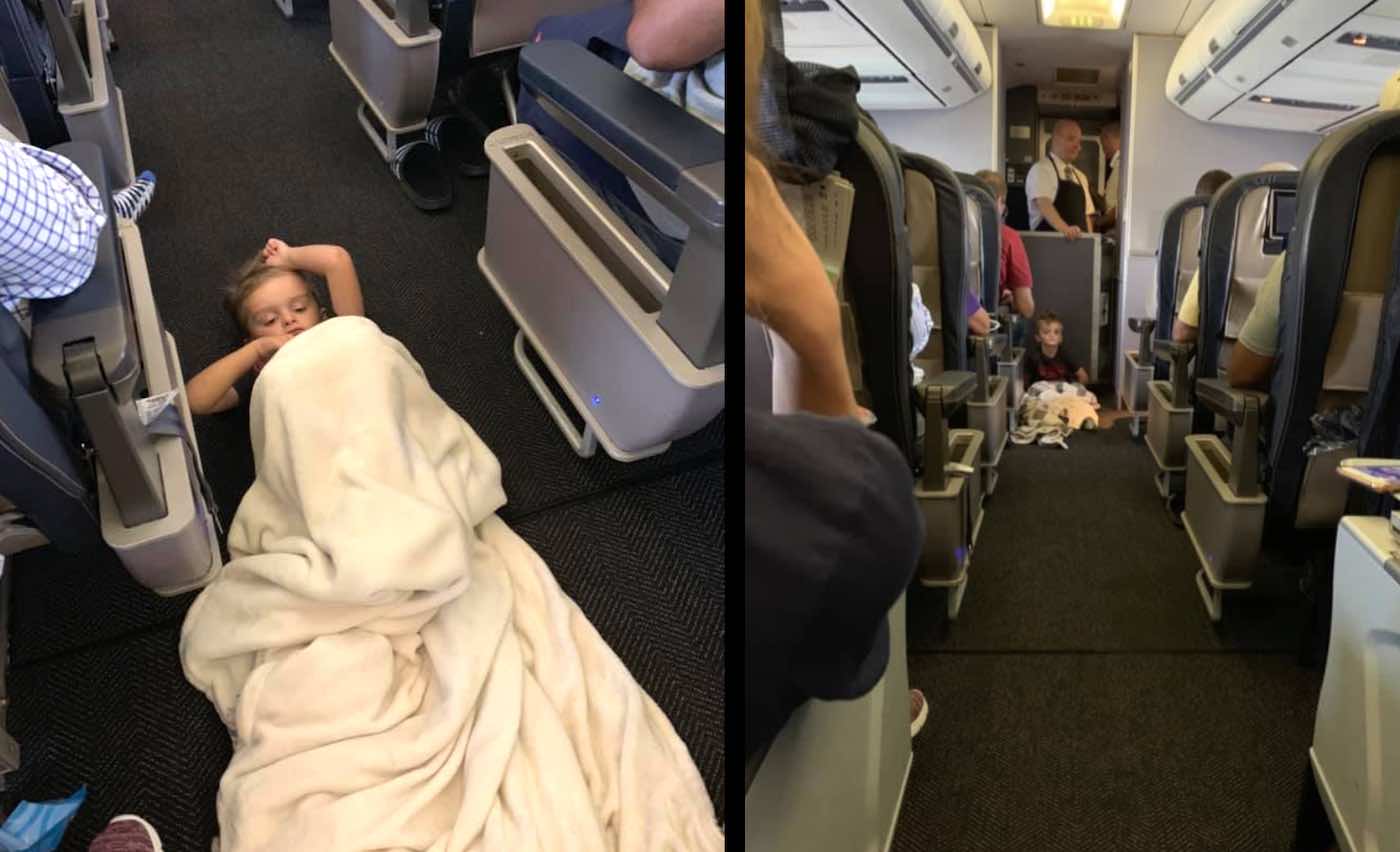 When a 4-year-old boy with autism began having a meltdown on a United Airlines flight last month, his mother was astonished by the kindness shown to them by the passengers and crew.

Lori Gabriel says that her son Braysen usually loves to fly—but on this particular flight from San Diego to Houston, the boy was having a hard time.

As the flight attendants were preparing for takeoff, Braysen refused to sit in his seat.

“It was impossible to restrain him. He was fighting both me and his father,” Gabriel told CNN. “It took the both of us to try to get him back to his chair and get his seat belt back on. He started kicking, screaming and hitting.

“That’s when a flight attendant came over and told us the flight couldn’t take off until he was seated. I told her the boy has autism, we’re trying, give us a minute.”

Gabriel and her husband were still struggling to restrain their son when the flight attendant suddenly returned with two other crew members and earnestly asked how they could help.

For starters, the flight attendants allowed Braysen to sit on Gabriel’s lap for takeoff. Once the seatbelt sign turned off, the boy began kicking and screaming again because he wanted to sit on the floor.

According to his mother, this is because the vibrations of the plane help to soothe him when he is overstimulated—so the crew members invited him to sit on the floor next to their seats.

Braysen eventually moved to sit on the floor in first class where he began kicking a man’s seat.

“Braysen seemed happy there, so we didn’t want to move him,” Gabriel continued telling CNN. “So I told the man ‘I’m sorry,’ but he said he didn’t mind, he introduced himself to Braysen and gave him high fives. He said, ‘He can kick my chair, I don’t care.’”

The first class passengers and flight attendants then spent the rest of the flight chatting with Braysen, showing him pictures, and encouraging him to sit wherever he wanted.

Not only that, an off-duty United Airlines flight attendant who had been a passenger on the flight hugged Gabriel after the plane landed and gave her handwritten note of appreciation.

The note read: “Do not ever let anyone make you feel as though you are an inconvenience or a burden. He is a blessing. God bless your patience, your love, your support, and your strength. Continue to be superwoman and know that you and your family are loved and supported.”

Overwhelmed with gratitude for the passengers and attendants, Gabriel made a Facebook post praising everyone for their compassion—and it ended up being shared more than 1,000 times.

“I’m just overwhelmed from all this kindness, it makes me want to cry,” she told CNN. “For the first time, people have been very understanding and helpful about Braysen’s autism … It gives me a lot of hope for the future.”